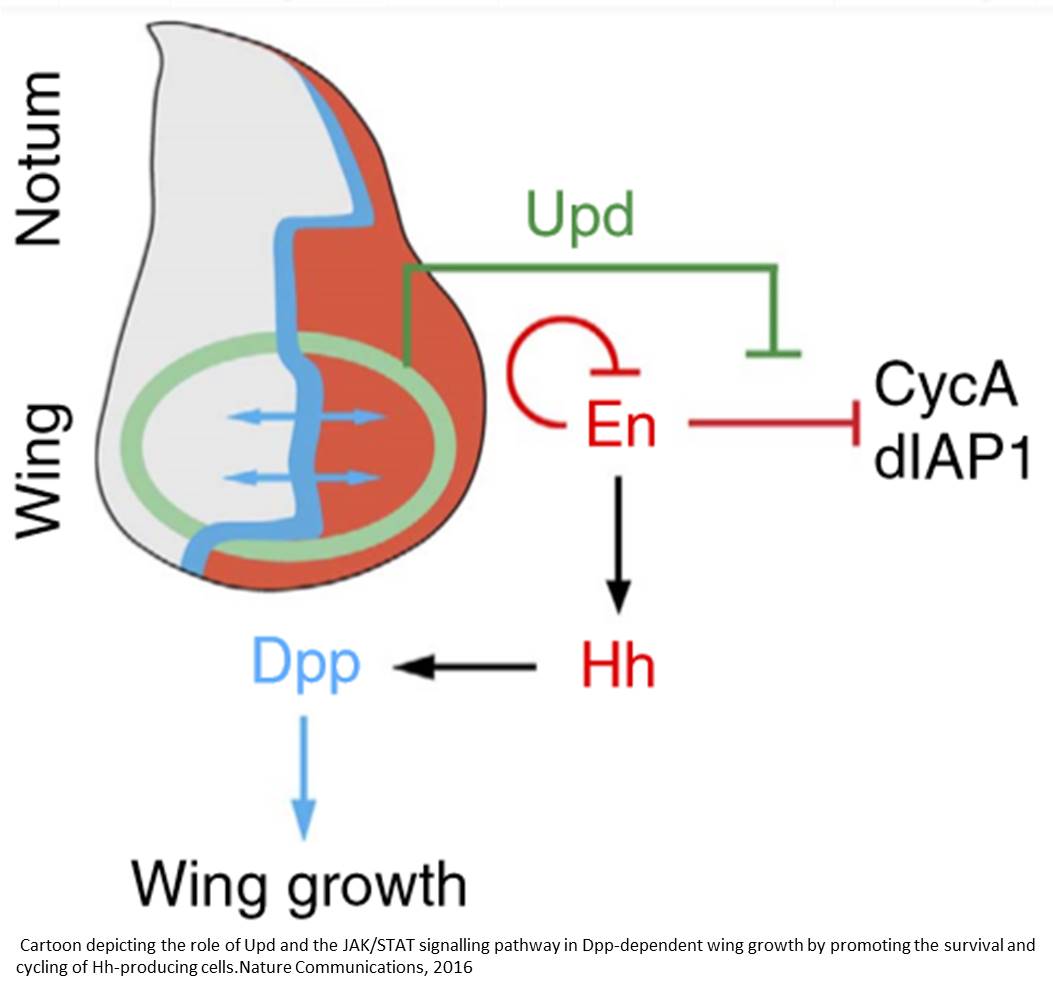 In Nature Communications, the scientists conclude that the JAK/STAT signalling pathway, known to be tightly linked to inflammatory processes and tumor growth, determines where, when and how a wing develops in Drosophila.

A graduate student has discovered that "JAK/STAT appears at key time points in the development of the appendage and that it collaborates with Wingless/Wnt, Dpp/BMP and Hedgehog in wing specification and growth". These findings pave the way to studying the participation of JAK/STAT in human development and its possible implications in congenital diseases that involve limb malformation.

This work has identified three defined functions of JAK/STAT in fly development. First, it cooperates with Wingless (Wnt in humans) to specify where the wing will develop. Second, it helps cells that produce Hedgehog (Sonic hedgehog in humans) to survive and proliferate in order to induce the expression of Dpp (BMP in humans), a molecule that organises the patterning and growth of the whole wing. And third, it delimits the action of Dpp so that the wing grows in the right place.

In summary, JAK/STAT controls the three main cell signals responsible for the specification and growth of limbs, both in vertebrates and invertebrates. The presence of extra chromosomes leads to genomic instability