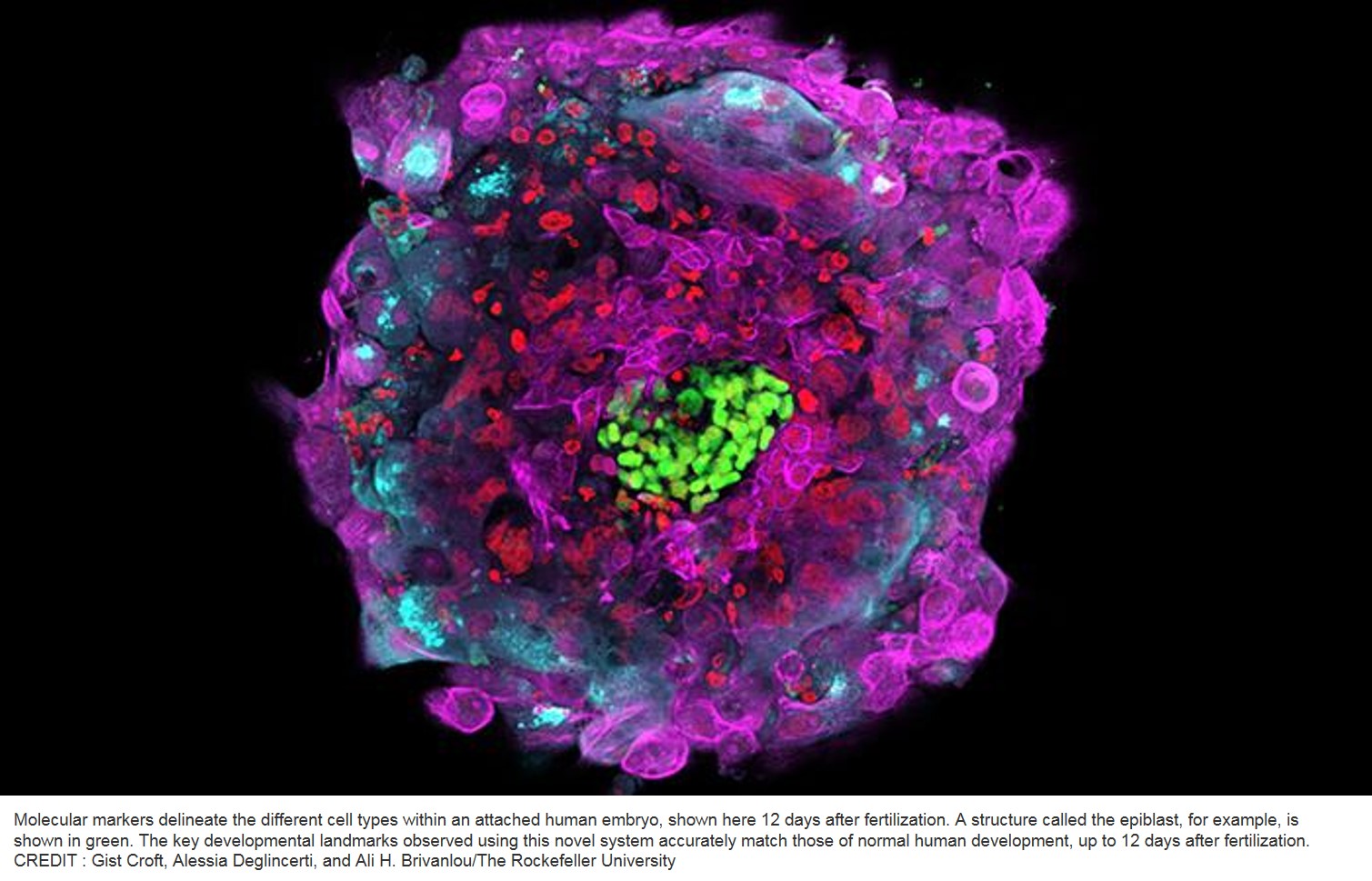 Implantation is a crucial step in human development. Occurring shortly after fertilization, implantation is the process by which the small, hollow ball of cells called a blastocyst attaches to the uterus, allowing an embryo to begin to take shape.

New research from scientists at The Rockefeller University shows, for the first time, molecular and cellular processes in human development that occur up to day 14 after fertilization. Published in Nature, the breakthrough system is the first in which the process of implantation has successfully been replicated in an experimental setting, outside of the uterus. This novel technique vastly expands the ability to answer basic questions about our own development, as well as to understand early pregnancy loss.

Previous research established a similar method using mouse blastocysts, after multiple attempts to define the right combination of factors. One known difference between mouse and human development is the shape the blastocyst is in as implantation occurs--it is oblong in mice but shaped like a disk in humans. "We actually reproduced the disk," says the author.

Once the system was in place, the researchers determined that the embryos displayed the landmarks characteristic of normal development, including the timing of key events that occur in early embryonic development up to 12 days after fertilization. Viewing this stage of development in such detail for the first time also uncovered some surprises.

For one thing, there were unexpected differences between the team's observations in humans and previous findings from the mouse experiments.  Also unexpected was a phenomenon they observed known as self-organization. In simple terms, self-organization is when parts of a system become ordered without any outside influence, and it is seen across both living and non-living systems. One example is the formation of a snowflake, where independent water molecules get together in symmetrical shapes and forms with no external force. On a larger scale, self-organization is a factor in the formation of galaxies and cosmos.

The scientists originally hypothesized that implantation induced molecular crosstalk necessary for development. They continue to believe this dialogue happens, but their findings indicate that this is not required up to day 12.

This new method opens the door to a wide variety of studies, never before possible, on the molecular events that occur during the very earliest stages of human development.