Why males have higher incidence of autism 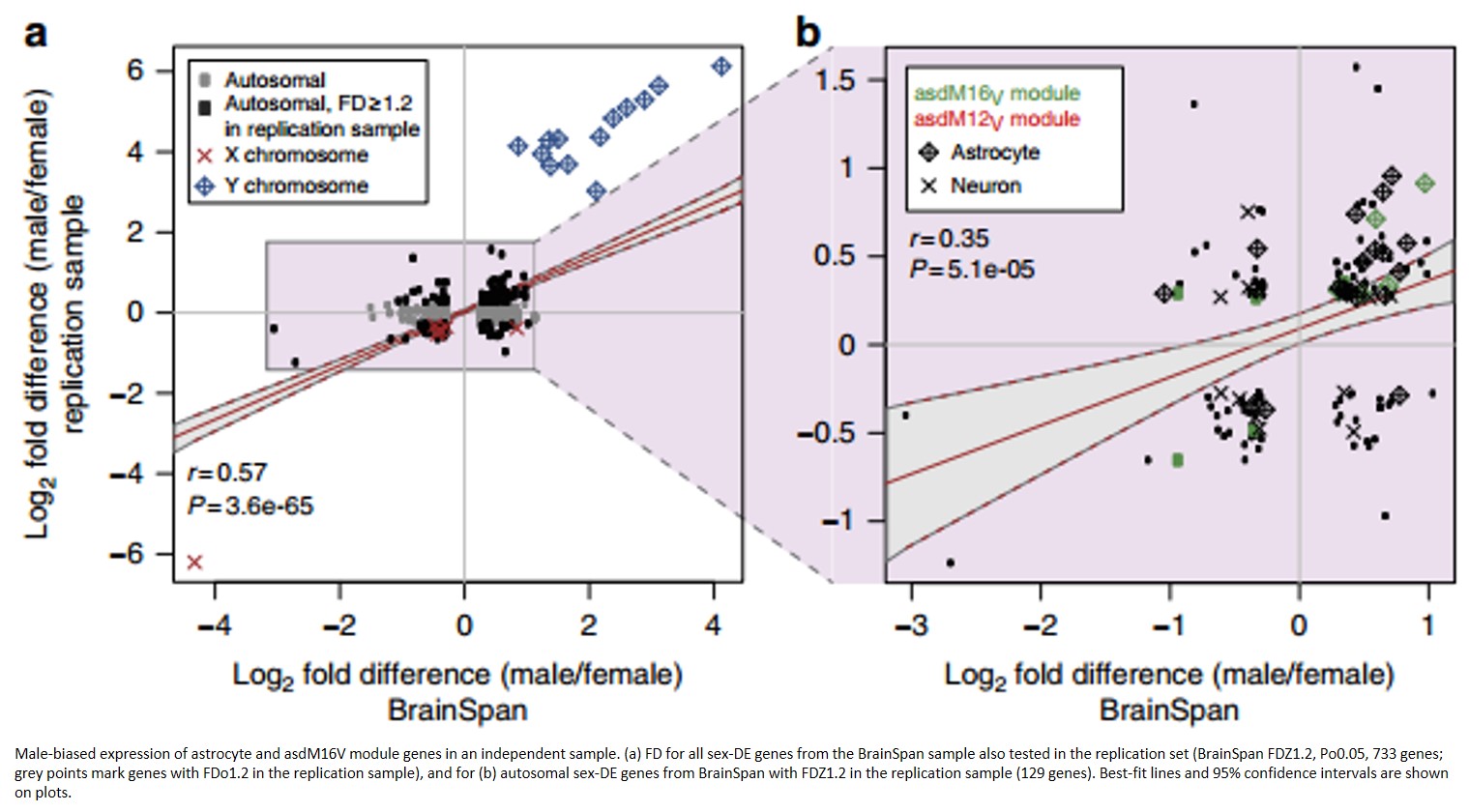 Autism spectrum disorder (ASD) is more prevalent in males, and the mechanisms behind this sex-differential risk are not fully understood. Two competing, but not mutually exclusive, hypotheses are that ASD risk genes are sex-differentially regulated, or alternatively, that they interact with characteristic sexually dimorphic pathways.

Authors find no evidence for systematic sex-differential expression of ASD risk genes. Instead, they observe that genes expressed at higher levels in males are significantly enriched for genes upregulated in post-mortem autistic brain, including astrocyte and microglia markers.

This suggests that it is not sex-differential regulation of ASD risk genes, but rather naturally occurring sexually dimorphic processes, potentially including neuron–glial interactions, that modulate the impact of risk variants and contribute to the sex-skewed prevalence of ASD.