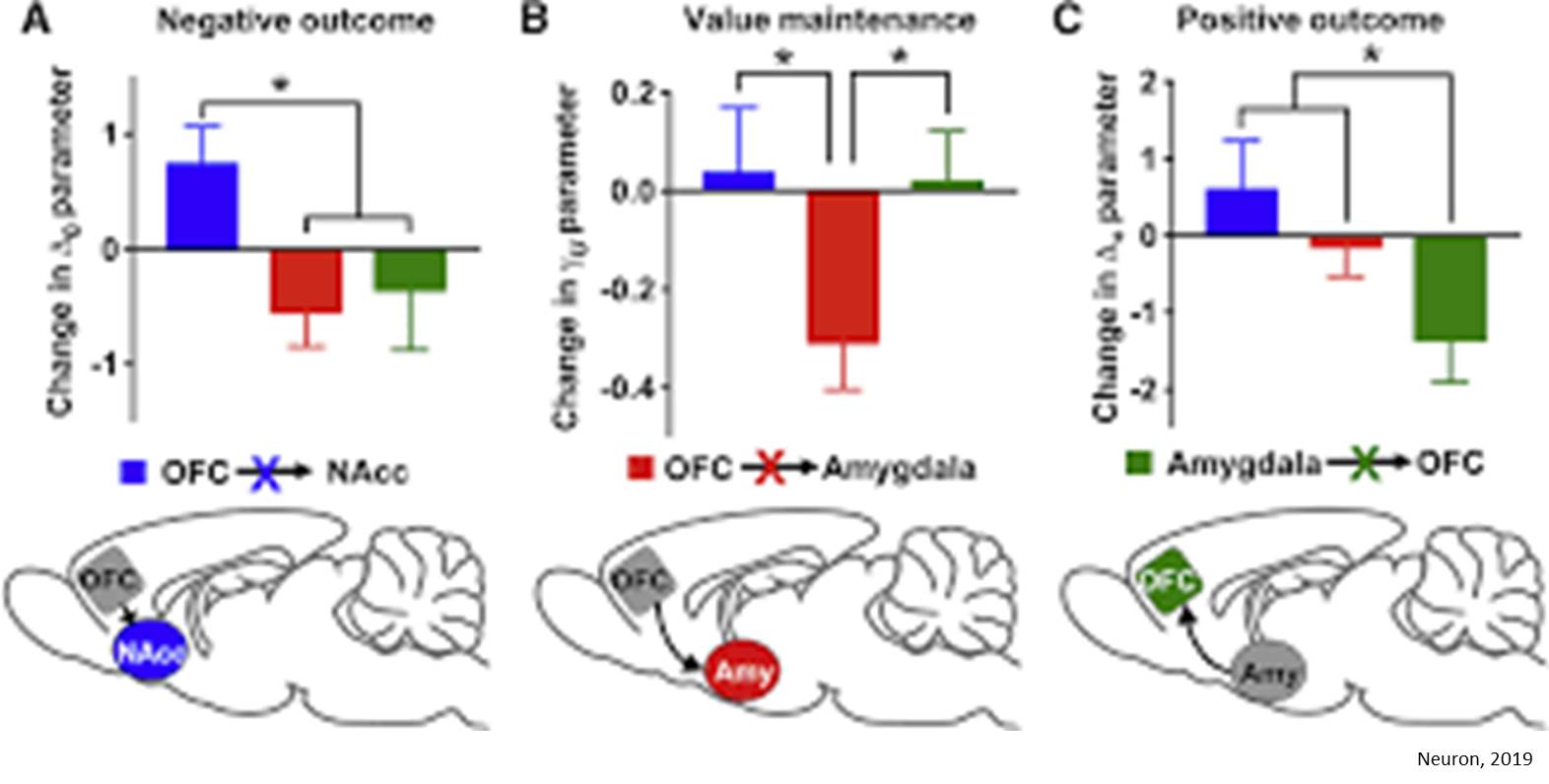 A prevailing theory in neuroscience holds that people make decisions based on integrated global calculations that occur within the frontal cortex of the brain.

However, researchers have found that three distinct circuits connecting to different brain regions are involved in making good decisions, bad ones and determining which of those past choices to store in memory, they report in the journal Neuron.

"Specific decision-making computations are altered in individuals with mental illness," said senior author of the study. "Our results suggest that these impairments may be linked to dysfunction within distinct neural circuits."

Researchers used a new tool to manipulate brain circuits in rats while they were making choices between actions that led to them receiving rewards or no rewards. The authors found decision-making is not confined to the orbital frontal cortex, seat of higher order thinking. Instead, brain circuits from the orbital frontal cortex connecting to deeper brain regions performed three different decision-making calculations.

Alterations to these circuits may help explain a hallmark of addiction - why people continue to make harmful choices even after repeated negative experiences, researchers say.

The researchers previously showed that some of the same brain computations were disrupted in animals that had taken methamphetamine.

"Because we used a test that is equivalent to those used in studies of human decision- making, our findings have direct relevance to humans and could aid in the search for novel treatments for substance abuse in humans," the senior author said.