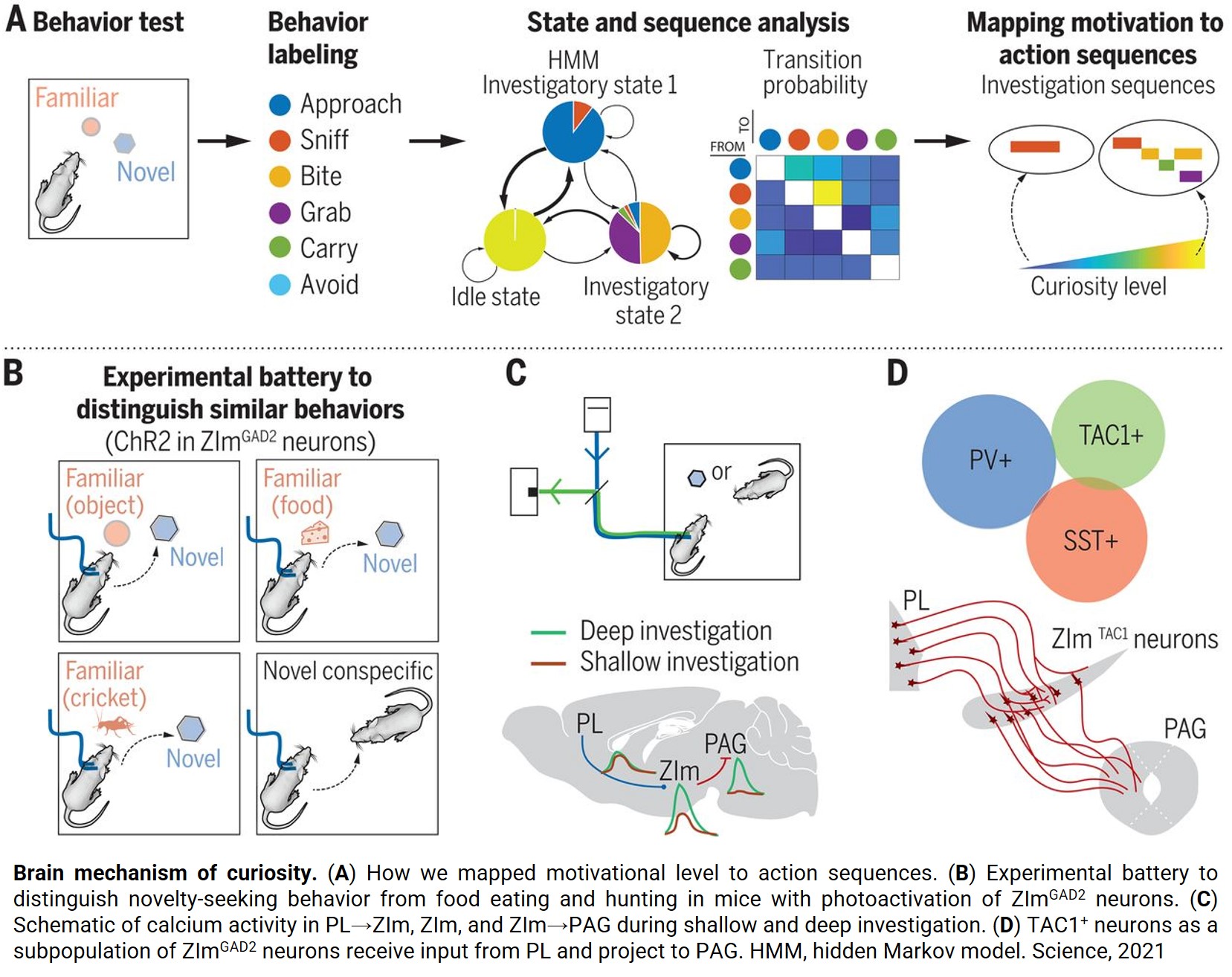 A subpopulation of neurons in the brain's zona incerta, or "zone of uncertainty," drives investigatory and novelty-seeking behavior in mice, according to a new study. The findings reveal a previously unknown brain circuit underlying innate curiosity; its discovery may one day have implications as a therapeutic target in animals or people who exhibit novelty-seeking behaviors, authors of a related Perspective say.

Although curiosity - the motivational drive to investigate the unknown - is widely considered to be as intrinsic as hunger and thirst, and an evolutionary prerequisite for complex learning, the neurobiological mechanism underlying our attraction to the unknown has remained elusive.

Previous work on the neurobiology of curiosity has focused largely on the brain centers involved in reward-prediction in tasks with expected rewards. However, curiosity also drives exploratory behaviors even when there is no expectation of awards.

The researchers undertook a series of experiments designed to evaluate how mice interacted with familiar and novel objects and observed the associated brain activity. Through this, they discovered a population of GABAergic neurons in a brain region called the medial zona incerta (ZIm), which are essential in driving mice to investigate new objects and companions.

According to the results, these neurons operate by assigning intrinsic value to novel experiences and promote investigative behaviors by inhibiting the periaqueductal gray, a region in the brain that plays a critical role in motivated behaviors and behavioral responses to threatening stimuli.

The authors further showed that deactivating the neurons with optogenetic techniques reduced the investigatory behavior.

"The findings bring the field of novelty exploration one step closer to an understanding of one of the most ubiquitous and influential innate drivers of human and animal behaviors," write authors in a related Perspective.