Contribution of non-cognitive attributes to the success! 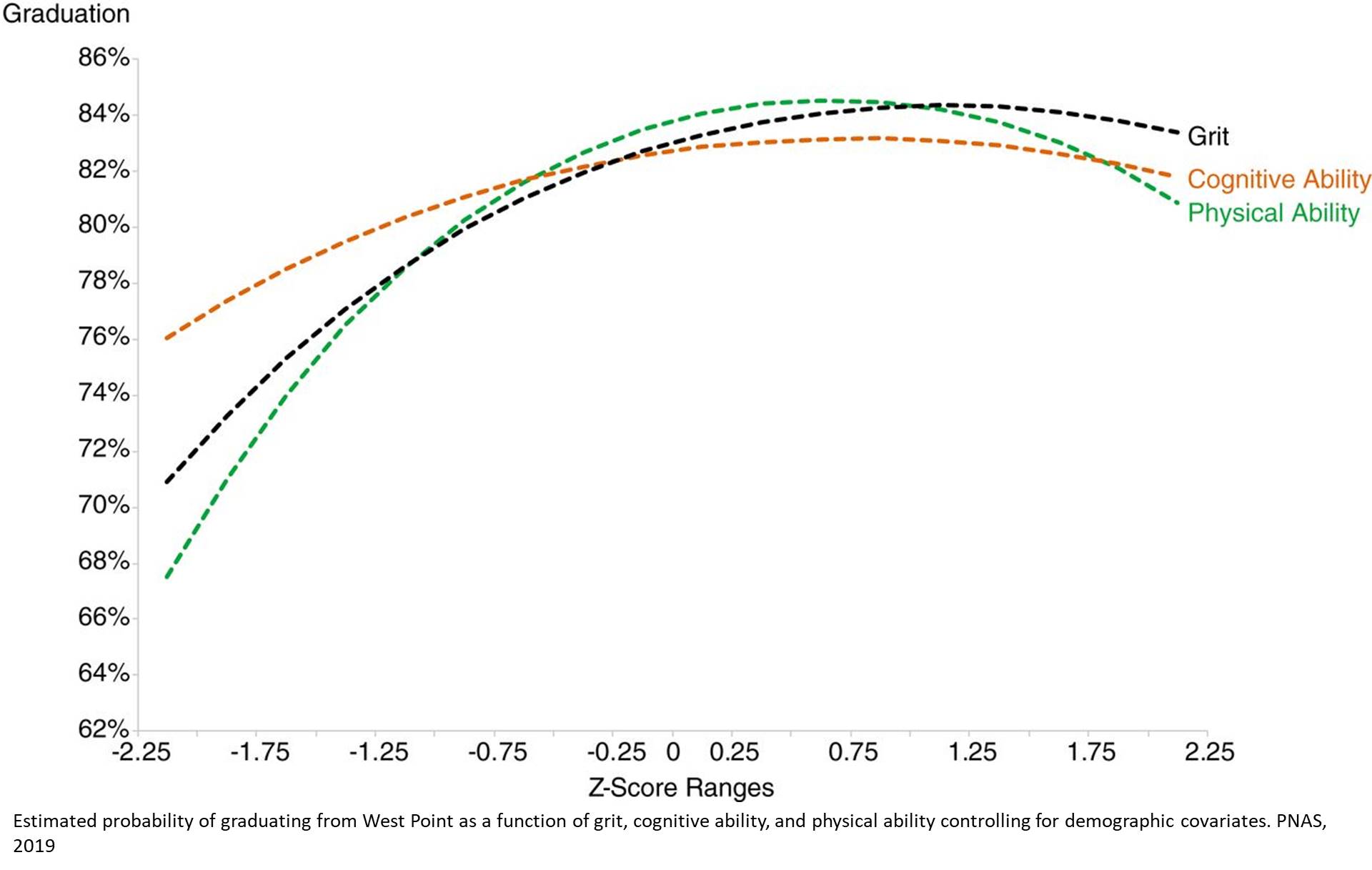 The role of noncognitive attributes in predicting success is understudied, compared with the role of cognitive ability. To address this question, researchers analyzed data on cognitive ability, physical ability, and grit—defined as passion and perseverance for long-term goals of personal significance—from more than 10,000 cadets who entered the US Military Academy at West Point over a decade.

Grit and physical ability were both better than cognitive ability at predicting the probability of graduation.

According to the authors, the results suggest that noncognitive and cognitive attributes both contribute significantly to personal achievement.