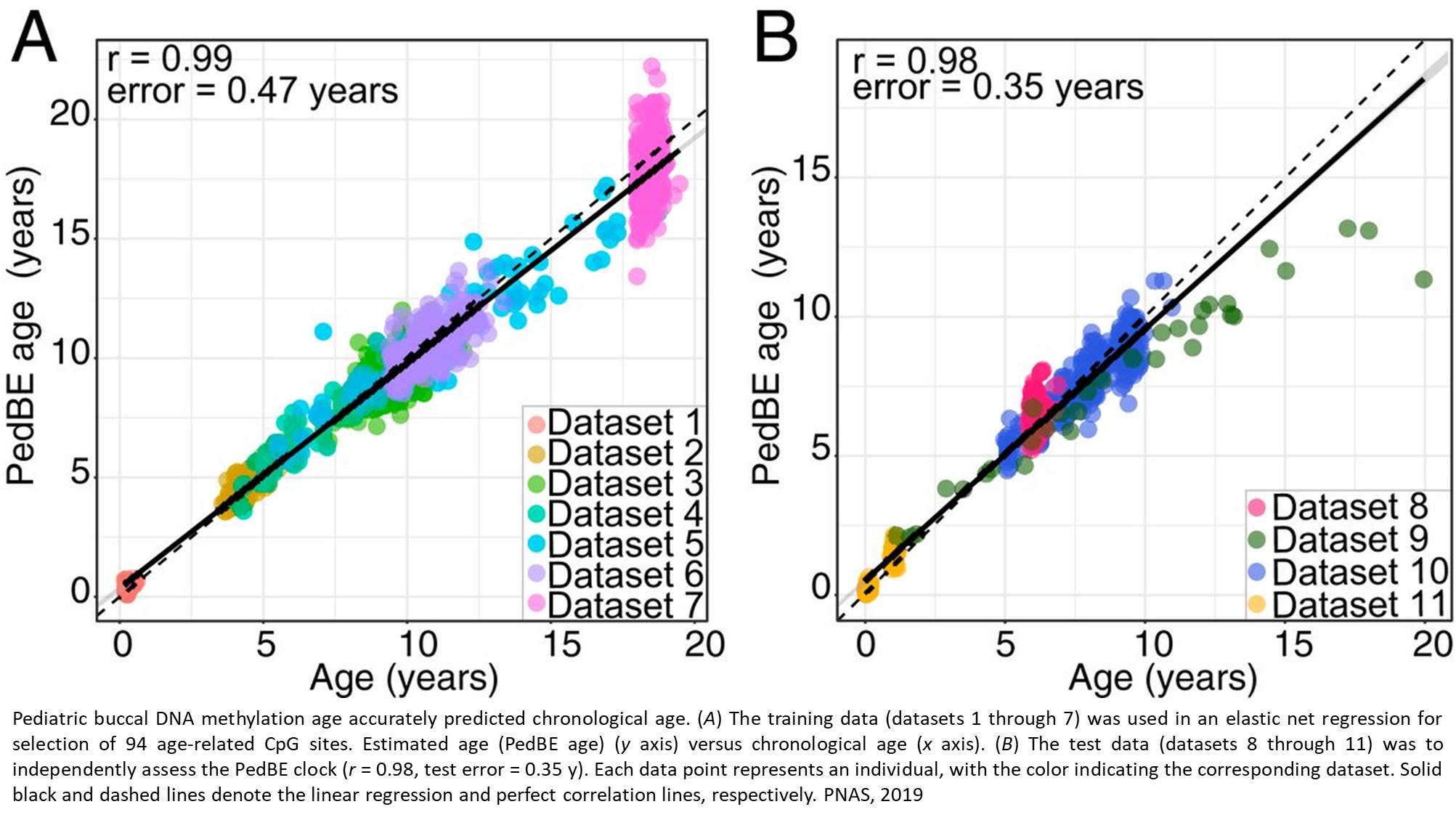 Scientists have developed a molecular "clock" that could reshape how pediatricians measure and monitor childhood growth and potentially allow for an earlier diagnosis of life-altering development disorders.

The research, published in PNAS, describes how the addition of chemical tags to DNA over time can potentially be used to screen for developmental differences and health problems in children.

It is the first study to describe a method specifically designed for children, called the Pediatric-Buccal-Epigenetic (PedBE) clock, which measures chemical changes to determine the biological age of a child's DNA.

Small chemical changes to DNA, known as epigenetic changes, alter how genes are expressed in certain tissues and cells. Some of these changes happen as a person ages and others may be in response to a person's environment or life experiences.

In adults, these patterns of epigenetic changes are well established. They can be used to accurately predict a person's age from a DNA sample or, if a person's epigenetic age differs from their actual age, it can point differences in health, including age-related diseases and early mortality.

The PedBE clock was developed using DNA methylation profiles from 1,032 healthy children whose ages ranged from a few weeks old to 20 years. The researchers found 94 different sites in the genome that, when tested together, could accurately predict a child's age to within about four months. The team also found that children who spent longer in the womb showed an accelerated rate of DNA change by three months, demonstrating that this tool could be used to indicate an infant's developmental stage. The analysis can be done cheaply and efficiently on cells collected from a cheek swab.

"This powerful and easy-to-use tool could be used by clinicians to identify why some children aren't meeting early milestones and potentially diagnose children with developmental disorders earlier in life," says first author on the study. "This would enable doctors and pediatricians to intervene sooner in a child's life leading to better outcomes for kids."

In a small pilot study, the researchers also found that children with autism spectrum disorder (ASD) showed a higher PedBE "age" than those considered to be developing typically, suggesting that the clock could be used to screen for ASD.

"The fact that our pediatric clock was able to distinguish between typically developing children and those with autism in this small experiment demonstrates the powerful potential of this tool," says the senior author. "Although more research is needed to confirm this, these results show that the PedBE clock could be an important factor in evaluating how children develop."

The researchers made the tool freely available along with the publication of this study so other research teams are able to use and experiment with the tool right away. Exposure to malaria before birth may boost childhood immunity

The function of the thymus and its impact on modern medicine