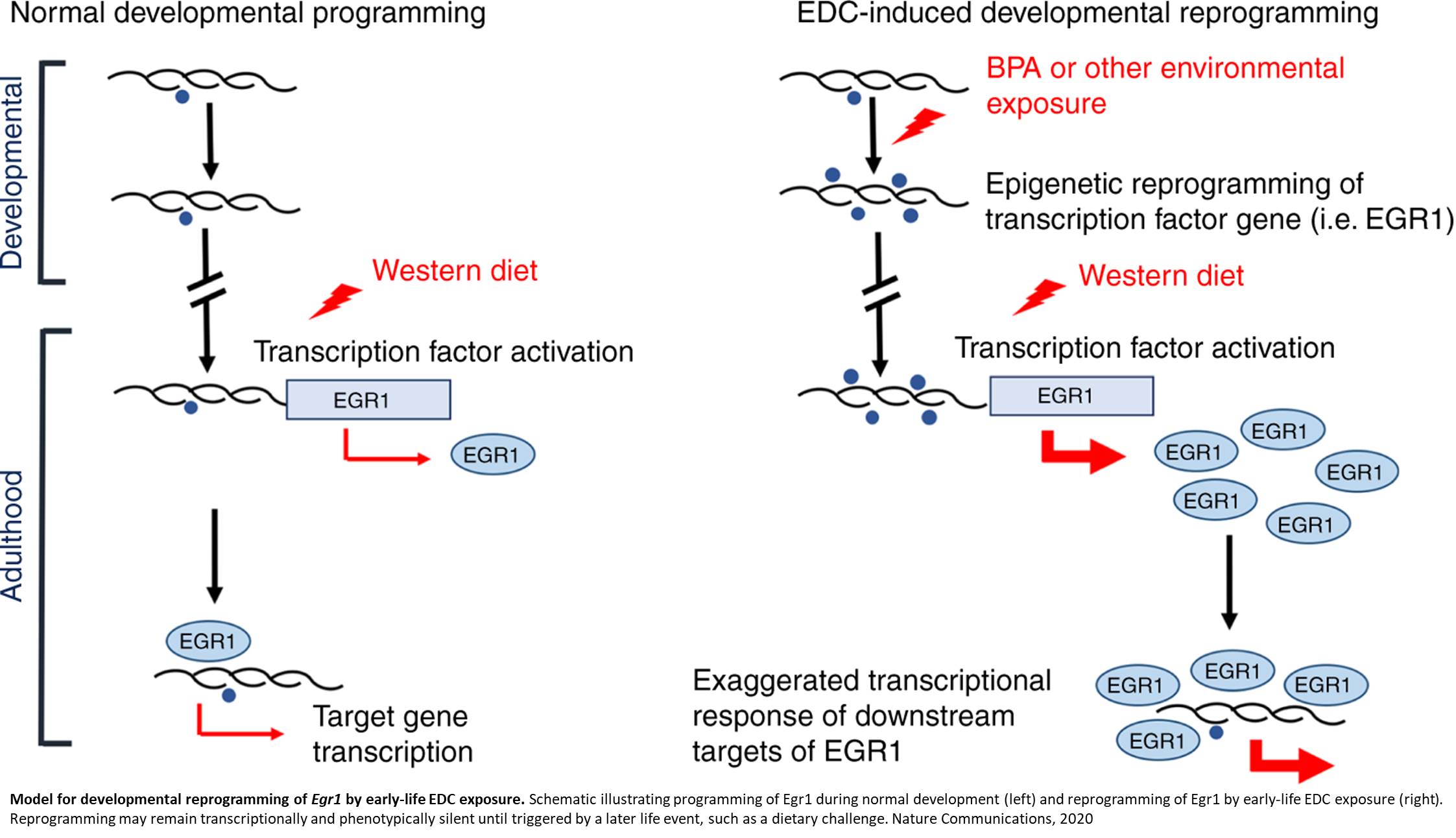 The epigenome is sometimes referred to as the "software" or "operating system" of the genome. It comprises small chemical modifications to DNA and the proteins that make up our chromosomes, and controls the activity of all the genes within the genome.

"In this study, we found that even brief exposure to certain chemicals while the liver is developing, prematurely aged the liver epigenome. Exposure to these EDCs caused the young liver to acquire an adult epigenomic signature," said the senior author on the study. "However, this premature aging of the epigenome did not have an effect on health until later in life and after exposure to a high-fat diet."

In a healthy liver, the epigenome goes through a normal aging process. In this study, after exposure to an EDC, the researchers saw that this process accelerated. So, a 6-day old rat had the same epigenome they would normally see in an adult rat.

"The effect of this change on metabolic function wasn't immediate; instead, it was like a ticking time bomb, which was only ignited when we switched the animals to a Western-style diet, high in fat, sugar and cholesterol," said the senior author.

Rats that were exposed early to EDC and later to a Western-style diet were found to be more susceptible to metabolic dysfunction than those that had the same EDC exposure, but were kept on a healthy diet. Those that remained on a healthy diet, despite the fact their epigenome had been reprogrammed, did not show the same changes in expression of genes that control metabolism, or accumulation of lipids in their serum, seen in rats on the high fat, sugar and cholesterol diet.

This study shows us how environmental exposures affect our health and disease susceptibility, both early and later in life," the author said. "It also shows us that some people may be more adversely affected by a high-fat diet as adults than others due to environmental exposures they experienced earlier in their life." The details of the work is detailed in Nature Communications.

While these findings are only in lab models at this time, researchers hope this and similar studies being conducted by the TARGET II Consortium can lead the way to identifying biomarkers to help better predict who is at risk for metabolic dysfunction such as fatty liver disease, diabetes or heart disease, and allow for more precise and early interventions.

The elusive NMN transporter is found! Antibiotic resistance in the environment linked to fecal pollution