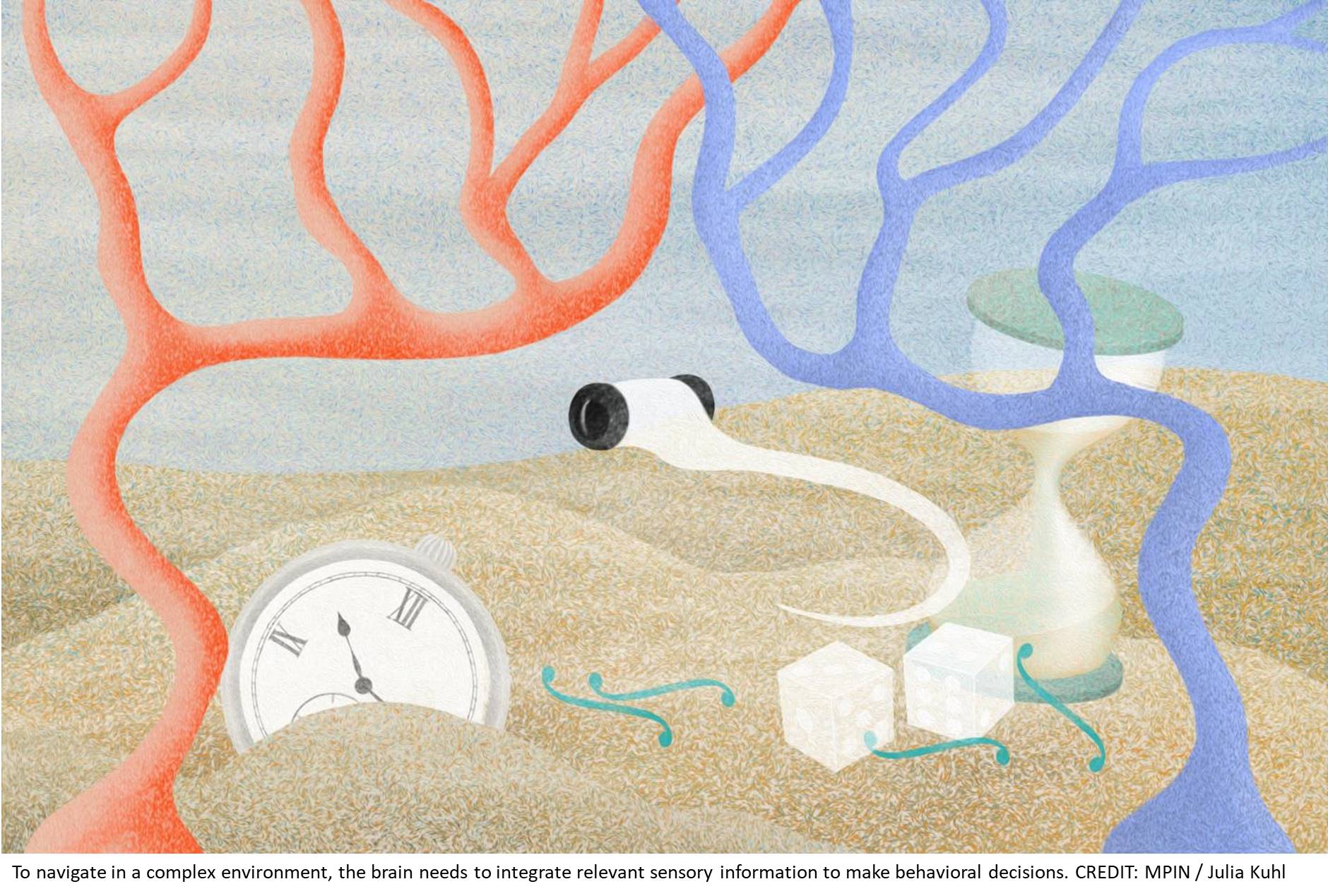 Without hardly noticing, we make countless decisions: to turn left or right on the bus? To wait or to accelerate? To look or to ignore? In the run-up to these decisions the brain evaluates sensory information and only then does it generate a behavior. For the first time, scientists were able to follow such a decision-making process throughout an entire vertebrate brain. Their new approach shows how and where the zebrafish brain transforms the movement of the environment into a decision that causes the fish to swim in a specific direction.

Young zebrafish are tiny. Their brain is not much bigger than that of a fly and almost transparent. "We can therefore look into the entire brain and see what happens, for example, when a decision is made," explains the author, who has done exactly this. "The first step was to find a behavioral paradigm that we could use to study decision making," says the author. Other animal species, for example, are shown dots that move more or less in one direction. The animals can be trained to indicate their decision on the direction of the dots' movement, and if it is correct, they receive a reward. The neurobiologists have now adapted this experimental setup for zebrafish. "The trick is that we use a reliable behavior called the optomotor response as a readout of the fish's decision".

If a fish drifts in a current, an image of the environment moves past its eyes. Fish will swim in the direction of the perceived optic flow to prevent drifting. Moving dots can trigger this optomotor response in the lab, and fish will turn either to the left or to right, depending on the direction of the moving dots. "We can also vary the difficulty of the decision, by changing the strength of the visual stimulus," explains the author. "If a higher percentage of dots move in one direction, the fish will turn faster and more reliably to the correct direction."

Through the microscope, the researchers could observe that the fish brain registers the moving dots and integrates this directional motion in time. After enough evidence has been accumulated, it then triggers a decision to swim in the perceived direction of the moving dots.

The decision as to when and in which direction the fish will turn correlates with the motion pattern of the dots. "This could take up to several seconds and is definitely not a reflex, which is an immediate response to a sensory stimulus," explains a co-author of the study. "This accumulation of sensory information over time is also part of decision making models in other animal species." In contrast to these species, the researchers are able to map almost all contributing brain regions underlying this decision process in the larval zebrafish.

Neuronal clusters in the pretectum/thalamus region, for example, are likely to process the visual input. The neurons in the hindbrain probably trigger the turning and swimming movements. In the "interpeduncular nucleus" (IPN), the researchers found activity patterns that strongly correlated to the turning rate of the fish. With their integrated behavior, neurophysiology and modeling approach, the Martinsried-based researchers have created completely new possibilities for investigating the flow of information during decision-making in the vertebrate brain.