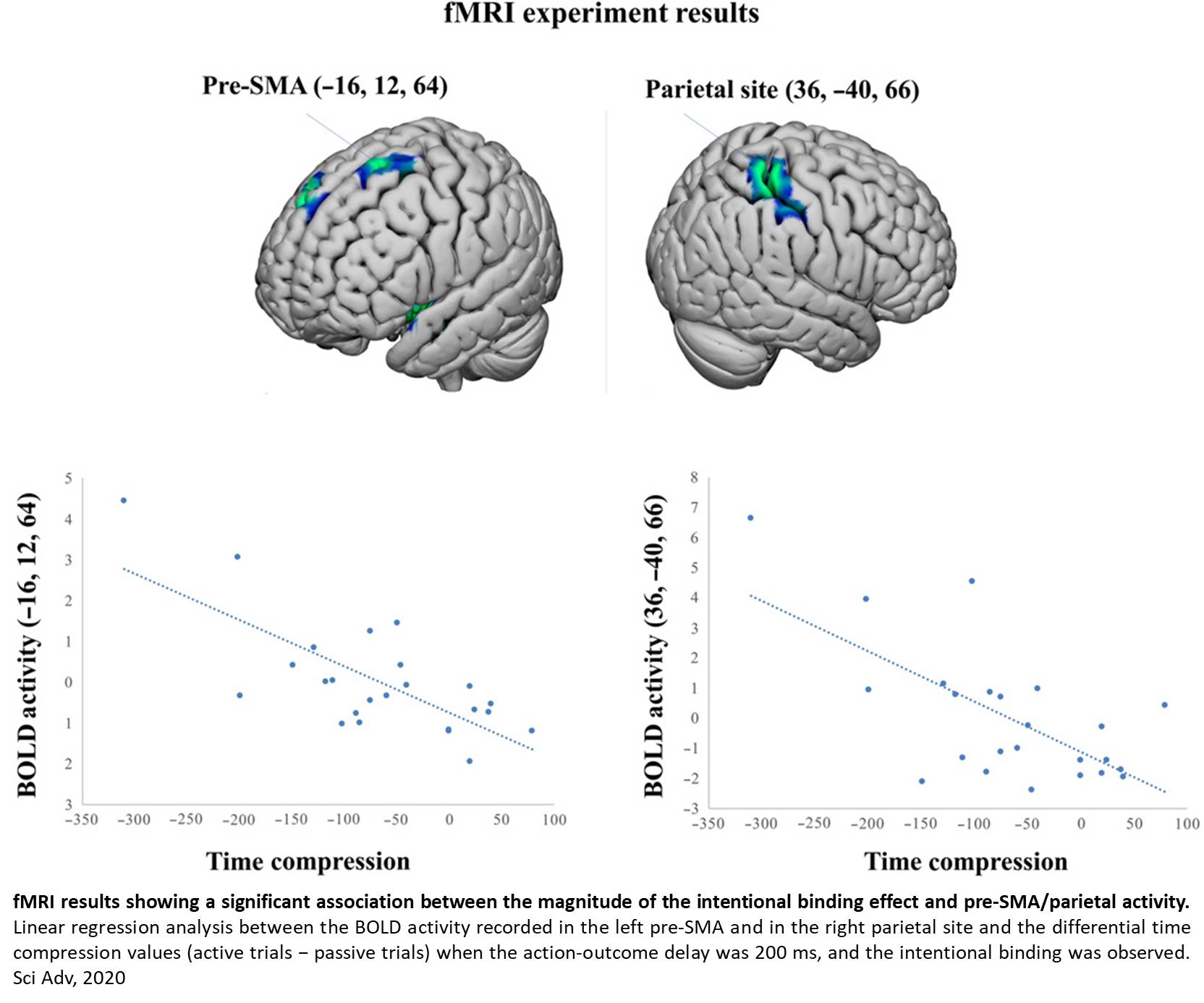 Scientists have identified specific brain regions that contribute to humans' sense of agency - the implicit sense that we control our actions and that they affect the outside world. The findings suggest that brain activity involved in planning our next move is crucial to this sense of agency, supporting a "constructive" hypothesis in which humans compare the predictions we make before we act with feedback afterwards to claim actions as our own.

The authors conclude that their findings contradict a "reconstructive" hypothesis in which the brain solely weighs ownership of actions by recreating them after the fact, since the frontoparietal and cerebellar network they identify (which includes the pre-supplementary motor area and the dorsal parietal cortex) is associated with motor planning and monitoring.

Scientists have not yet clearly understood how sense of agency relates to expectations and feedbacks in the brain, or whether it can be manipulated in a laboratory setting. To explore this implicit perception of control, the authors. used functional magnetic resonance imaging (fMRI) to record brain activity as they asked 25 adult participants to switch on a lightbulb by either pressing a button or by allowing an examiner to press their finger over the button.

After each exercise, the participants shared how much time they perceived had passed between the action and its outcome. In line with a phenomenon known as intentional binding, in which it seems that less time passes between an action and its outcome when the action is voluntary, participants who pushed the button themselves perceived that less time passed before the bulb lit up.

To test whether they could reduce participants' sense of agency, the researchers used transcranial magnetic stimulation (TMS) to alter the subjects' brain activity in the frontoparietal and cerebellar network during the exercise. This did, in fact, appear to interfere with the agency-related brain network, since participants who pushed the button now accepted a longer delay before the bulb lit up.

The authors suggest that identifying specific processes associated with different levels of sense of agency may help scientists understand disorders that include delusions of control, such as schizophrenia.

Smoldering spots in the brain may signal severe MS Apples, tea and moderation – the 3 ingredients for a long life