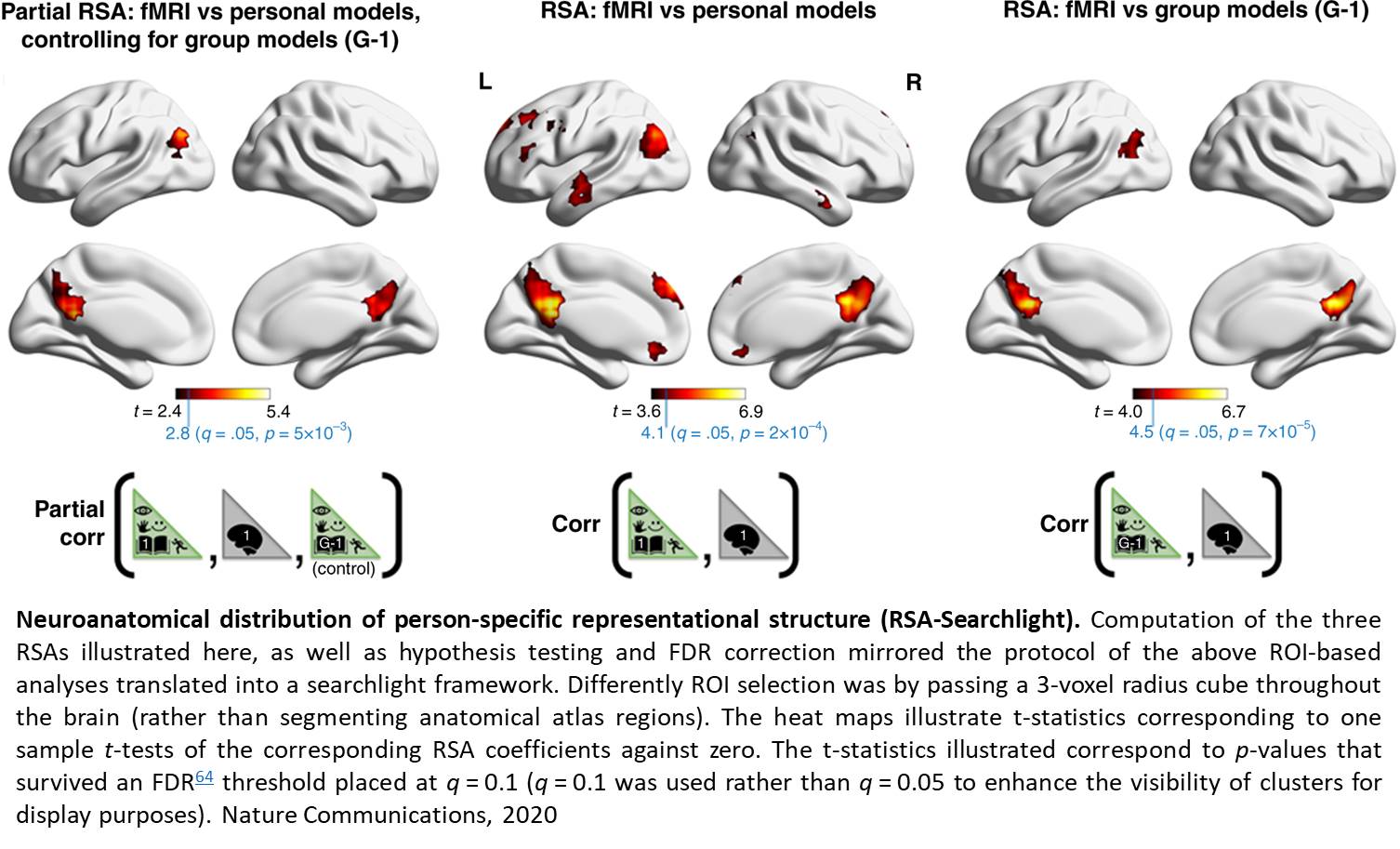 While the broad architecture and organization of the human brain is universal, new research shows how the differences between how people reimagine common scenarios can be observed in brain activity and quantified. These unique neurological signatures could ultimately be used to understand, study, and even improve treatment of disorders such as Alzheimer's disease.

"When people imagine similar types of events, each person does it differently because they have different experiences," said the author. "Our research demonstrates that we can decode the complex information in the human brain related to everyday life and identify neural 'fingerprints' that are unique to each individual's remembered experience," says the co-author of the study which appears in the journal Nature Communications.

In the study, researchers asked 26 participants to recall common scenarios, such as driving, attending a wedding, or eating out at a restaurant. The scenarios were broad enough so that each participant would reimagine them differently. For example, when researchers asked volunteers to vividly remember and describe an occasion involving dancing, one person might recall watching their daughter participating in a dance recital, while another may imaging themselves dancing at a Bar Mitzvah.

The participant's verbal descriptions were mapped to a computational linguistic model that approximates the meaning of the words and creates numerical representation of the context of the description. They were also asked to rate aspects of the remembered experience, such as how strongly it was associated with sound, color, movement, and different emotions.

The study volunteers were then placed in a functional MRI (fMRI) and asked to reimagine the experience while researchers measured which areas of the brain were activated. Using the fMRI data and the subject's verbal descriptions and ratings, researchers were able to isolate brain activity patterns associated with that individual's experiences. For instance, if the participant imagined driving through a red light in the scenario, areas of the brain associated with recalling motion and color would be activated. Using this data, the researchers built a functional model of each participant's brain, essentially creating a unique signature of their neurological activity.

The researchers were able to identify several areas of the brain that served as hubs for processing information across brain networks that contribute to recalling information about people, objects, places, emotions, and sensations. The team was also able to observe how activation patterns within these networks differed on an individual level depending upon the details of each person's recollections and imagination.

"One of the goals of cognitive science is to understand how memories are represented and manipulated by the human brain," said another co-author of the study. "This study shows that fMRI can measure brain activity with sufficient signal to identify meaningful interpersonal differences in the neural representation of complex imagined events that reflect each individual's unique experience."

In addition to expanding our understanding of how the brain is networked, the authors point out that many of the key regions they identified tend to decline in function as we age and are vulnerable to the degeneration that occurs in disease like Alzheimer's. The findings could lead to new ways to diagnose and study disorders associated with irregular memory deficits, including dementia, schizophrenia, and depression, and perhaps even personalize treatments and predict which therapies will be more effective.