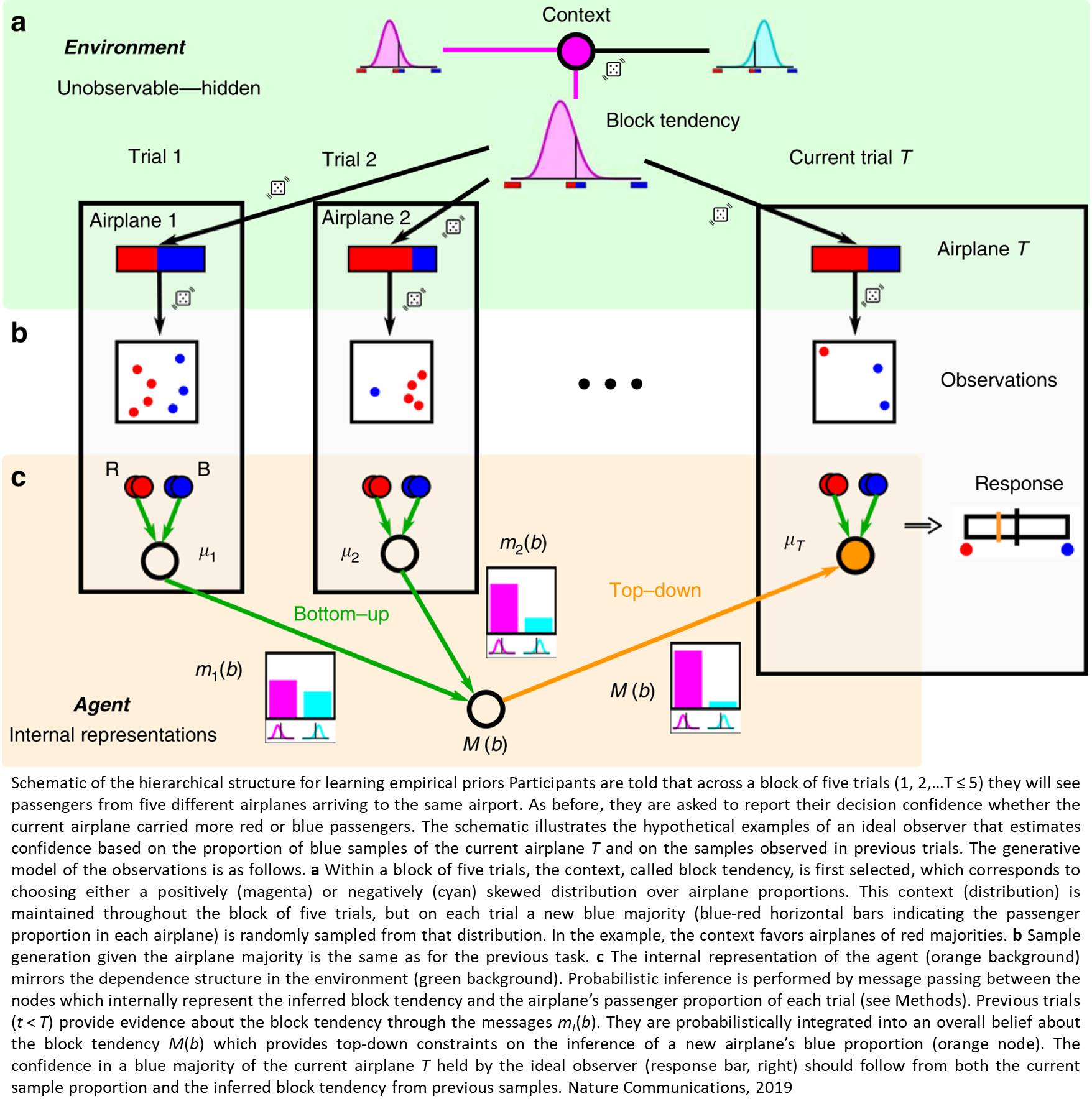 How do human beings perceive their environment and take their decisions? To successfully interact with the immediate environment, for human beings it is not enough to have basic evidence of the world around them. This information by itself is insufficient because it is inherently ambiguous and requires integrating into a particular context to minimize the uncertainty of sensory perception. But, at the same time, the context is ambiguous. For example, am I in a safe or a dangerous place?

"The notions of probability, though intuitive, are very difficult to quantify and use rigorously. For example, my statistics students often fail to solve some of the problems I pose in class. In our study, we find that a complicated mathematical problem involving the use of the most sophisticated rules of probability can be solved intuitively if it is presented simply and in a natural context", asserts the author.

The researchers designed their experiments presenting hierarchical integration tasks using the plane task. "For the study, we told our participants that they are at an airport where planes can arrive carrying more of one type of person than of another, for example, more supporters of Barça than of Madrid. On seeing a handful of passengers leaving several aircraft, the participants can predict with mathematical precision the likelihood that the next plane will be carrying more passengers of a certain type", another author explains.

"In general, this structure of tasks creates hierarchical dependencies among the hidden variables to be solved bottom up (deducing the context of previous observations) and then passing the message top down (deducing the current status combining current observations with the inferred context)", the authors explain.

The results showed that the participants, based on their preliminary observations, built a probabilistic representation of the context. These results help to understand how people form mental representations of what surrounds us and how we assign and perceive the uncertainty of this context.

Immune system works differently between and first and later pregnancies

Schematic representation of the role of cGMP/PfPKGsignalling in egress/invasion. Nature Communications, 2015

How bacteria get into plants