New insights into neurobiology of decision-making and imagination 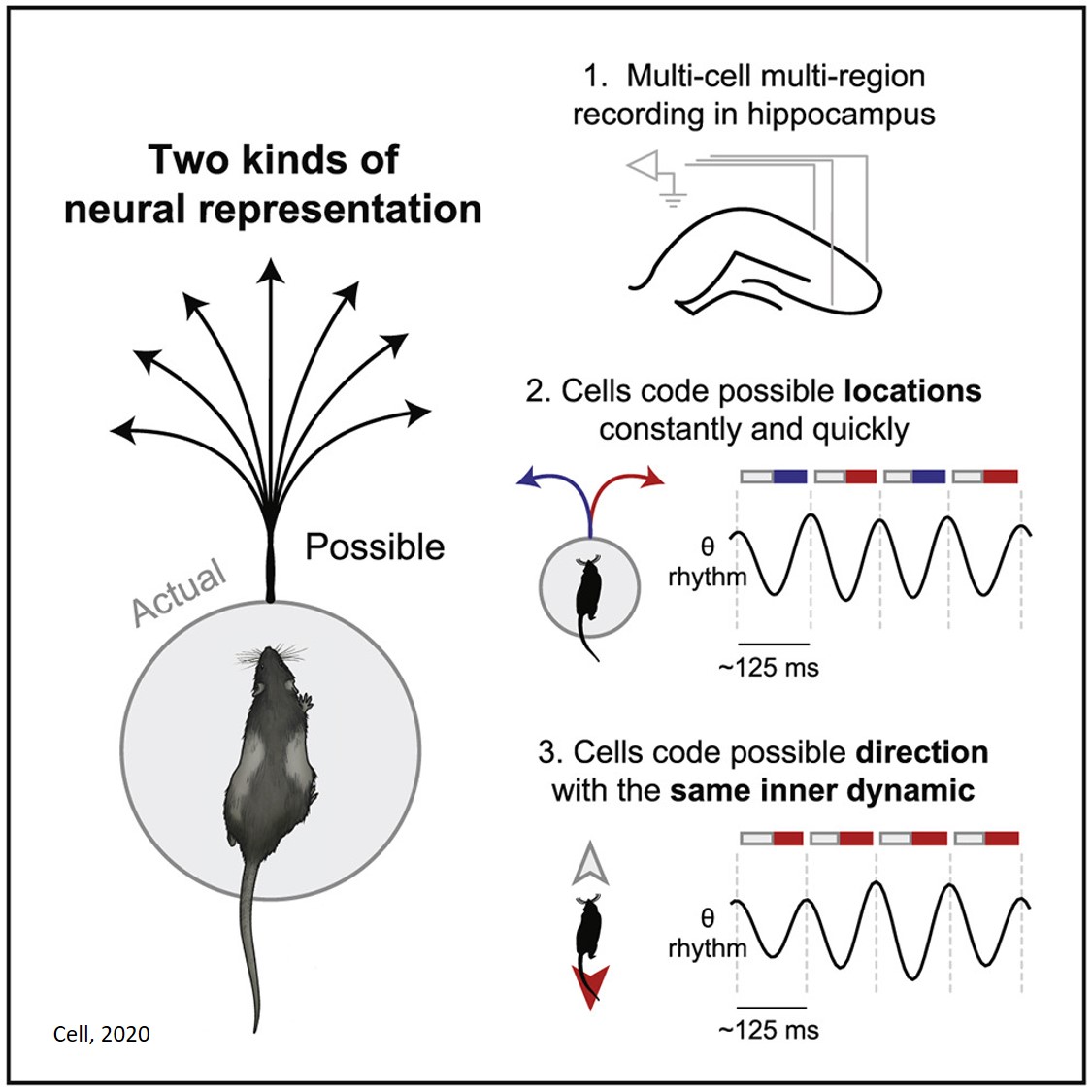 Survival often depends on animals' ability to make split-second decisions that rely on imagining alternative futures: If I'm being chased by a hungry predator, do I zag left to get home safely or zig right to lead the predator away from my family? When two paths diverge in a yellow wood, which will lead me to breakfast and which will lead me to become breakfast? Both look really about the same, but imagination makes all the difference.

In a study of rats navigating a simple maze, neuroscientists have discovered how the brain may generate such imagined future scenarios. The work provides a new grounding for understanding not only how the brain makes decisions but also how imagination works more broadly, the researchers say.

"One of the brain's most amazing abilities is to imagine things that aren't right in front of it," said the senior author. "Imagination is fundamental to decision-making, but so far neuroscience hasn't given a good explanation of how the brain generates imagined futures in real time to inform various kinds of everyday decisions -- while keeping track of reality at the same time."

In the new study, published in Cell, the team had rats explore an M-shaped maze, while recording the firing of neurons in the hippocampus called "place cells", which are traditionally thought to keep track of an animal's location -- like a neural GPS system. But as the rats approached a fork in the maze, the researchers discovered that their place-cell activity began to switch back and forth extremely rapidly -- at a rate of eight times per second -- between representing the animal's current position and its two alternative future paths, as if to say: "Here I am -- go left? -- here I am -- go right?"

The team also extended this finding to another type of imagined scenario. Apart from location, place cells have also been known to keep track of an animal's travel direction. The team found that place cells representing opposite travel directions could also switch back and forth extremely rapidly, as if to say, "I'm going this way, but I could also turn around and go the other way."

"The cells' fast switching between present and possible paths was unmistakable because it was so regular," said the lead author of the study. "It was exciting to see because speed plus consistency is exactly what's needed in any number of real-world settings, for both animals and humans."

The place cells' oscillations between the present and possible futures didn't appear to be directly controlling rats' decisions about which path to choose, but did become stronger as the rats approached the decision point, the authors found. This suggested to the researchers that the role of the hippocampus in decision-making might be to generate a "menu" of imagined scenarios for other parts of the brain that can associate these options with past experience of their value or potential danger, then make an appropriate decision based on the animal's current drives -- hungry or thirsty, fearful or bold.

"We think this shows that the hippocampus is not just responsible for the recording the past and processing the present, but for imagining the future as well," the senior author said. "This study is just a first step, but it opens new avenues for us to study how imagined scenarios are generated and evaluated in the brain as animals make decisions."

The hippocampus, a seahorse-shaped structure found on each side of the brain deep in the temporal lobes, is among the most intensively studied parts of the brain.

The new Cell study is the first to show how hippocampal cells can represent different hypothetical scenarios consistently and systematically over time. Such a system could allow animals on the move to make extremely rapid decisions in the moment based on these imagined alternatives while also keeping track of the animal's present reality, the researchers say. It could even play a role in the brain's ability to generate hypothetical scenarios or thoughts more broadly.

"The regular switching between present and possible -- or actual and imagined -- looks like be a robust system for generating lots of ideas, not just for mechanically remembering or predicting," the lead said. "The hippocampus could be at the root of our ability to imagine."