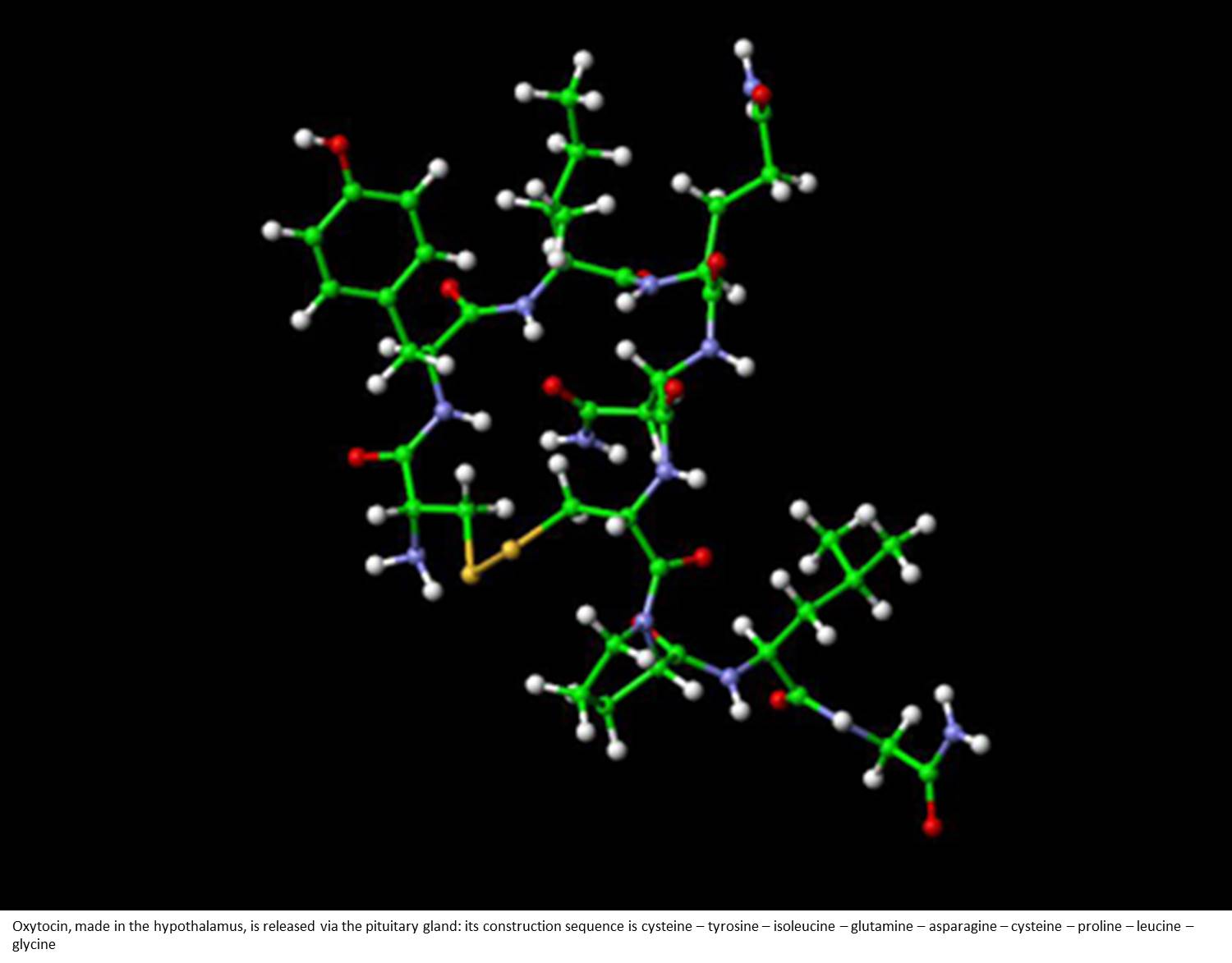 Oxytocin occurs naturally in the body. Produced by the hypothalamus, it acts as a hormone and as a neurotransmitter, affecting many regions of the brain. It is stimulated during sex, childbirth and breastfeeding. Recent research has highlighted oxytocin's possible role in promoting empathy, trust, social bonding and altruism.

Study participants were all male, and the findings apply only to men, said the author. In general, oxytocin operates somewhat differently in men and women, Van Cappellen added. Oxytocin's effects on women's spirituality still needs to be investigated. The results appears online in the journal Social Cognitive and Affective Neuroscience.

To test how oxytocin might influence spirituality, researchers administered the hormone to one group and a placebo to another. Those who received oxytocin were more likely to say afterwards that spirituality was important in their lives and that life has meaning and purpose.

This was true after taking into account whether the participant reported belonging to an organized religion or not. Participants who received oxytocin were also more inclined to view themselves as interconnected with other people and living things, giving higher ratings to statements such as "All life is interconnected" and "There is a higher plane of consciousness or spirituality that binds all people."

Oxytocin did not affect all participants equally, though. Its effect on spirituality was stronger among people with a particular variant of the CD38 gene, a gene that regulates the release of oxytocin from hypothalamic neurons in the brain.

The author cautioned that the findings should not be over-generalized. First of all, there are many definitions of spirituality, author noted.

"Spirituality is complex and affected by many factors," author said. "However, oxytocin does seem to affect how we perceive the world and what we believe."

Brain cells that help us learn by watching others identified!