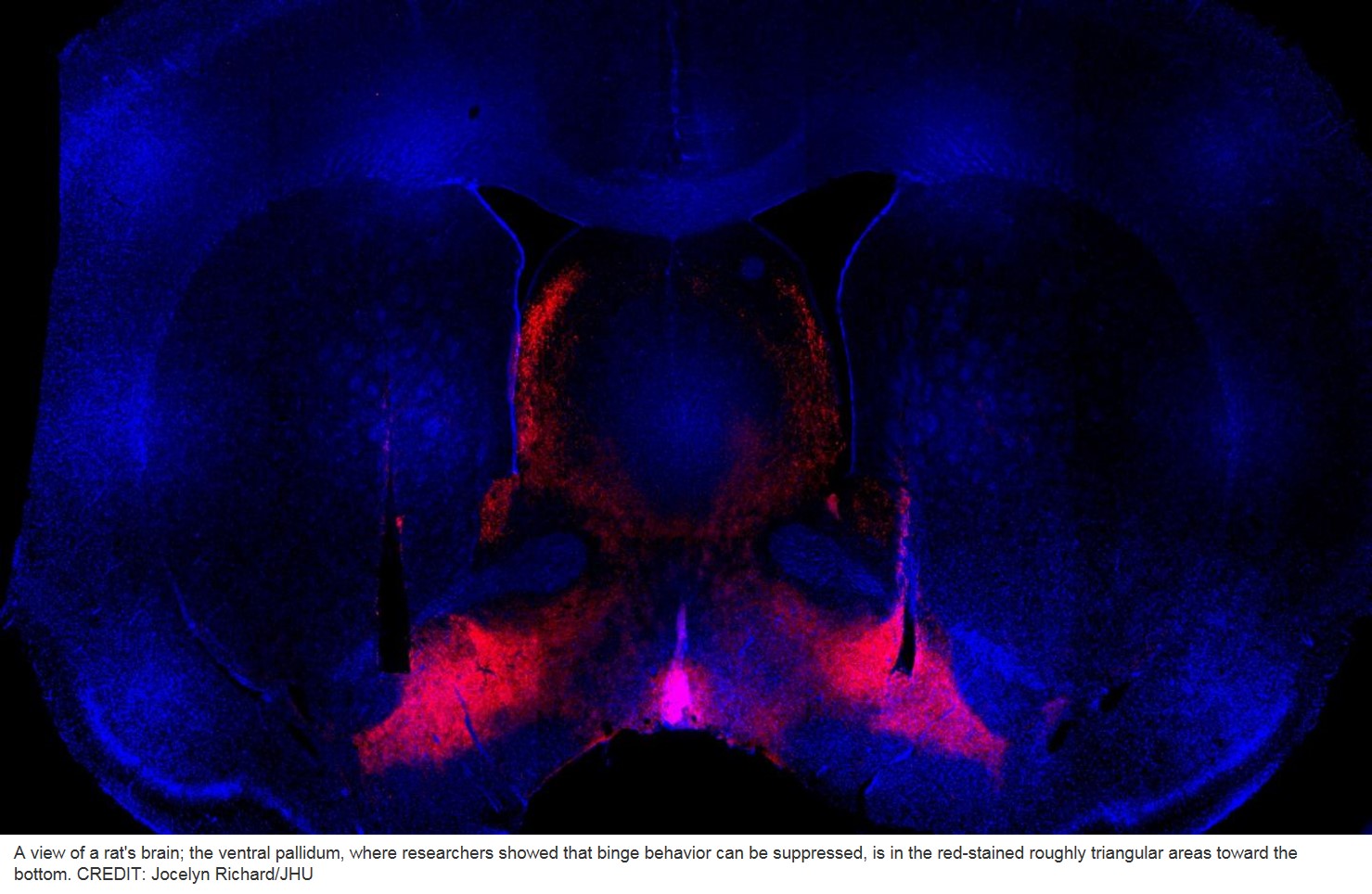 Rats that responded to cues for sugar with the speed and excitement of binge-eaters were less motivated for the treat when certain neurons were suppressed, researchers discovered.

The findings suggest these neurons, in a largely unstudied region of the brain, are deeply connected to the tendency to overindulge in response to external triggers, a problem faced by people addicted to food, alcohol and drugs. The findings will appear in the journal Neuron.

First researchers trained rats to realize that if they heard a certain sound, either a siren or staccato beeps, and a pushed a lever, they would get a drink of sugar water. Then, as the rats performed the task, researchers monitored neurons within the ventral pallidum area of the rats' brains, a subcortical structure near the base of the brain.

When the rats heard the cue linked to their treat, a much larger-than-expected number of neurons reacted -- and vigorously, researchers found. They also found that when the neuron response was particularly robust, the rats were extra quick to go for the sugar. The researchers were able to predict how fast the rats would move for the sugar just by observing how excited the neurons became at the sound of the cue.

"We were surprised to see such a high number of neurons showing such a big increase in activity as soon as the sound played," the lead author said.

Next, the researchers used "optogenetics," a technique that allows the manipulation of cells through targeted beams of light, to temporarily suppress the activity of ventral pallidum neurons while the rats heard the sugar cues. With those neurons inactive, the rats were less likely to pull the sugar lever; when they did pull it, they were much slower to do so.

“That ability to slow and calm the reaction to cues or triggers for binges could be key for people trying to moderate addictive behaviors. We don't want to make it so that people don't want rewards," author said. "We want to tone down the exaggerated motivation for rewards.