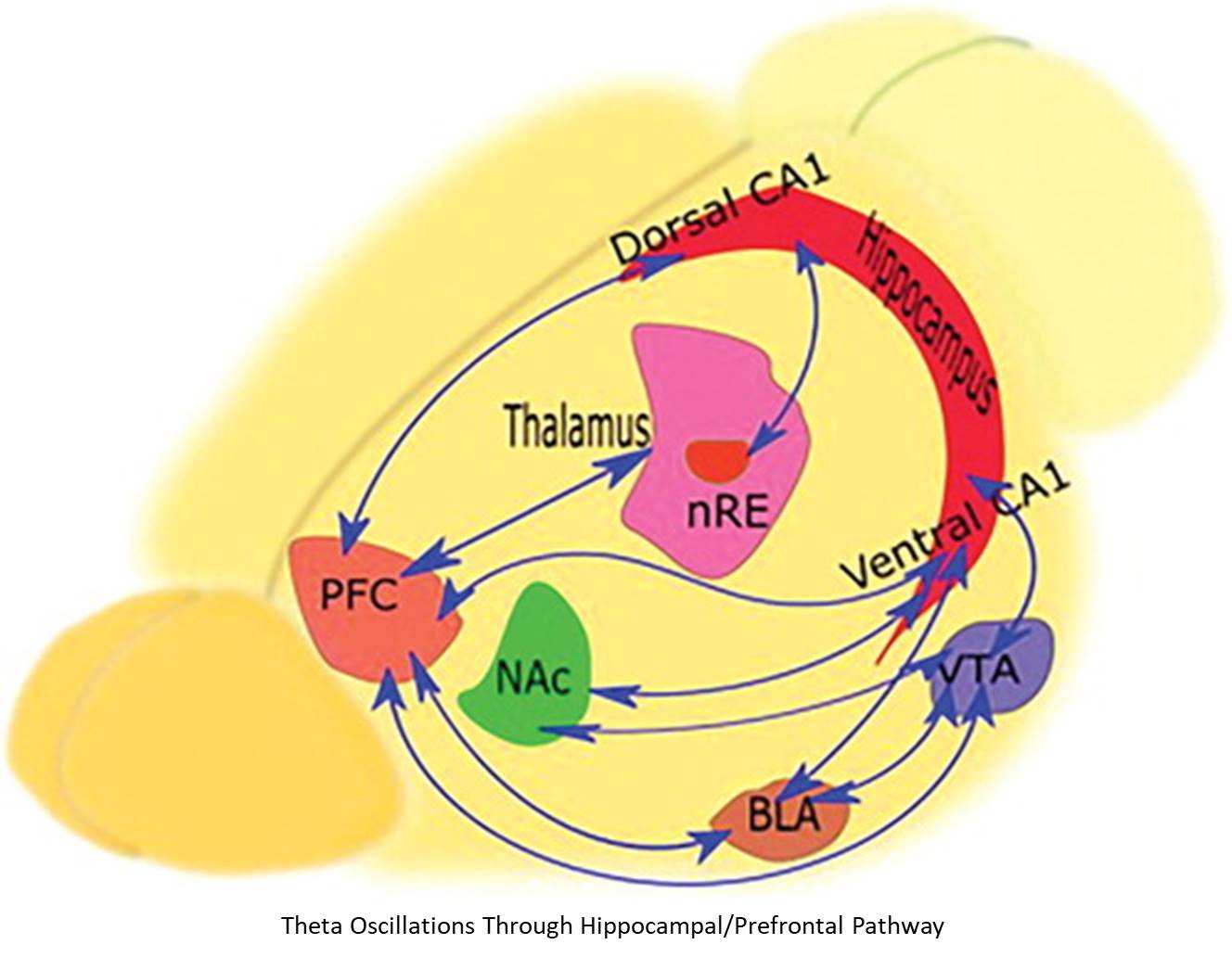 A study of spatial learning in mice shows that exposure to new experiences dampens established representations in the brain's hippocampus and prefrontal cortex, allowing the mice to learn new navigation strategies. The study, published in Nature, was supported by the National Institutes of Health.

"The ability to flexibly learn in new situations makes it possible to adapt to an ever-changing world," noted a senior author on the study. "Understanding the neural basis of this flexible learning in animals gives us insight into how this type of learning may become disrupted in humans."

Whenever we encounter new information, that information must be consolidated into a stable, lasting memory for us to recall it later. A key mechanism in this memory consolidation process is long-term potentiation, which is a persistent strengthening of neural connections based on recent patterns of activity. Although this strengthening of neural connections may be persistent, it can't be permanent, or we wouldn't be able to update memory representations to accommodate new information. In other words, our ability to remember new experiences and learn from them depends on information encoding that is both enduring and flexible.

Spatial learning depends on a key circuit between the ventral hippocampus (a structure located in the middle of the brain) and the medial prefrontal cortex (located just behind the forehead). Connectivity between these brain structures strengthens over the course of spatial learning. If the connectivity remains at maximum strength, however, it impairs later adaptation to new tasks and rules. The researchers hypothesized that exposure to a new experience may serve as an environmental trigger that dampens established hippocampal-prefrontal connectivity, enabling flexible spatial learning.

In the first task, the researchers trained mice to navigate a maze in a certain way to receive a reward. Some of the mice were then allowed to explore a space they hadn't seen before, while others explored a familiar space. The mice then engaged in a second spatial task, which required that they switch to a new navigation strategy to get a reward.

As expected, all of the mice favored their original navigation strategy at first. But the mice that had explored a new space gradually overcame this bias and successfully learned the new navigation strategy about halfway through the 40-trial training session. When the researchers tested a subset of the mice on the first task again, they found that the novelty-exposed mice were able to switch back to the original strategy, indicating that they updated and chose their strategy according to the task demands.

Changes in brain activity throughout training revealed the neuronal mechanisms that drive this novelty-enhanced learning. In rodents, there is a well-defined firing pattern in the hippocampus known as the theta wave, which is thought to play a central role in learning and memory. When the authors examined recordings from the ventral hippocampus, they found that the theta wave became stronger during exploration of the novel arena and the hour that followed; the theta wave decreased as the mice became familiar with the arena over the next two days. The researchers found that novelty exposure also disrupted encoding of the original navigation strategy, reorganizing the firing pattern of individual neurons in the ventral hippocampus to bring them in sync with the theta wave.

At the same time, neurons in the medial prefrontal cortex showed decreased theta wave synchrony, and correlations between hippocampal activity and prefrontal activity weakened. These and other findings suggest that novelty exposure dampened the synaptic connections between the ventral hippocampus and medial prefrontal cortex, resetting the circuit to allow for subsequent strengthening of connectivity associated with learning.

By triggering this reset, novelty appears to facilitate strategy updating in response to the task's specific reward structure. Machine learning analyses indicated that, following novelty exposure, ventral hippocampal neurons switched encoding from a strategy that predicted reward on the first task to one that predicted reward on the second task. The task-specific information was then relayed to the medial prefrontal neurons, which updated encoding accordingly.

On a chemical level, the neurotransmitter dopamine acts as a key mediator of this plasticity. Several experiments showed that activating dopamine D1-receptors in the ventral hippocampus led to novelty-like effects, including dampened hippocampal-prefrontal connectivity and enhanced learning. Blocking D1-receptors prevented these novelty-induced effects.

Together, these findings shed light on some of the brain mechanisms that play a role in flexible information encoding.

"Our study points to novelty as one way to trigger the circuitry reset that facilitates spatial learning in mice," said the author. "The next step is to build on these findings and explore whether novelty plays a similar role in human memory and learning."