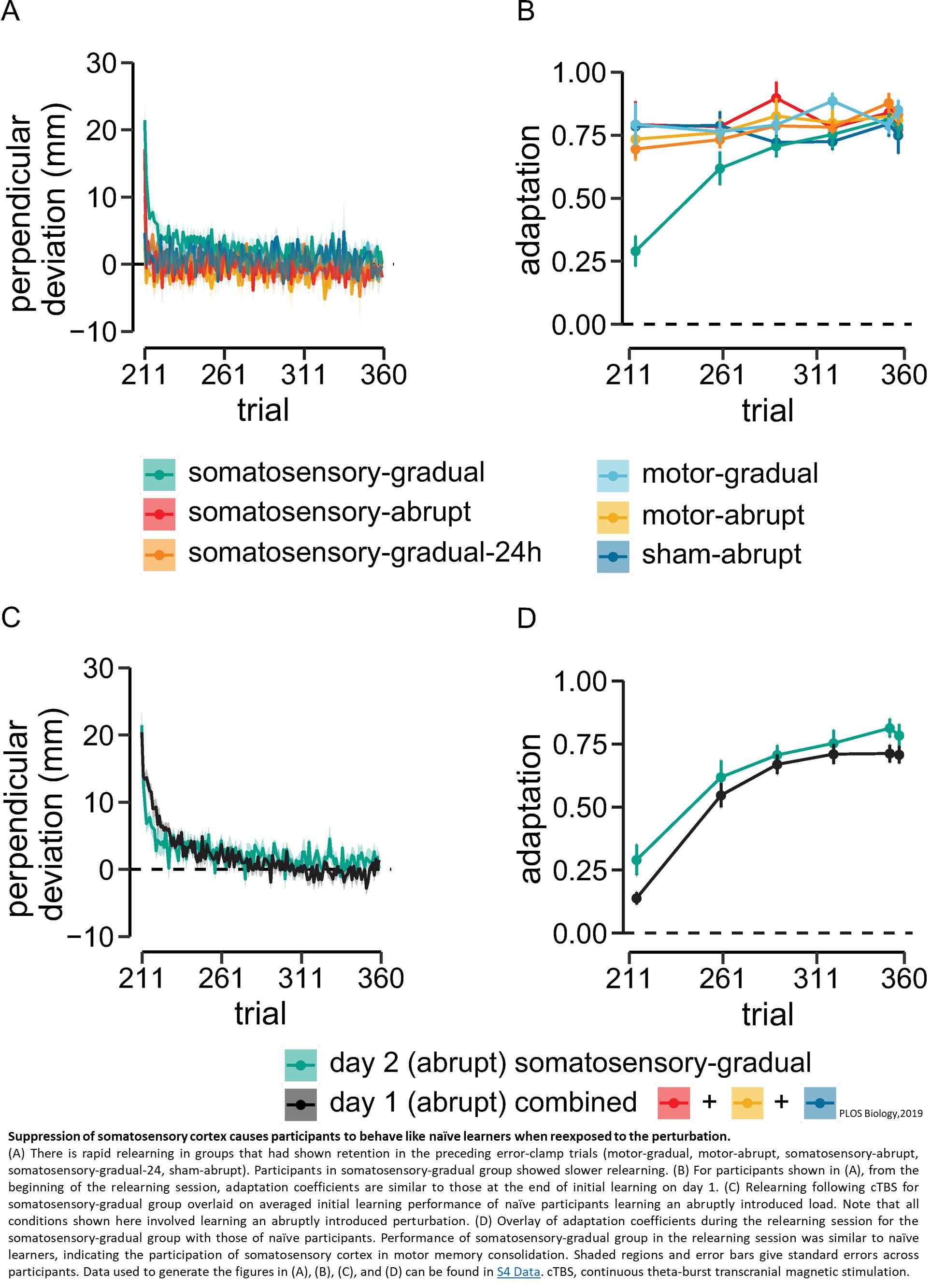 Contrary to previous research, a new study shows that somatosensory cortex is involved in retaining new motor skills. Published in the open-access journal PLOS Biology, the authors report that retention of motor memories is disrupted when the somatosensory region of the brain, but not the motor cortex, is inhibited after learning.

We know that facts or events require the hippocampus -- a seahorse-shaped structure in the middle of the brain -- to be consolidated into long-term memory. But scientists still do not know how the consolidation process works for motor memories such as how to play the piano or swing a bat. Understanding this crucial process could help devise better strategies for rehabilitation and motor re-learning after injury.

To test whether somatosensory cortex (which roughly speaking runs across the top of the brain from ear to ear) plays a role in the formation of long term motor memory, researchers trained participants on a motor task in which they learned to move a robotic arm through a gradually increasing force field that perturbed normal movements. Immediately after training, continuous transcranial magnetic stimulation was used to inhibit either the somatosensory or primary motor regions of the brain (the primary motor cortex runs across the top of the brain in a band just in front of the somatosensory cortex).

Motor learning was assessed the next day, and the results showed that retention of motor memory was blocked only in people whose somatosensory cortex was inhibited. Retention was not affected after inhibiting motor cortex. Further tests confirmed that the somatosensory cortex functions specifically in consolidating motor memories, but not in their subsequent retrieval once consolidation has occurred.

"The significance of this work is that it shows that the storage of updated somatic information which is accumulated during training, may be central to its retention and subsequent re-use," the authors said. "Our findings point to possible benefits of an expanded focus on the somatosensory system in rehabilitation and retraining."