Testosterone found to increase both social and antisocial behavior in men 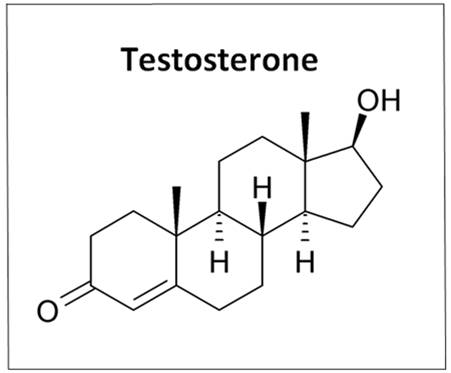 A team of researchers has found increased levels of testosterone can cause a man to engage in both social and antisocial behaviors. In their paper published in Proceedings of the National Academy of Sciences, the group describes a game they had volunteers play while injected with testosterone, what they witnessed and what they believe it means for male behavior in general.

Modern society has taken a less-than-positive view of testosterone, blaming it for aggressive, boorish or simply bad behavior in men—but there may be more to the impact the steroid hormone has on men than has been suspected. In this new effort, the researchers concocted a game called the Ultimatum Game, which involved a pot of money that was spilt and shared with the aim of maximizing the amount participants would get in the end.

The experiment enlisted the assistance of 40 male volunteers—half were given an injection of testosterone while the other half were given a placebo. The men were then asked to play the Ultimatum Game in two ways—one group played by responding to predetermined proposals, while another group played in pairs against one another.

In both versions, volunteers were presented with a proposal of accepting money from a split pot of cash. If they accepted the cash, they got to keep it; if not, the other person did not get to keep their share, either. Afterwards, the volunteers were allowed to reward or punish their opponents for being fair or not by using their own winnings to reduce or increase the amount their opponent got.

By watching and comparing player behavior of those that had received the testosterone shots versus the placebo, the researchers found that those that received the shots tended to be more likely to reject proposals and to punish opponents they found unfair—which was expected behavior.

But surprisingly, those operating on heightened levels of testosterone were also found to be more generous with opponents they deemed fair. These findings show that testosterone can cause prosocial behavior in males and provide causal evidence for the social status hypothesis in men.

The researchers suggest this form of ultraism was likely due to what they described as a "status display"—a move meant to make the player seem more impressive to their peers.