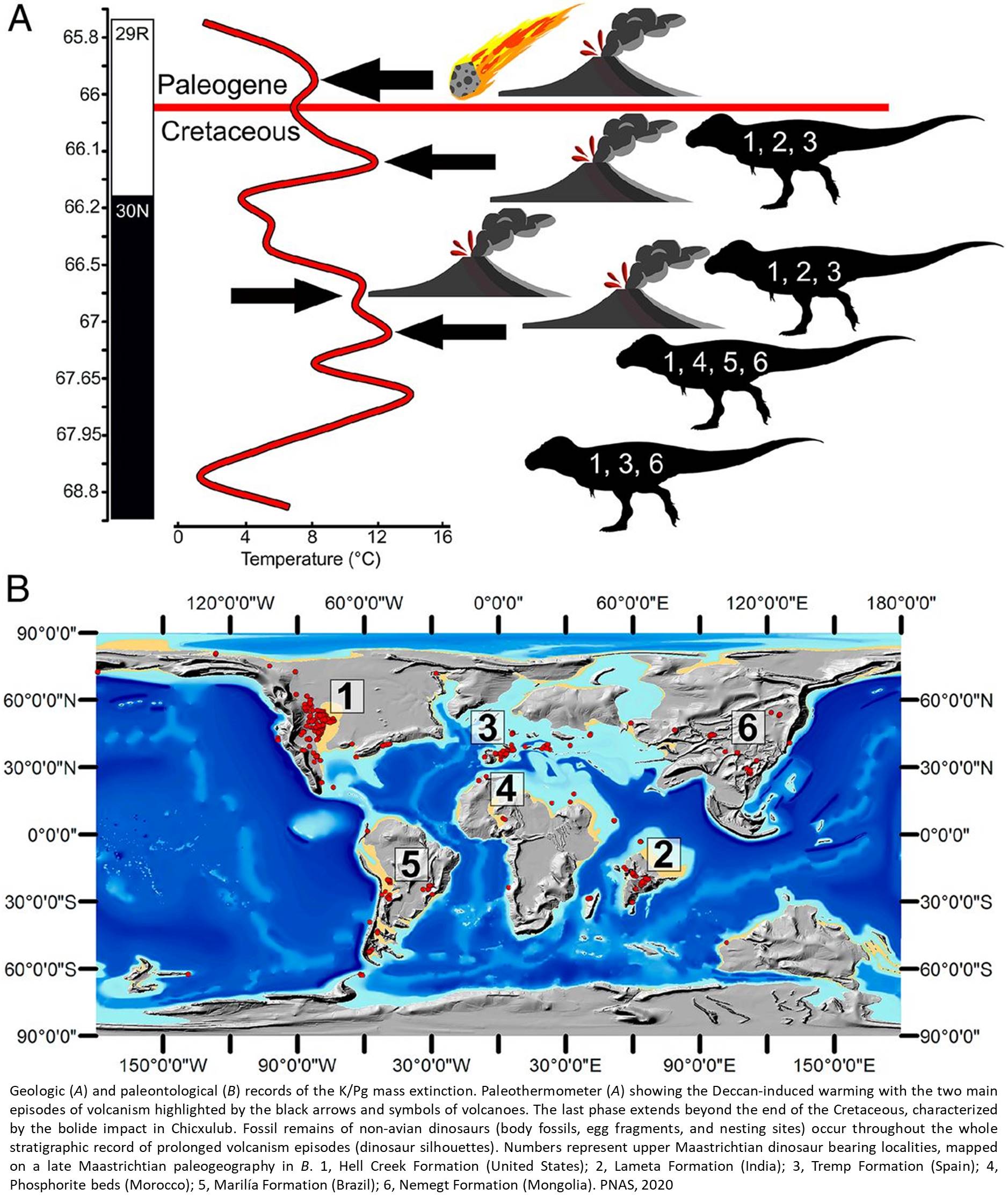 Nonavian dinosaurs went extinct during the end-Cretaceous mass extinction, 66 million years ago, which coincided with both the Chicxulub asteroid impact and heightened volcanic activity in the Deccan Traps. The relative contribution of the two environmental perturbations to the mass extinction is the subject of debate.

The researchers modeled the climatic perturbations caused by the two potential extinction drivers at the end of the Cretaceous period as well as their effects on dinosaur habitat suitability.

The analysis found that a reduction in sunlight of 10–15% caused by an asteroid impact resulted in global cooling that would have virtually eliminated suitable dinosaur habitat worldwide.

Simulations combining an asteroid impact and heightened volcanism exhibited accelerated post impact climate recovery compared with an impact in the absence of volcanism.

The results suggest that the asteroid impact, not heightened volcanism, was the main driver of nonavian dinosaur extinction and that volcanically induced warming might have instead mitigated the effects of the impact, according to the authors