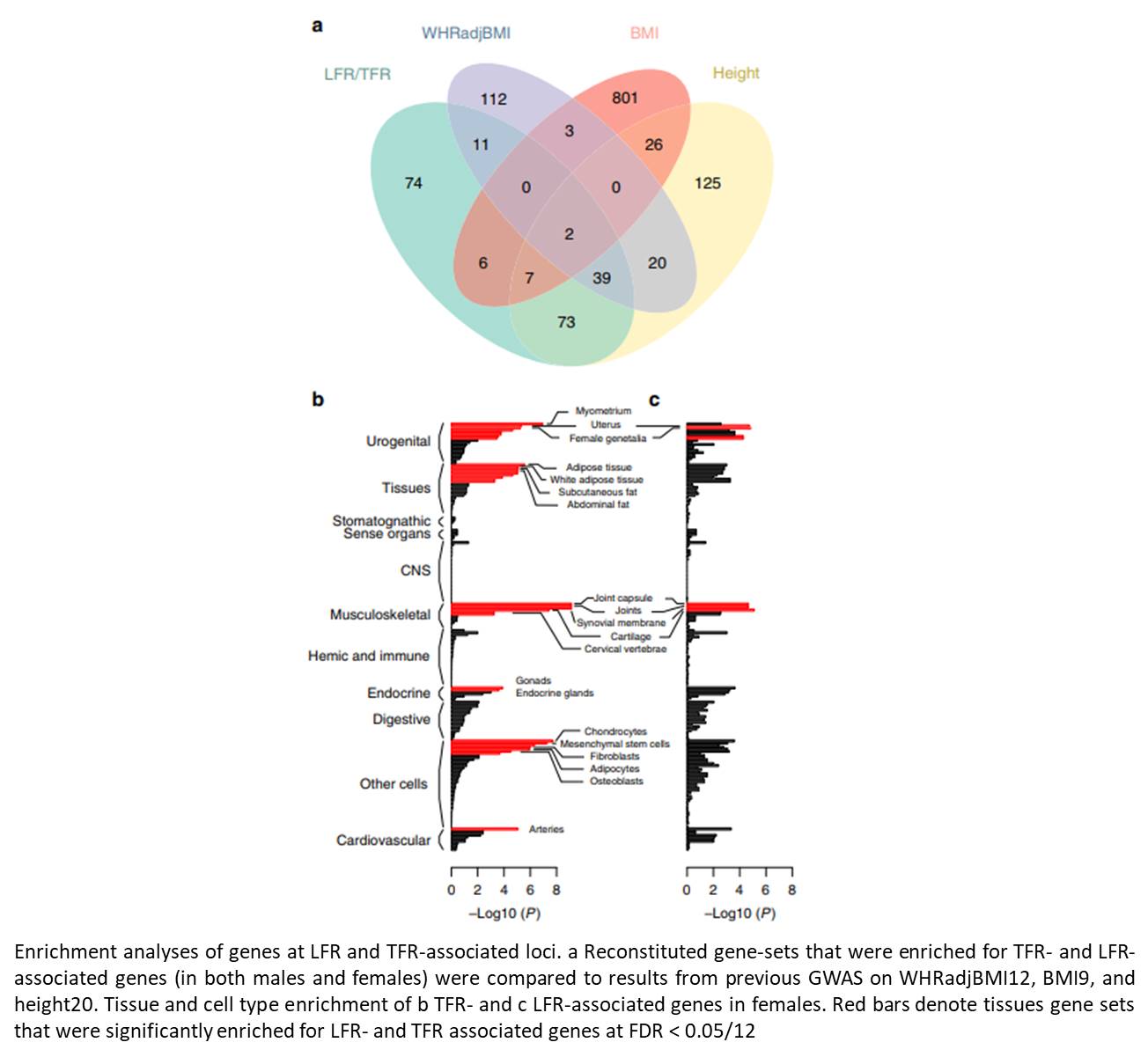 A recent study has found that whether you store your fat around the trunk or in other parts of your body is highly influenced by genetic factors and that this effect is present predominantly in women and to a much lower extent in men. In the study, which is published in Nature Communications, the researchers measured how fat was distributed in nearly 360,000 voluntary participants.

"We know that women and men tend to store fat differently - women have the ability to more easily store fat on the hips and legs, while men tend to accumulate fat around the abdomen to a higher extent," says lead author. "This has been attributed to the effects of sex hormones such as estrogen. But the molecular mechanisms that control this phenomenon are fairly unknown."

The researchers used data from UK Biobank, which is a cohort study of half a million participants in the UK. The participants gave blood samples for genotyping and the distribution of fat tissue was estimated using impedance measurements, i.e. measurements of electrical resistance when an electrical current is fed through the body. In the current study, millions of genetic variants across the genome were tested for association with distribution of fat to the arms, legs or trunk, and the research team identified nearly a hundred genes that affect distribution of adipose tissue to the different compartments of the human body. The researchers also saw a high degree of heterogeneity between sexes.

"We were struck by the large number of genetic effects that were stronger, or only present, in females. Upon closer examination, several of the associated genes were found to encode proteins that actively shape the extracellular matrix, which makes up the supporting structure around cells," says the group leader. The findings suggest that remodeling of the extracellular matrix is one of the mechanisms that generates differences in body fat distribution.

"The biological systems we highlight in our study have the potential to be used as points-of-intervention for new drugs that are aimed at improving the distribution of body fat and thereby reducing the risk of disease," says the author.