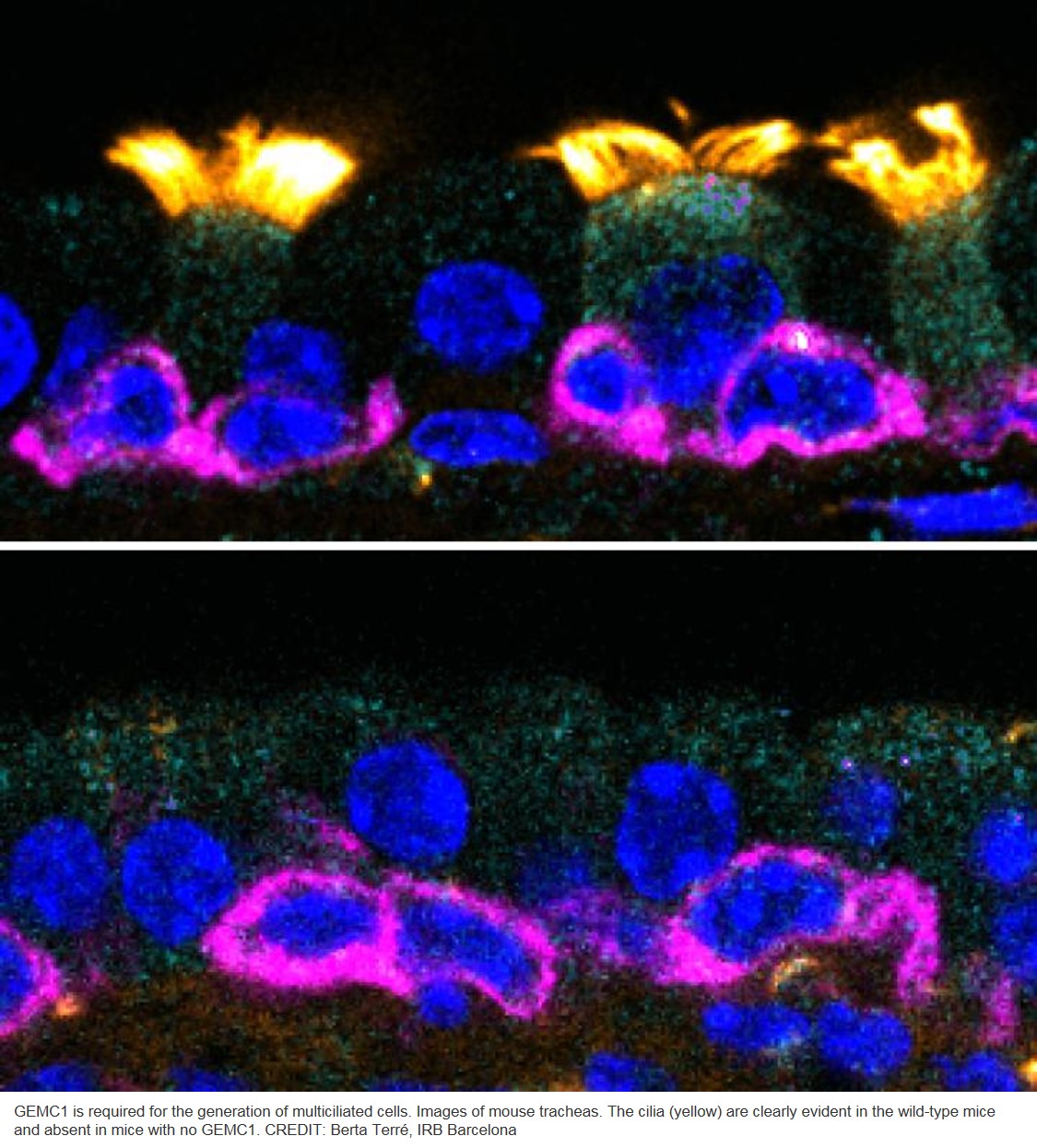 Scientific literature documents between 6,000 and 7,000 rare diseases-- conditions defined by the European Union as those that affect only 5 in 10,000 people or fewer. In Europe alone, between 27 and 36 million people have some form of rare disease. Because these diseases are complex, many have no treatment, thus leaving those who suffer from them, and their families and carers a heavy burden. In Spain, about 3 million people are affected by rare diseases, of which 400,000 are in Catalonia.

The surface of multiciliated cells is covered by hundreds of cilia. These tiny, hair like structures serve to circulate cerebrospinal fluid, remove mucus from the respiratory tract, and transport ovum through the oviduct, among other functions. Defects in the generation or function of these cells causes a subtype of ciliopathies called Mucociliary Clearance Disorders.

The EMBO Journal has published a study on mice, in which researchers reveal a gene candidate for a subtype of human ciliopathy. The gene in question, GEMC1, is indispensable for the generation of multiciliated cells specific to tissues such as the brain, trachea, lungs and oviducts.

In addition, the study has revealed that GEMC1 is one of the most important genes in the gene signalling cascade for the production of multiciliated cells. This means that this gene affects many others that depend on its expression. The gene expression analysis of this first study has revealed at least 10 new candidate genes related to cilia, as well as dozens that were already known or suspected of being involved in the function of cilia.