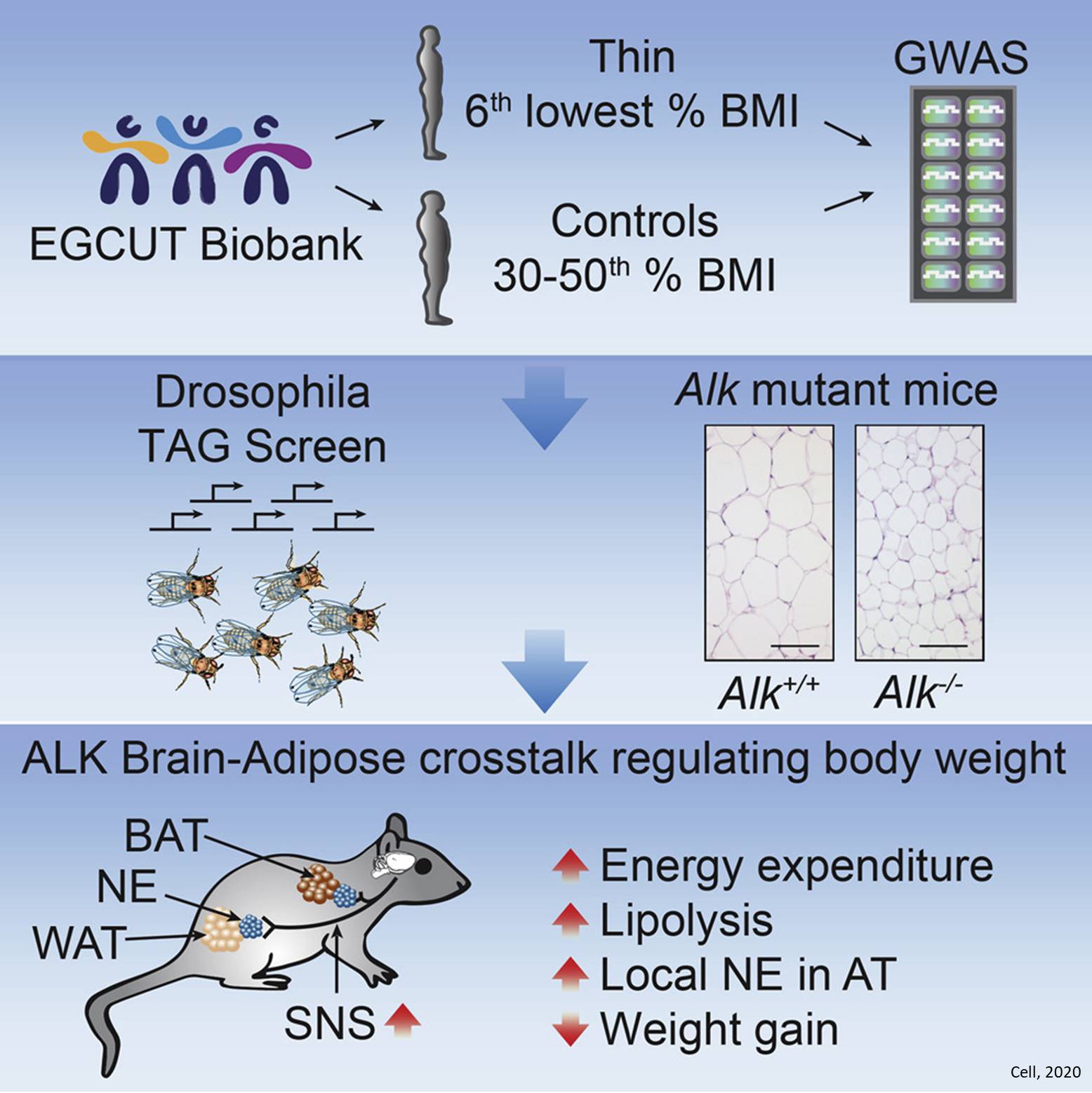 Why can some people eat as much as they want, and still stay thin?

In a study published in the journal Cell, researchers report their discovery that a gene called ALK (Anaplastic Lymphoma Kinase) plays a role in resisting weight gain.

"We all know these people, who can eat whatever they want, they don't exercise, but they just don't gain weight. They make up around one per cent of the population," says senior author.

"We wanted to understand why," adds the author. "Most researchers study obesity and the genetics of obesity. We just turned it around and studied thinness, thereby starting a new field of research."

Using biobank data from Estonia, the team compared the genetic makeup and clinical profiles of 47,102 healthy thin, and normal-weight individuals aged 20-44. Among the genetic variations the team discovered in the thin group was a mutation in the ALK gene.

ALK's role in human physiology has been largely unclear. The gene is known to mutate frequently in several types of cancer, and has been identified as a driver of tumor development. "Our work reveals that ALK acts in the brain, where it regulates metabolism by integrating and controlling energy expenditure," says the study's lead author.

When team deleted the ALK gene in flies and mice, both were resistant to diet-induced obesity. Despite consuming the same diet and having the same activity level, mice without ALK weighed less and had less body fat.

As ALK is highly expressed in the brain, its potential role in weight gain resistance make it an attractive mark for scientists developing therapeutics for obesity.

The team will next focus on understanding how neurons that express ALK regulate the brain at a molecular level, and determining how ALK balances metabolism to promote thinness. Validating the results in additional, more diverse human population studies will also be important.

"It's possible that we could reduce ALK function to see if we did stay skinny," says the senior author. "ALK inhibitors are used in cancer treatments already, so we know that ALK can be targeted therapeutically."

Tumor mechanism to cause developmental delays