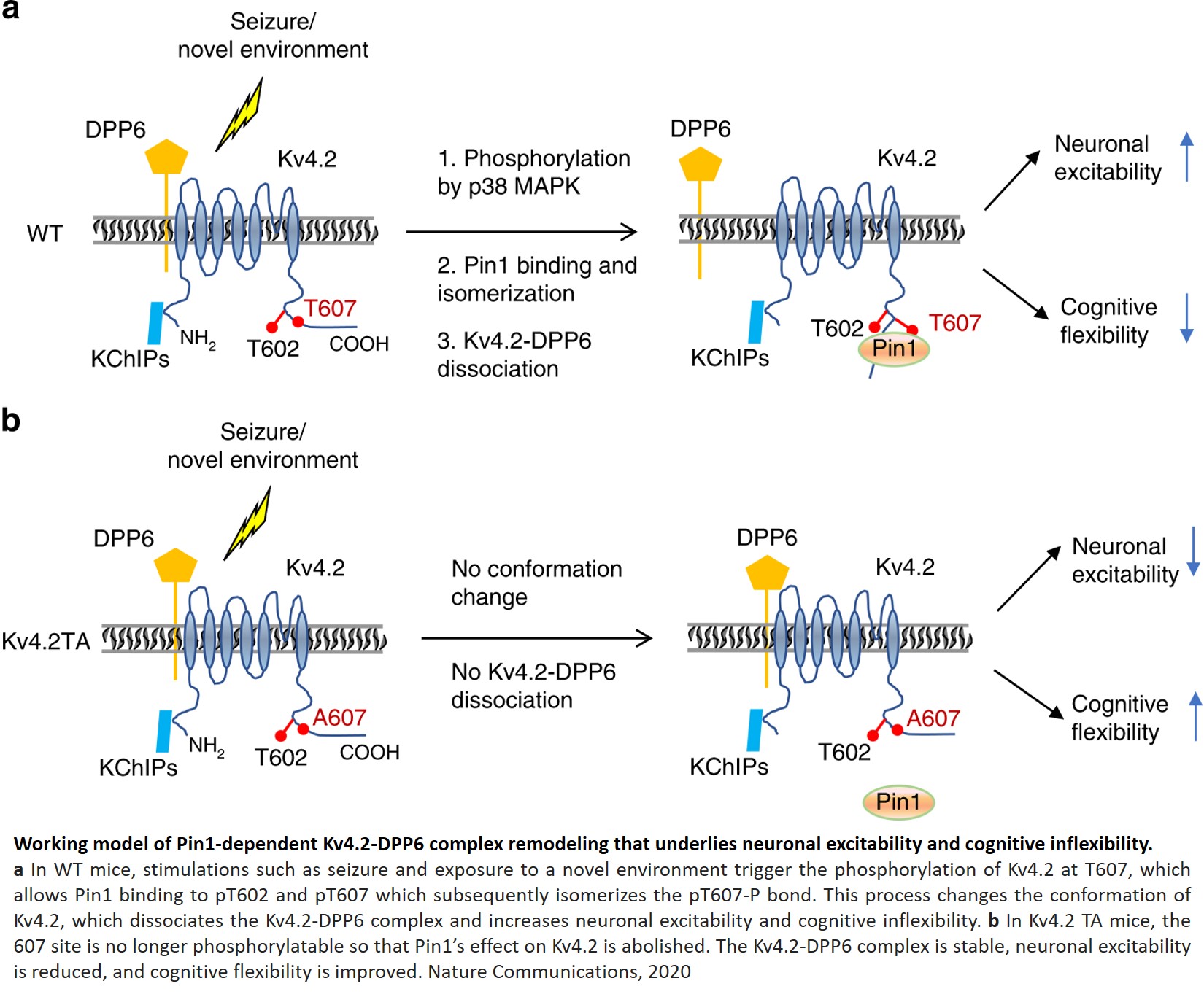 Researchers have discovered in mice what they believe is the first known genetic mutation to improve cognitive flexibility--the ability to adapt to changing situations. The gene, KCND2, codes for a protein that regulates potassium channels, which control electrical signals that travel along neurons. The research appears in Nature Communications.

The KCND2 protein, when modified by an enzyme, slows the generation of electrical impulses in neurons. The researchers found that altering a single base pair in the KCND2 gene enhanced the ability of the protein to dampen nerve impulses. Mice with this mutation performed better than mice without the mutation in a cognitive task. The task involved finding and swimming to a slightly submerged platform that had been moved to a new location. Mice with the mutation found the relocated platform much faster than their counterparts without the mutation.

The researchers plan to investigate whether the mutation will affect neural networks in the animals' brains. They added that studying the gene and its protein may ultimately lead to insights on the nature of cognitive flexibility in people. It also may help improve understanding of epilepsy, schizophrenia, Fragile X syndrome, and autism spectrum disorder, which all have been associated with other mutations in KCND2.