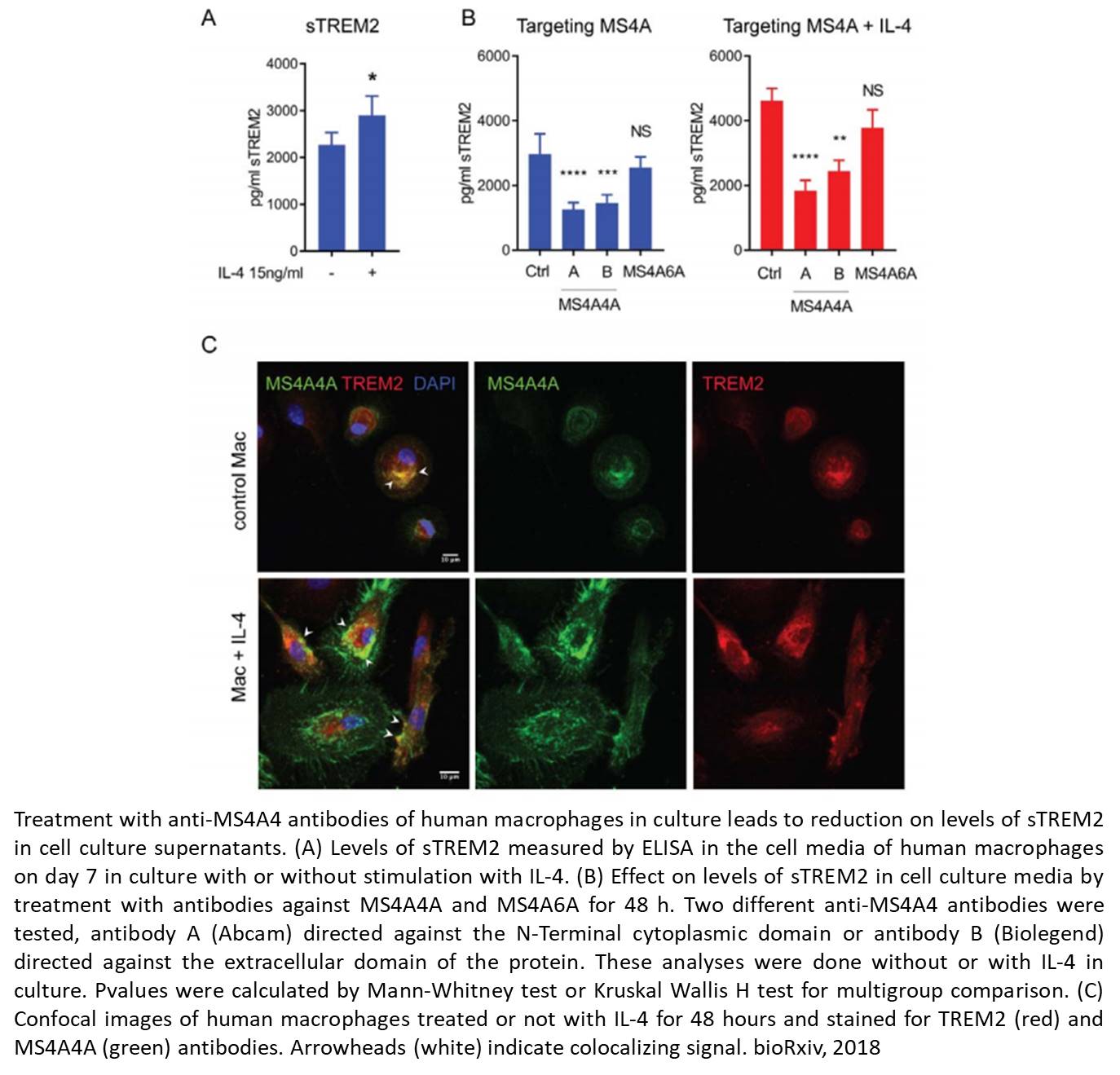 An international team of researchers has identified a pair of genes that influence risk for both late-onset and early-onset Alzheimer's disease.

Most genes implicated thus far in Alzheimer's affect neurons that transmit messages, allowing different regions of the brain to communicate with one another. But the newly identified genes affect an entirely different population of cells: the brain's immune cells. The findings, published in the journal Science Translational Medicine, could provide scientists with new targets and a strategy for delaying the onset of Alzheimer's symptoms.

The genes -- known as MS4A4A and TREM2 -- operate in the microglia, the brain's immune cells. They influence Alzheimer's risk by altering levels of TREM2, a protein that is believed to help microglia cells clear excessive amounts of the Alzheimer's proteins amyloid and tau from the brain.

In this study, the researchers measured soluble TREM2 levels in the cerebrospinal fluid of 813 older adults, most of whom were ages 55 to 90. Of those subjects, 172 had Alzheimer's disease, 169 were cognitively normal, and another 183 had early mild cognitive impairment. They also analyzed the participants' DNA, conducting genomewide association studies to look for regions of the genome that may influence TREM2 levels in the cerebrospinal fluid.

Although variants in TREM2 are found in a very small percentage of patients with Alzheimer's disease, the gene previously had been linked to the disorder. People who carried those previously identified risk mutations were excluded from the study. Common variants in the MS4A4A gene also had been associated with risk for Alzheimer's, but this study connects those genes.

"We observed TREM2 risk variants more often in people who had Alzheimer's or were mildly cognitively impaired, compared with those who were cognitively normal," said co-senior investigator. "It turns out that about 30 percent of the population in the study had variations in the MS4A4A gene that appear to affect their risk for developing Alzheimer's disease. Some variants protected people from Alzheimer's or made them more resilient while others increased their risk."

When the researchers dug further, they noted that variants in the MS4A4A gene cluster linked to an increase in risk for developing Alzheimer's disease are associated with lower levels of soluble TREM2 protein. The other variant, associated with higher levels of TREM2 in the cerebrospinal fluid, seemed to protect against Alzheimer's.

The research team validated its results in DNA from another 580 older adults. Once again, they found that higher soluble TREM2 levels in the cerebrospinal fluid seemed protective, while lower levels increased risk. And those protein levels -- whether high or low -- were linked to variants in the MS4A4A gene.

"For the past several years, we've been looking at TREM2 and increasing our focus on the involvement of the brain's immune cells in Alzheimer's disease" said another co-senior author. "These findings give us a new therapeutic strategy to pursue, one focusing not only on neurons but on how the microglia may be involved in helping to clear damaging proteins, such as beta amyloid and tau, that are linked to Alzheimer's disease."

Those gene variants also may play a role in other diseases of the central nervous system, according to another co-senior author.

"By combining large genetic and spinal fluid analyses with laboratory work, we have provided strong evidence of a biological link between TREM2 and proteins in the MS4A gene cluster, both of which previously had been associated with Alzheimer's disease," the author said. "We are beginning to elucidate a molecular pathway in microglia that could be critical not only in Alzheimer's disease but also in other neurodegenerative and inflammatory diseases in the central nervous system."