A new mechanism for the transfer of maternal mitochondrial DNA 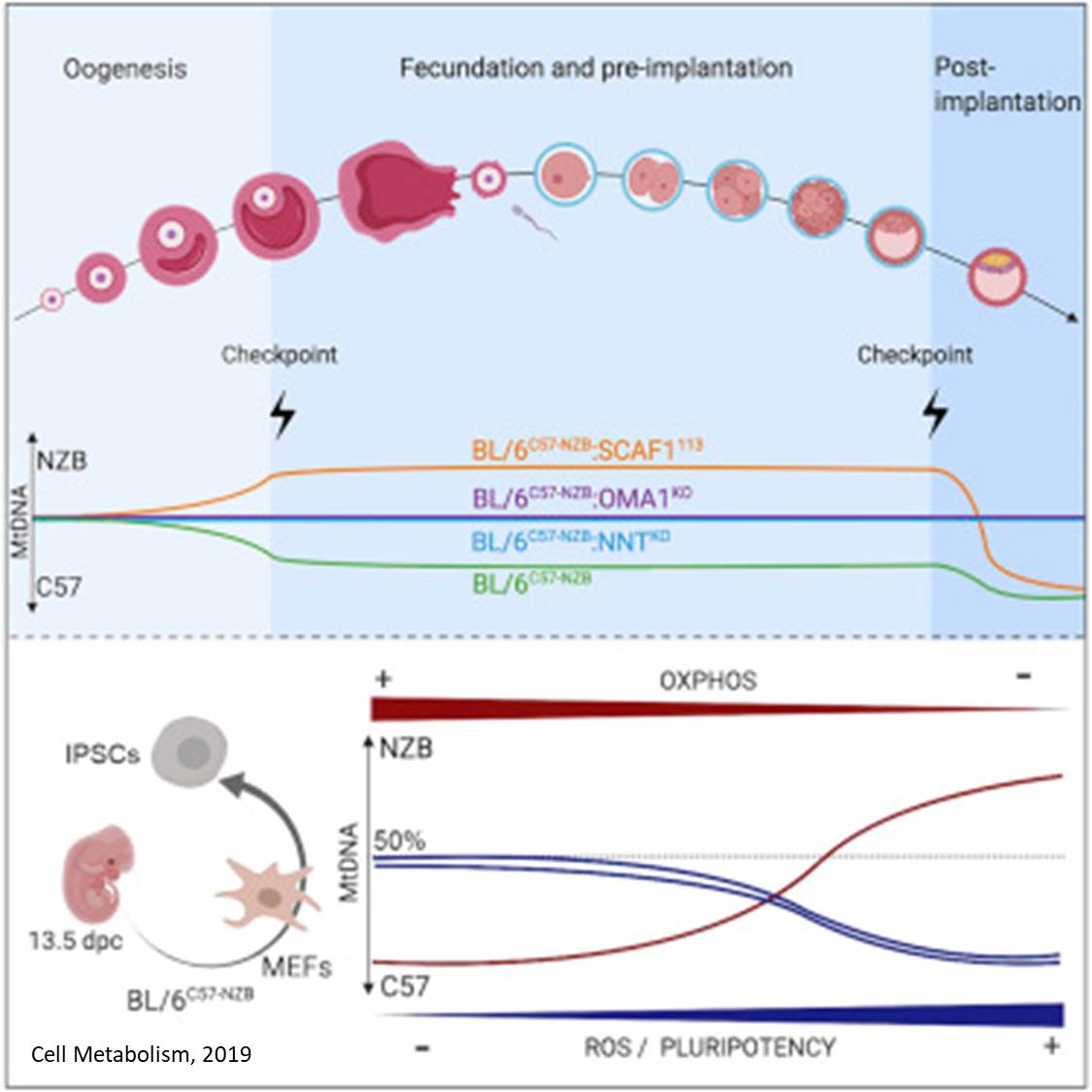 Researchers have defined how dynamic is the process of transfer of mitochondrial DNA, a type of genetic material, from mothers to their offspring. The study is published today in Cell Metabolism.

The information provided in the new study is important for two reasons. First, explained the senior author, because "understanding the mechanisms that regulate the segregation of the mitochondrial genome is necessary for the development of strategies to prevent mother-to-child transfer of mutated mitochondrial DNA that cause mitochondrial diseases."

In addition, the new findings "will likewise help us to devise ways to prevent different types of mitochondrial DNA co-occurring in the same cell as an unwanted result of medical interventions; this phenomenon, known as heteroplasmy, is a potential risk in mitochondrial replacement therapy."

Of the more than 20,000 human genes, 37 are found not in the cell nucleus, but in the mitochondria, small organelles that function as energy factories. This small genome, which we inherit exclusively from our mothers, is called mitochondrial DNA. Like its nuclear counterpart, the mitochondrial genome shows genetic variation between populations, both in mice and in humans.

Unlike nuclear DNA, mitochondrial DNA is present in multiple copies in each cell, is of exclusively maternal inheritance, and does not undergo recombination during its transfer from generation to generation. Nevertheless, mitochondrial DNA has a high frequency of mutations, and this can generate distinct non-pathological population variants of the mitochondrial genome, called haplotypes. Normally, all mitochondrial DNA copies in an individual are essentially identical and derive from the successive copying of the copies inherited from the mother.

The senior author said that, despite this, "it is not uncommon for a mix of mitochondrial DNA variants to coexist in the same cell, a situation known as heteroplasmy. However, in nature, this phenomenon is opposed by several mechanisms."

First, "the paternal mitochondrial DNA in the sperm is actively degraded once the oocyte is fertilized. Moreover, the development of future oocytes produces a 'bottleneck' that reduces the possibility of heteroplasmy. On rare occasions, these processes can fail, producing heteroplasmic individuals."

Heteroplasmy can also be caused by new medical technologies for mitochondrial replacement, and recent studies in patients suggest that very low levels of heteroplasmy may be more common than previously thought.

Mitochondrial replacement technology has the potential to prevent the transfer of disease associated with mitochondrial DNA. This therapeutic approach, aimed at preventing the transmission of pathological mutations to children, involves replacing the mother's mitochondria with mitochondria from a healthy donor. Being very promising, the research team emphasized that the application of this technology, associated in the popular imagination with 'children of three parents', requires a deep understanding of the physiological relevance of mitochondrial DNA variability.

The researchers used mice that have two mitochondrial haplotypes stably coexisting is every cell, a situation that is transferred from generation to generation. Using these mice, the team was able to study the selection of non-pathological mitochondrial DNA variants during maternal inheritance.

"We saw that, during oocyte maturation, one or other of the mitochondrial DNA variants is selected. And we also detected a second round of selection later, during early embryonic development. These findings reveal the complex mechanisms underlying the decision to select one mitochondrial genome or another, and the reason for this choice."