A new method to identify epigenetic changes in DNA 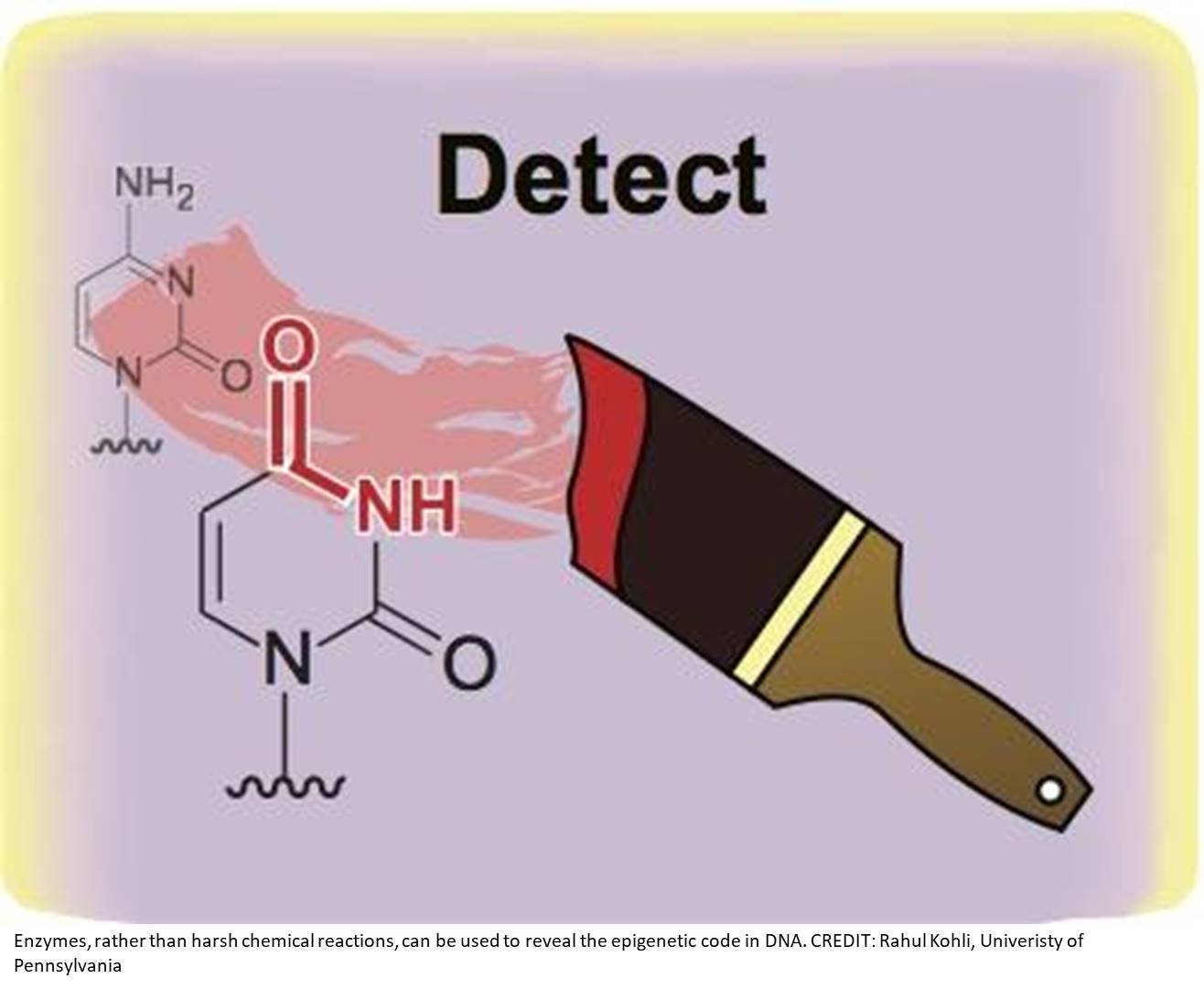 A new method for sequencing the chemical groups attached to the surface of DNA is paving the way for better detection of cancer and other diseases in the blood, according to a study published in Nature Biotechnology. These chemical groups mark one of the four DNA "letters" in the genome, and it is differences in these marks along DNA that control which genes are expressed or silenced.

To detect disease earlier and with increased precision, researchers have a growing interest in analyzing free-floating DNA in settings in which there is a limited amount, such as that extruded from tumors into the bloodstream.

"We're hopeful that this method offers the ability to decode epigenetic marks on DNA from small and transient populations of cells that have previously been difficult to study, in order to determine whether the DNA is coming from a specific tissue or even a tumor." said co-senior author.

Researchers have investigated these DNA modifications over the last two decades to better understand and diagnose an array of disorders, most notably cancer. For the last several decades, the major methods used to decipher the epigenetic code have relied on a chemical called bisulfite. While bisulfite has proven useful, it also presents major limitations: it is unable to differentiate the most common modifications on the DNA building block cytosine, and more significantly, it destroys much of the DNA it touches, leaving little material to sequence in the lab.

The new method described in this paper builds on the fact that a class of immune-defense enzymes, called APOBEC DNA deaminases, can be repurposed for biotech applications. Specifically, the deaminase-guided chemical reaction is able to achieve what bisulfite could do, but without harming DNA.

"This technological advance paves the way to better understand complex biological processes such as how the nervous system develops or how a tumor progresses," said co-senior author.

Using this method, the team showed that determining the epigenetic code of one type of neuron used 1,000-times less DNA than required by the bisulfite-dependent methods. From this, the new method could also differentiate between the two most common epigenetic marks, methylation and hydroxymethylation.

"We were able to show that sites along the genome that appear to be modified are in fact very different in terms of the distribution of these two marks," the author said. "This finding suggests important and distinctive biological roles for the two marks on the genome."