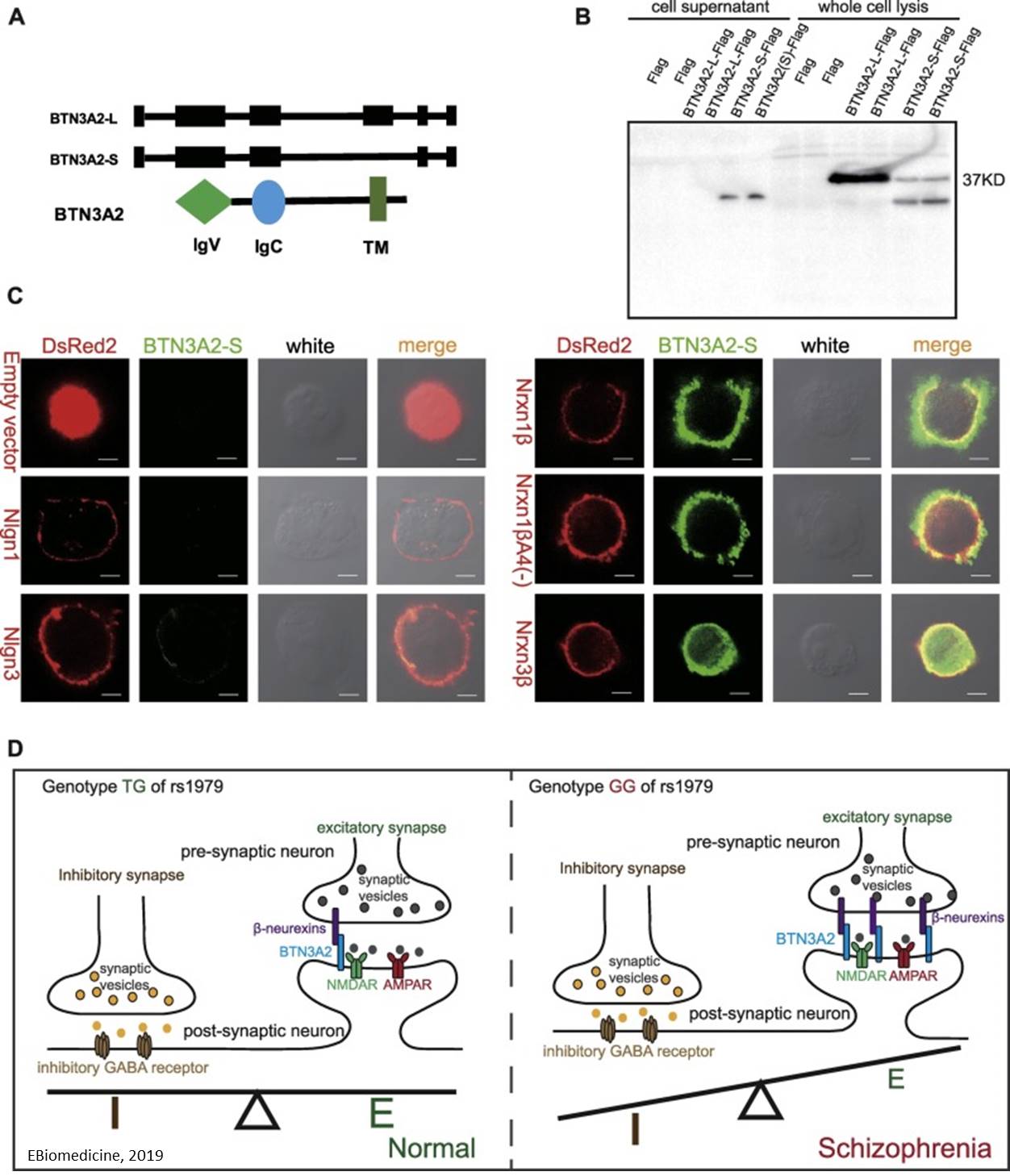 Schizophrenia is a complex, highly heritable and heterogeneous disease with estimated heritability ranging up to 80%. It affects approximately 0.5-1% of the world population.

During the past decade, numerous schizophrenia-associated variants and loci in world-wide populations have been identified, but most of the risk single-nucleotide polymorphisms (SNPs) or variants identified by GWASs were located in intergenic, intronic or other non-coding regions.

To identify the causal genes at the reported risk loci and to elucidate how these risk genes influence the pathogenesis of schizophrenia remains a daunting task. Previous studies showed that most complex disease-associated variants confer risk for the illnesses by acting as eQTL to influence gene expression in cis or in trans.

Result from linkage disequilibrium showed that BTN3A2 was independent from the schizophrenia risk gene C4A. Furthermore, they found that BTN3A2 expression in human brain was highest postnatally and this gene was highly expressed in schizophrenia subjects compared with healthy controls.

Evolutionary analysis found that BTN3A2 was a primate specific gene. To study the function of BTN3A2 during synaptic transmission, they used cultured rat hippocampal slice as the study system and expressed BTN3A2 exogenously in CA1 neurons through biolistic transfection.

The results published in EBioMedicine showed that overexpression of BTN3A2 decreased both AMPAR and NMDAR-mediated excitatory synaptic transmission compared with the control neurons, while no effect was seen on the ratio of AMPA and NMDA EPSCs.

Moreover, overexpression of BTN3A2 decreased the presynaptic release probability, most likely through its interaction with the presynaptic adhesion molecule neurexins. These results from integrative analyses and functional characterization suggested that BTN3A2 may confer risk of schizophrenia by altering excitatory synaptic function.