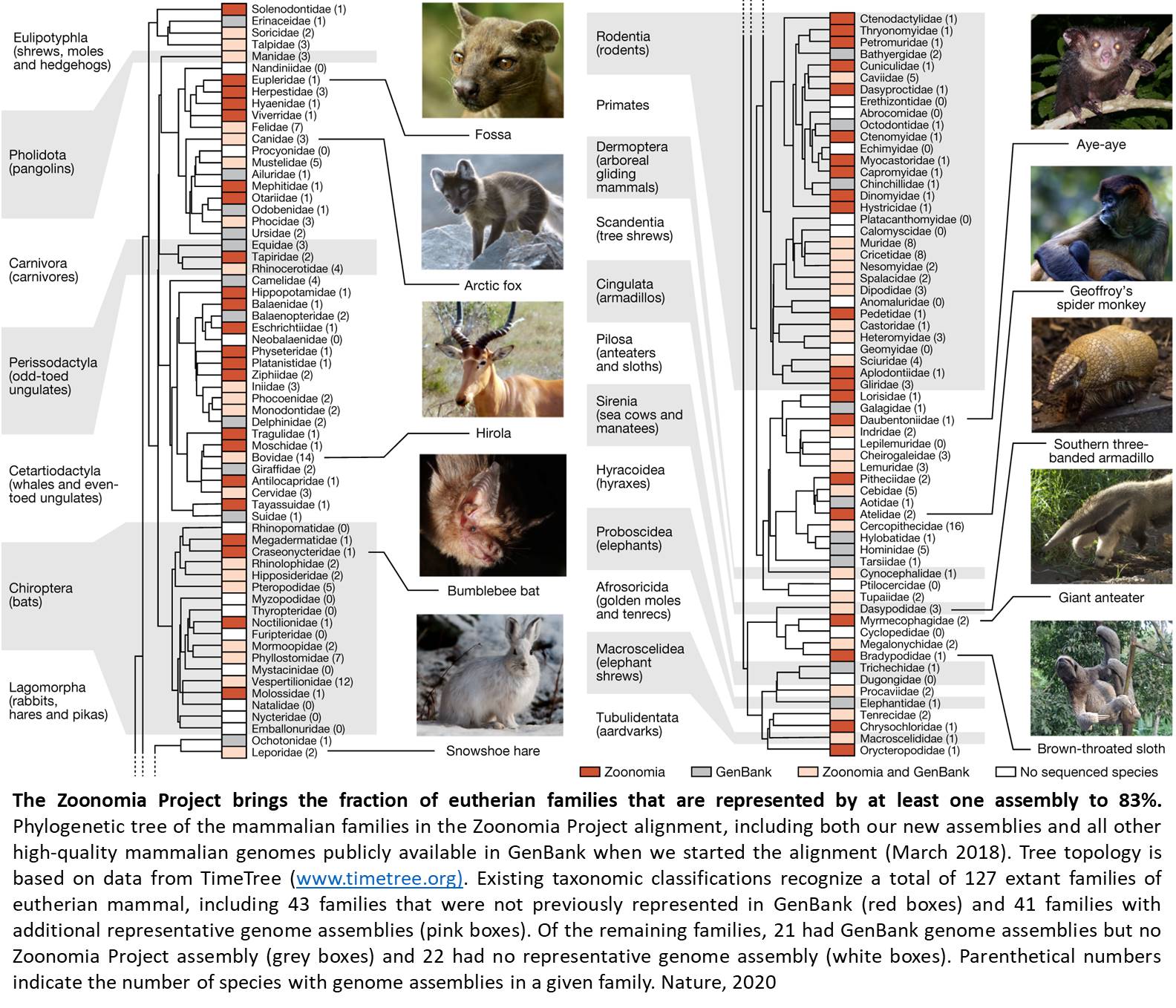 A large international consortium has sequenced the genome of 130 mammals and analysed the data together with 110 existing genomes to allow scientist to identify which are the important positions in the DNA. This new information can help both research on disease mutations in humans and how best to preserve endangered species. The study is published in Nature.

When scientists and medical doctors want to understand which mutations give rise to diseases such as cancer, heart disease or schizophrenia, they compare the genomes from many patients and matched control individuals. They often find tens to hundreds of regions that predispose to disease. These regions typically do not overlap genes, but lie outside genes, and each region may contain hundreds of mutations among which it is hard to pinpoint the one predisposing to disease.

During evolution, the majority of positions in the DNA mutate randomly many times. If a position has not changed in 100 million years (since the first mammal), that specific position is very likely to have an important function in the genome. With the help of this concept, evolutionary constraint, it is much easier to find the regulatory elements that govern when, where and how much of a protein is made from a gene.

"The comparison of the genomes from the 240 mammals will help geneticists to identify the mutations that lead to human diseases," says the senior author.

In addition to understanding the human genome, all these genomes together, sampled broadly across mammals, can be used to study how specific species adapt to different environments. For example, some otters have a thick, water-resistant coat, and some mice, but not all, have adapted to hibernation. These animal traits can help us understand human traits such as metabolic diseases.

With climate change and more animal habitats being affected by human activities, it is becoming more and more important to defend endangered species. Traditionally, scientists study many individuals in different populations of a species to understand the genetic diversity that exist in it. This is important for understanding how to protect specific species. In this study, animals on the IUCN (International Union for Conservation of Nature) red list of endangered species had less variation in their genome, which is consistent with their endangered status.

"We hope that our extensive data set, which is available to all scientists in the world, will be used for understanding disease genetics and the protection of biodiversity," says the author.