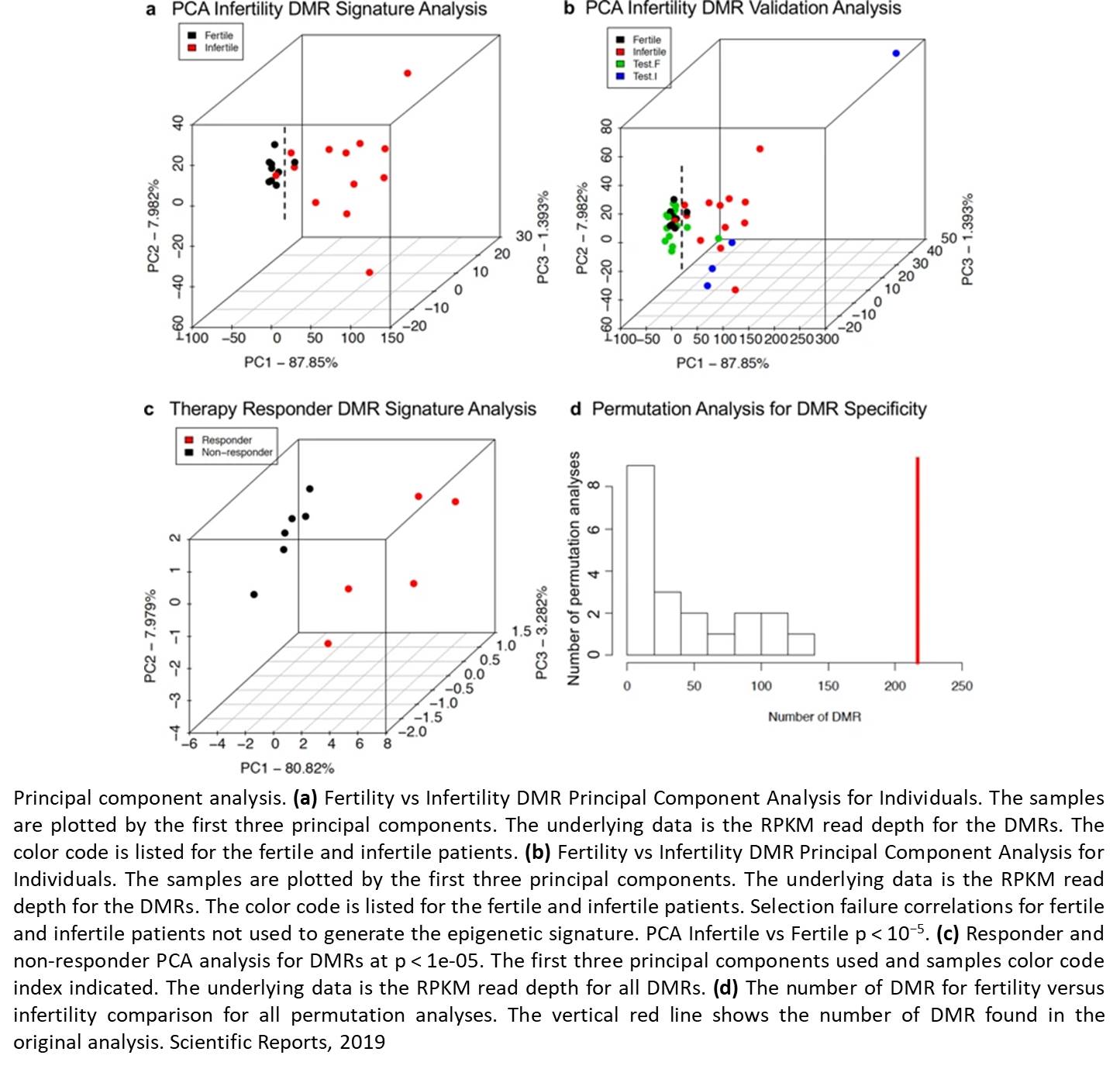 It can take a year or longer of trial and error for a doctor to determine if a man is infertile but new could change that. An international team of collaborators discovered infertile men have identifiable patterns of epigenetic molecules or biomarkers attached to their sperm DNA that aren't present in fertile men.

The scientists also identified epigenetic biomarkers among infertile patients who responded to hormone therapy to treat their condition versus those who did not.

Their research could eventually provide doctors with a reliable method of screening men for infertility and figuring out which treatment options will work best for their patients. This could in turn save couples, where the man is incapable of having children naturally, the extended period of time it usually takes before a doctor will recommend they see a specialist for medically-assisted reproduction.

Currently, the primary method for diagnosing male infertility is to assess sperm quantity and motility, which has been historically of limited success separating fertile from infertile males. The collaborators published a study on their new diagnostic approach today in Nature: Scientific Reports.

"Male infertility is increasing worldwide and is recognized as playing a key role in reproductive health and disease," the senior author said. "Having a diagnostic that tells you right away your male patient is infertile and here are the treatment options that will work for him would be immensely useful."

Around 20 percent of men who require invitro fertilization to have children will have infertility problems where the cause is unknown. These men are typically put on a regimen to try to have a child with their partner for a year or more before being recommended for IVF.

The collaborators wanted to see if they could come up with a diagnostic to get rid of this period of uncertainty. The scientists knew from previous research there was a possible link between male infertility and alterations to groups of methyl molecules stuck to sperm DNA that regulate how certain genes function.

They used advanced molecular analysis techniques to see if they could reliably identify these alterations, or biomarkers, in the methyl groups attached to the sperm DNA of both fertile and infertile men who agreed to participate in a research study.

They found that all of the infertile men in the study possessed a specific biomarker that the fertile men did not. The scientists also identified another biomarker among the infertile patients that could be used to determine who would be responsive to hormone therapy treatment.

The researchers are currently in the process of setting up a much larger clinical trial to test their male infertility diagnostic for potential commercialization.

While still in an early stage of development, the work shows for the first time that diagnostics based off of external modifications to DNA, or epigenetics, can be used to determine the presence of a disease and the ability to treat it.

In the long run, their research could not only have major implications for the treatment of male infertility but for a wide variety of other diseases as well.

"We are interested in investigating a similar diagnostic for determining how patients with arthritis and neurodegenerative diseases such as autism will respond to different treatments," the senior author said. "In the area of therapeutics where many of the drugs on the market only work for a fraction of patients, this could ultimately save time, money and facilitate much better healthcare management."