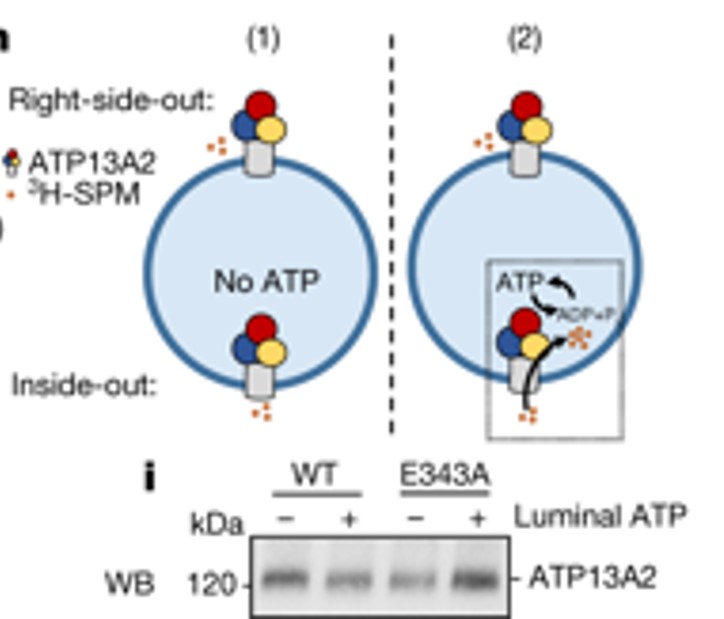 Biomedical scientists have discovered that a defect in the ATP13A2 gene causes cell death by disrupting the cellular transport of polyamines. When this happens in the part of the brain that controls body movement, it can lead to Parkinson's disease.

With more than six million patients around the world, Parkinson's disease is one of the most common neurodegenerative disorders. Around twenty genetic defects have already been linked to the disease, but for several of these genes, we don't know what function they fulfil. The ATP13A2 gene used to be one of these genes, but researchers have now discovered its function in the cell, explaining how a defect in the gene can cause Parkinson's disease.

"We found that ATP13A2 transports polyamines and is crucial for their uptake into the cell," explains senior author. "Polyamines are essential molecules that support many cell functions and protect cells in stress conditions. But how polyamines are taken up and transported in human cells was still a mystery. Our study reveals that ATP13A2 plays a vital role in that process."

"Our experiments showed that polyamines enter the cell via lysosomes and that ATP13A2 transfers polyamines from the lysosome to the cell interior. This transport process is essential for lysosomes to function properly as the 'waste disposal system' of the cell where obsolete cell material is broken down and recycled."

"However, mutations in the ATP13A2 gene disrupt this transport process, so that polyamines build up in lysosomes. As a result, the lysosomes swell and eventually burst, causing the cells to die. When this happens in the part of the brain that controls body movement, this process may trigger the motion problems and tremors related to Parkinson's disease."

Unravelling the role of ATP13A2 is an important step forward in Parkinson's research and sheds new light on what causes the disease, but a lot of work remains to be done.

"The discovery of the polyamine transport system in animals has implications beyond Parkinson's disease as well, because polyamine transporters also play a role in other age-related conditions, including cancer, cardiovascular diseases, and several neurological disorders.Now that we have unravelled the role of ATP13A2, we can start searching for molecules that influence its function."