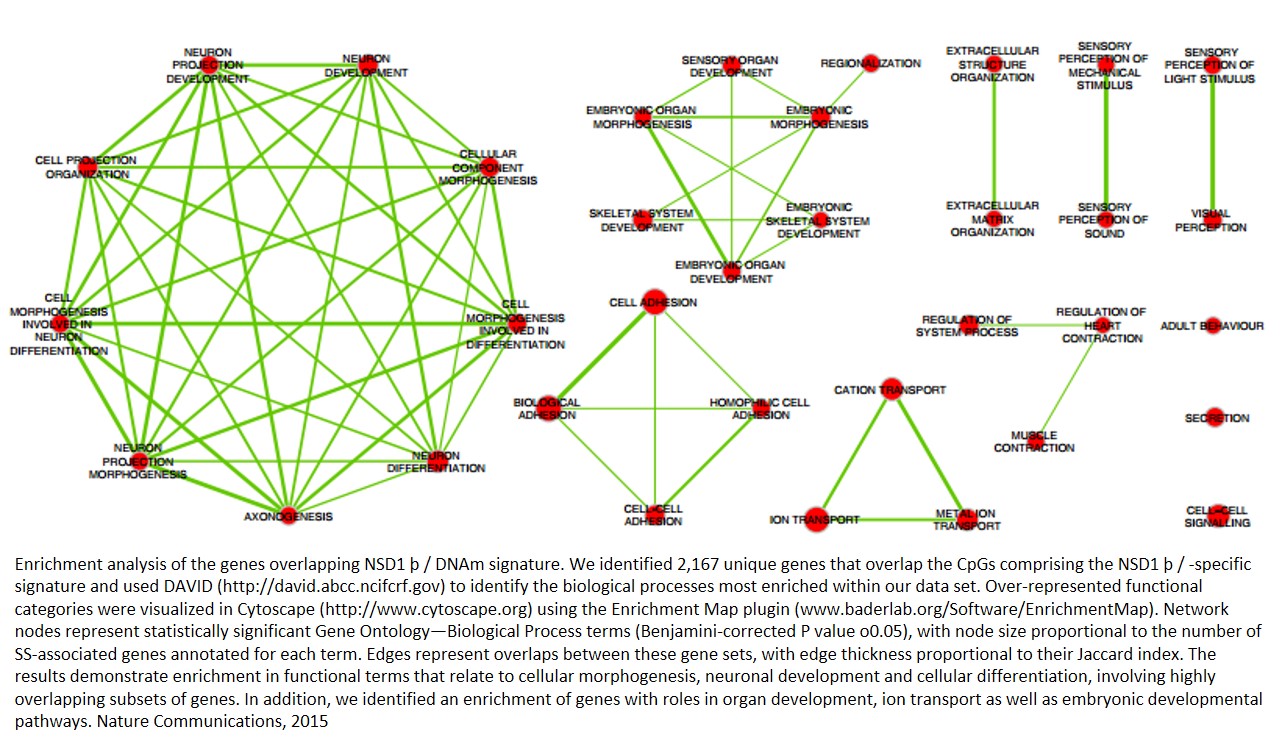 Sotos syndrome (SS) represents an important human model system for the study of epigenetic regulation; it is an overgrowth/intellectual disability syndrome caused by mutations in a histone methyltransferase, NSD1.

As layered epigenetic modifications are often interdependent, authors propose that pathogenic NSD1 mutations have a genome-wide impact on the most stable epigenetic mark, DNA methylation (DNAm).

Validation studies of independent cohorts of SS and controls assigned 100% of these samples correctly. This highly specific and sensitive NSD1+/− signature encompasses genes that function in cellular morphogenesis and neuronal differentiation, reflecting cardinal features of the SS phenotype.

The identification of SS-specific genome-wide DNAm alterations will facilitate both the elucidation of the molecular pathophysiology of SS and the development of improved diagnostic testing.