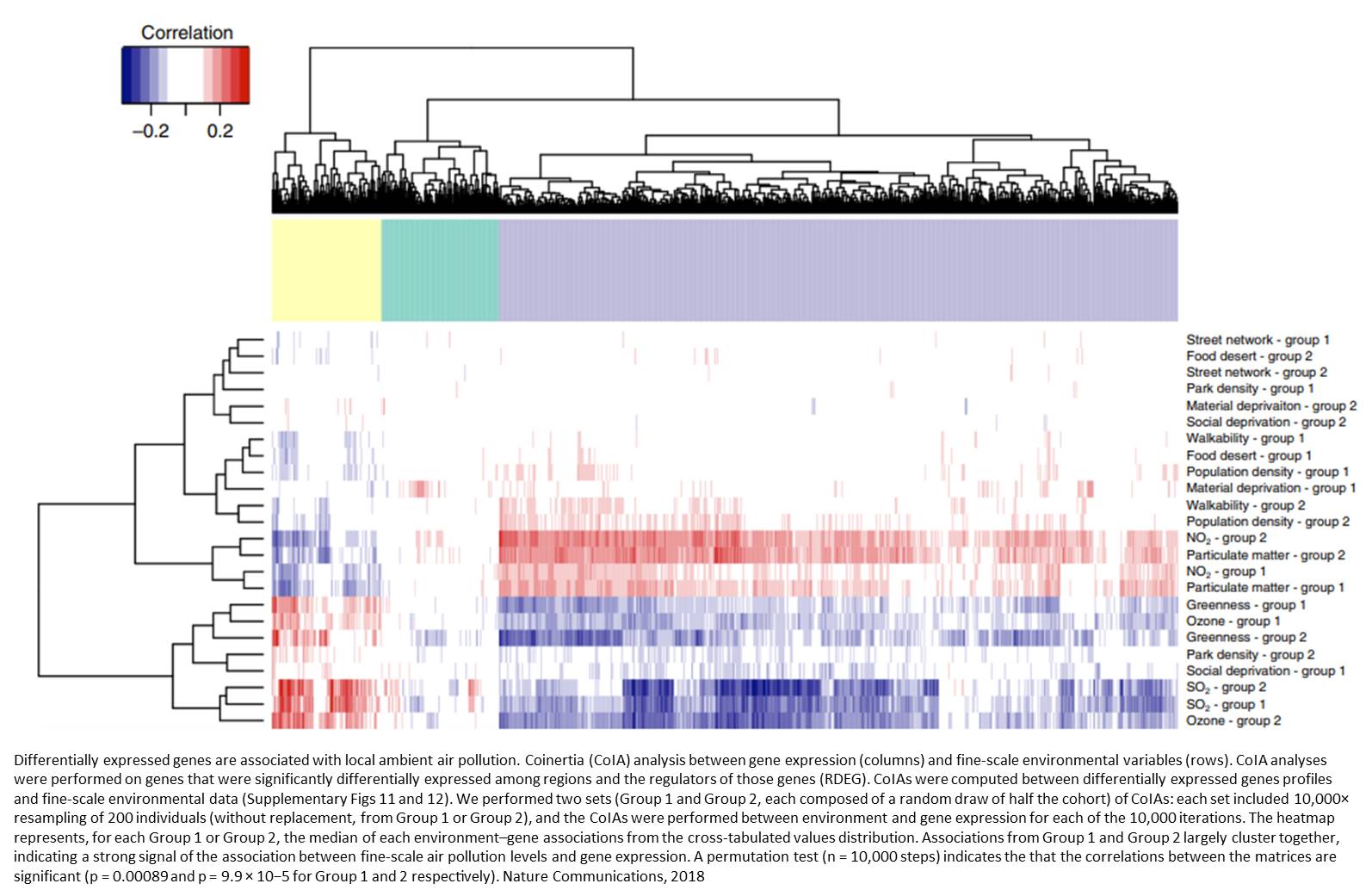 Researchers have found strong evidence that environmental exposures, including air pollution, affect gene expressions associated with respiratory diseases much more than genetic ancestry. The study, published in Nature Communications, analyzed more than 1.6 million data points from biological specimens, health questionnaires and environmental datasets, making this study one of the largest ever to examine the relationship between gene expression and environmental stimuli. These findings represent a groundbreaking use of big data to uncover the environmental factors that are behind diseases and inform strategies for prevention, an approach that would apply to a number of diseases, including cancer.

Genetic, health and disease data of participants from Montreal, Quebec City and Saguenay were linked with environmental information such as air pollution, walkability and access to food to see how these factors impact gene expression. Participants were enrolled in the Quebec arm (CARTaGENE) of the Canadian Partnership for Tomorrow Project (CPTP), which supports research into environmental, lifestyle and genetic factors related to the development and progression of cancer and chronic diseases. More than 300,000 Canadians, 1 per cent of the population, have enrolled in CPTP since its launch in 2008.

The study used deep characterization of gene expression signatures from participants and linked that data with environmental information. "We were surprised to find that we were able to stratify genetic ancestry within Quebec, identifying individuals whose descendants were from Montreal versus Saguenay for example," explains the study's senior author. "This helped us to show how most gene expression is not derived by ancestry, and that environmental exposures associated with living in a particular city or region are more impactful on gene expression associated with disease traits than heritable variation."

One of the main findings of the study was that exposure to higher levels of particulate matter and nitrous dioxide in the Saguenay area affected the expression of genes associated with oxygen pathways and respiratory function. This resulted in higher rates of respiratory ailments such as asthma and chronic obstructive pulmonary disease (COPD). The study also revealed that there are genetic variants that control how a person's gene expression responds when exposed to environmental stimuli.

"Our study shows how one can use the large scope and scale of data in Canada's largest health cohort to better understand how our genes interact with environmental exposures and shape individual health," says the senior author. "I encourage all those engaged in this type of research, both in Canada and around the world, to take advantage of this resource."