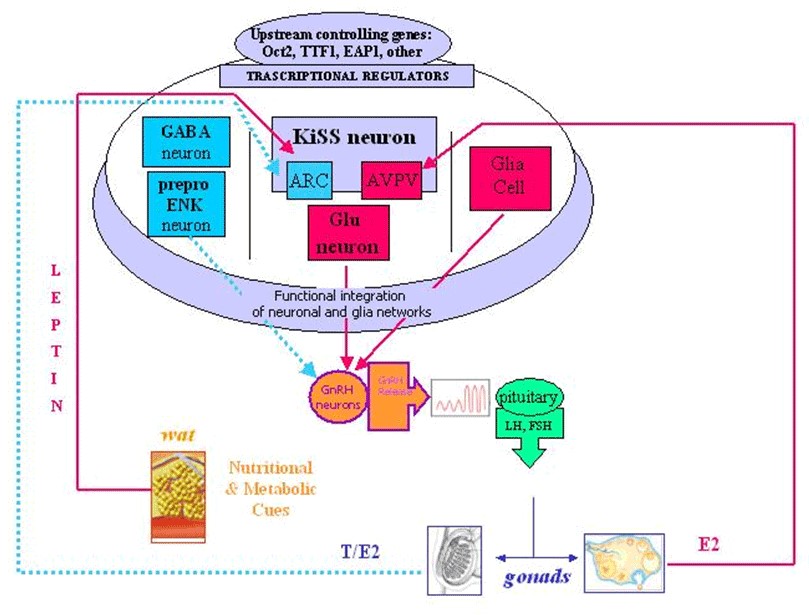 Scientists show that hypothalamic expression of several ZNFs decreased in agonadal male monkeys in association with the pubertal reactivation of gonadotropin secretion. Expression of two of these ZNFs, GATAD1 and ZNF573, also decreases in peripubertal female monkeys.

However, only GATAD1 abundance increases when gonadotropin secretion is suppressed during late infancy. Targeted delivery of GATAD1 or ZNF573 to the rat hypothalamus delays puberty by impairing the transition of a transcriptional network from an immature repressive epigenetic configuration to one of activation.

Authors conclude that GATAD1 epitomizes a subset of ZNFs involved in epigenetic repression of primate puberty.