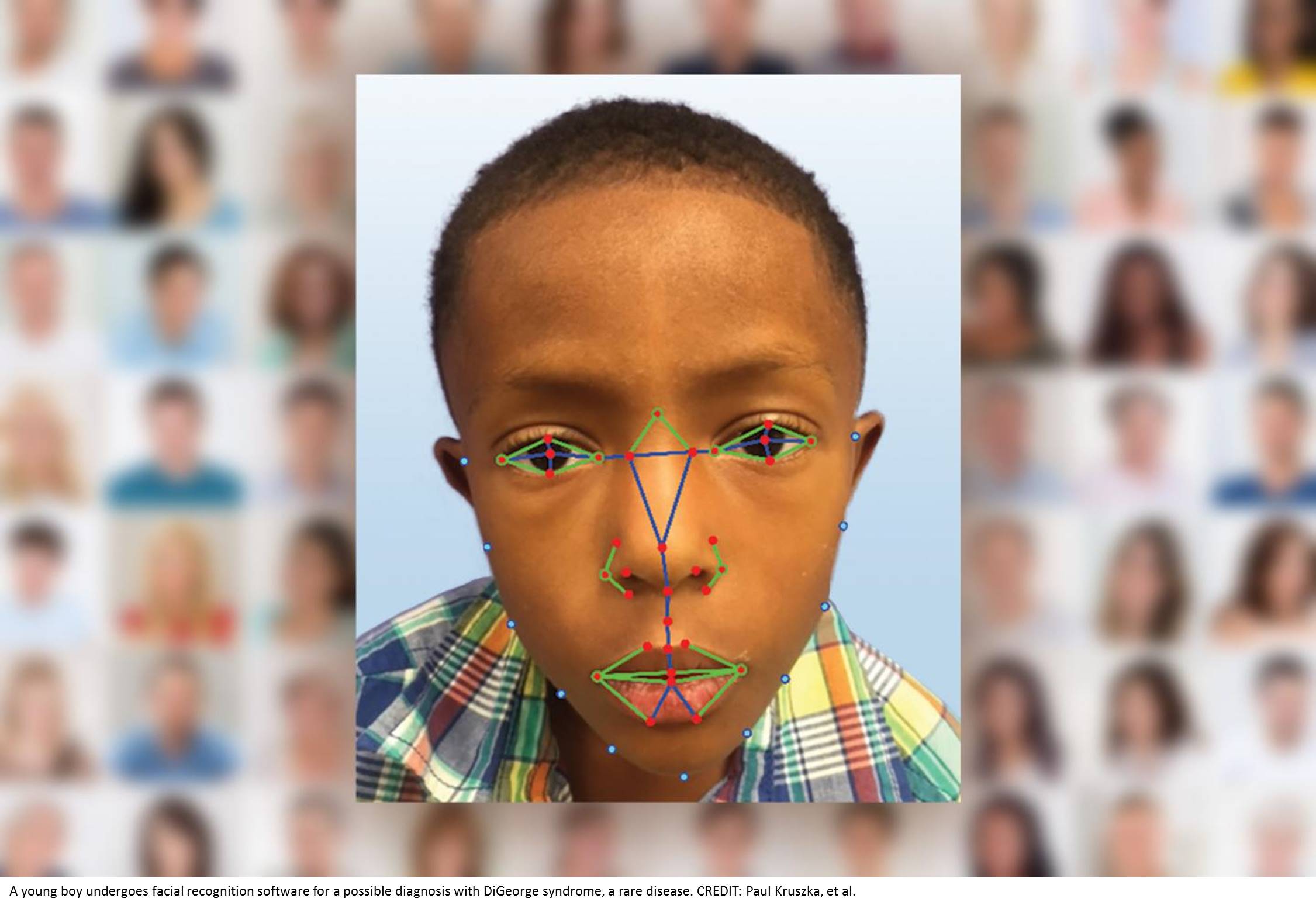 Researchers have successfully used facial recognition software to diagnose a rare, genetic disease in Africans, Asians and Latin Americans. The disease, 22q11.2 deletion syndrome, also known as DiGeorge syndrome and velocardiofacial syndrome, affects from 1 in 3,000 to 1 in 6,000 children. Because the disease results in multiple defects throughout the body, including cleft palate, heart defects, a characteristic facial appearance and learning problems, healthcare providers often can't pinpoint the disease, especially in diverse populations.

The goal of the study, published in the American Journal of Medical Genetics, is to help healthcare providers better recognize and diagnose DiGeorge syndrome, deliver critical, early interventions and provide better medical care.

Using facial analysis technology, the researchers compared a group of 156 Caucasians, Africans, Asians and Latin Americans with the disease to people without the disease. Based on 126 individual facial features, researchers made correct diagnoses for all ethnic groups 96.6 percent of the time.

Researchers hope to further develop the technology - similar to that used in airports and on Facebook - so that healthcare providers can one day take a cell phone picture of their patient, have it analyzed and receive a diagnosis.

This technology was also very accurate in diagnosing Down syndrome, according to a study published in December 2016. The same team of researchers will next study Noonan syndrome and Williams syndrome, both of which are rare but seen by many clinicians.

DiGeorge syndrome and Down syndrome are now part of the Atlas of Human Malformations in Diverse Populations launched by NHGRI and its collaborators in September 2016. When completed, the atlas will consist of photos of physical traits of people with many different inherited diseases around the world, including Asia, the Indian subcontinent, the Middle East, South America and sub-Saharan Africa.

In addition to the photos, the atlas will include written descriptions of affected people and will be searchable by phenotype (a person's traits), syndrome, continental region of residence and genomic and molecular diagnosis. Previously, the only available diagnostic atlas featured photos of patients with northern European ancestry, which often does not represent the characteristics of these diseases in patients from other parts of the world.