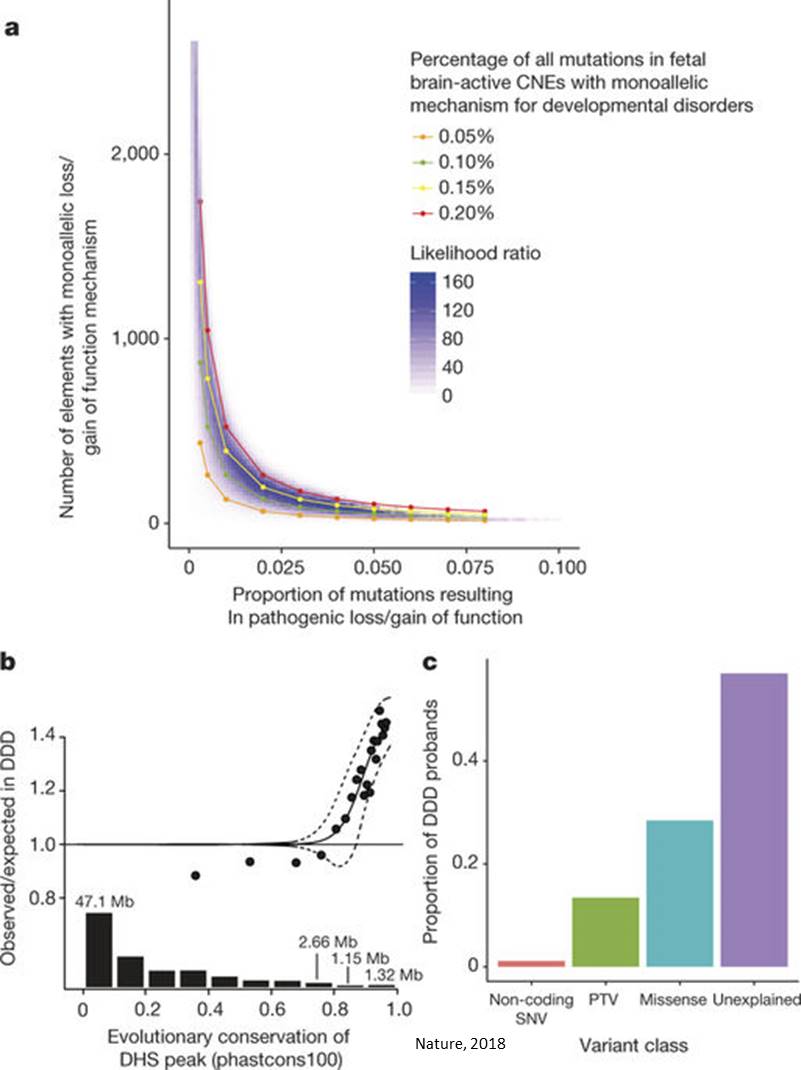 The study is a positive step towards providing an explanation for children with undiagnosed neurodevelopmental disorders.

Every year in the UK, thousands of babies are born with errors in their DNA that mean they do not develop normally. These genetic changes, or mutations, can lead to conditions such as intellectual disability, epilepsy, autism or heart defects.

Due to their rarity, many of these developmental disorders remain undiagnosed. In the latest study, researchers investigated genetic disorders of the central nervous system, such as developmental brain dysfunction that can lead to impaired learning and language.

The team studied the genomes of almost 8,000 child and parent trios, focusing on genes that coded for proteins as well as non-coding parts of the genome that control the switching on and off of genes, known as regulatory elements.

Researchers discovered that mutations outside of genes, in regulatory elements, can cause these neurodevelopmental disorders. These regulatory elements have been very highly conserved over mammalian evolutionary history, suggesting that they have a critical role in early brain development.

Authors identified a significant twofold enrichment of recurrently mutated elements. They estimate that, genome-wide, 1–3% of patients without a diagnostic coding variant carry pathogenic de novo mutations in fetal brain-active regulatory elements and that only 0.15% of all possible mutations within highly conserved fetal brain-active elements cause neurodevelopmental disorders with a dominant mechanism.

The first author said: "For the first time, we've been able to say how many children with severe neurodevelopmental disorders have damaging genetic changes in parts of the genome called regulatory elements. Of the near 8,000 families we studied, up to 140 children are likely to have these particular mutations that are responsible for their condition. We're getting closer to providing a diagnosis for these families."

To understand the mechanism by which these mutations can cause neurodevelopmental disorders, the mutated regulatory elements must be linked to the genes they target. This can be challenging, as genes and the elements that regulate their expression are often located far apart in the genome.

The lead author said: "In order to be able to give a genetic diagnosis for these children with neurodevelopmental disorders, we must first associate individual regulatory elements with specific disorders. This will be made possible, in part, by involving larger numbers of families in our studies. Data from the NHS 100,000 Genomes Project, being delivered by Genomics England, could be crucial in providing additional evidence to allow us to define these disorders with sufficient precision to allow diagnoses to be made."