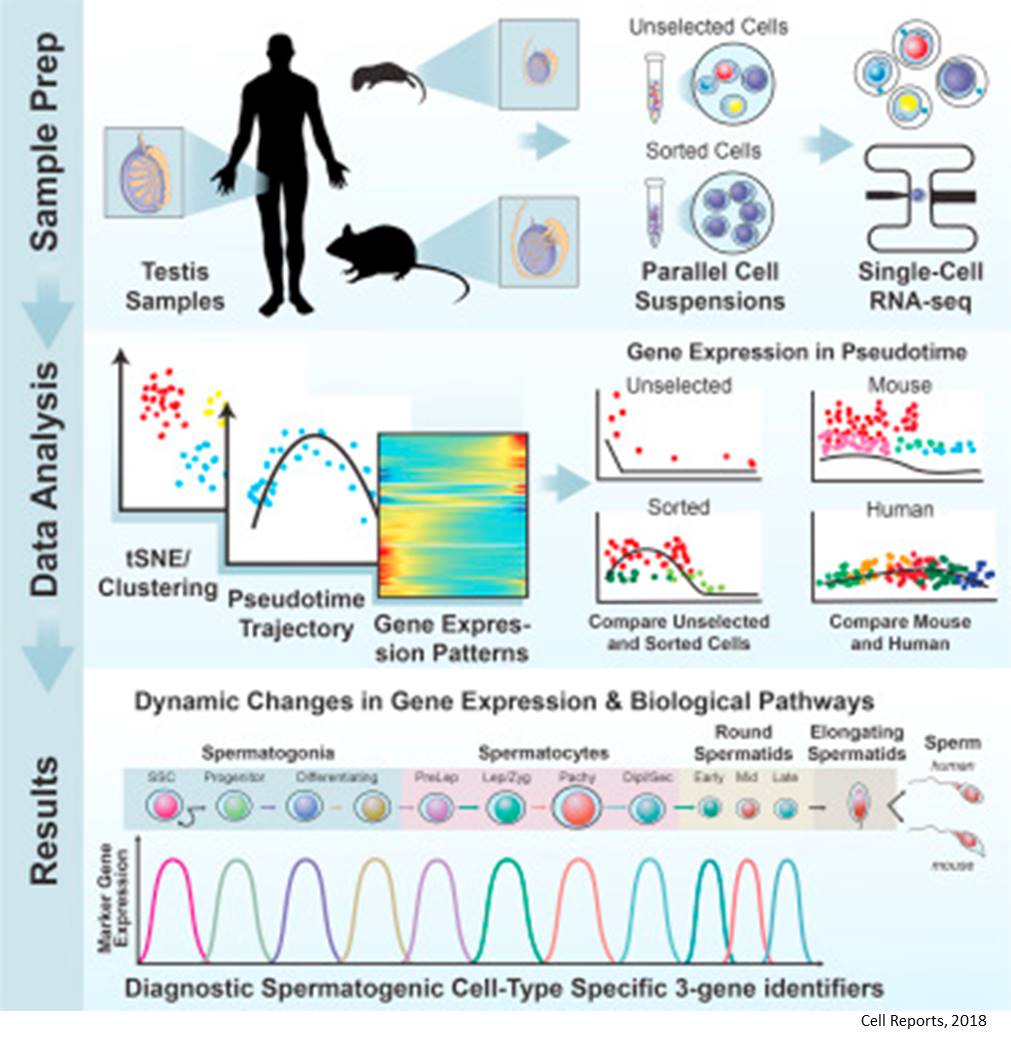 Millions of couples who have trouble conceiving may get relief from new research. The researchers have developed a high-resolution genetic map showing how men produce sperm cells. Their effort could help address genetically based challenges with male fertility, a major cause of conception problems.

The researchers' findings reveal detailed information about which genes are turned on or off in stem cells that ultimately grow into sperm cells. This data could give doctors crucial insight into the development of sperm in a patient, a perspective that was lacking up until now.

"We took a new, cutting-edge approach down to the level of individual cells to understand all the changes in which genes are used to make sperm in the testicles. That previously had not been possible and impedes progress toward a cure for male infertility," said the senior author of paper published in the journal, Cell Reports.

The team built a comprehensive digital library of the cell types required for sperm production in mice and men. They examined more than 62,000 cells and identified 11 different gene expression profiles; their work even uncovered rare and new cells for which little data was previously reported.

The digital roadmap was constructed using the sequencing of genes expressed in germ cells. The researchers used high-tech machines which allow scientists to examine tens of thousands of individual cells and produce the library of genes expressed in each cell in one to two days. The method also employed cutting-edge bioinformatics, data analytics that decode gene expression data generated from the cells.

The individualized approach to profiling gene expression at the single-cell level is what makes this work different. Previous methods have relied on analyzing groups of cells, but when they are bundled together in experiments, the differences among the individual cells are averaged and therefore obscured. Hence, the new approach provides important data that can help uncover the biology underlying how sperm are produced and what may go wrong in men who suffer from infertility.

The new digital gene expression library offers many scientific applications. It could help improve clinical diagnoses in men with infertility because their gene expression "signatures" will be different than those in the normal men now described in this new database. The resource can also provide a foundation to help innovate the next generation of male contraception and to even potentially develop sperm outside the body.

These transcriptome datasets provide an information-rich resource for studies of SSCs, male meiosis, testicular cancer, male infertility, or contraceptive development, as well as a gene expression roadmap to be emulated in efforts to achieve spermatogenesis in vitro.

The researchers are hopeful that the methodology can also be applied to other biological processes in the body in order to uncover new information on which to base novel approaches to diagnose, treat or prevent a wide variety of diseases.

"It's been a dream for decades to take the most primitive cells in the testis and convert them into sperm in a petri dish, yet this has never worked," said Hermann. "If anyone is going to generate sperm cells in a dish, they'd want to know how similar those cells are to those that occur naturally in the body. The data we have generated now provides a reference library for comparison."