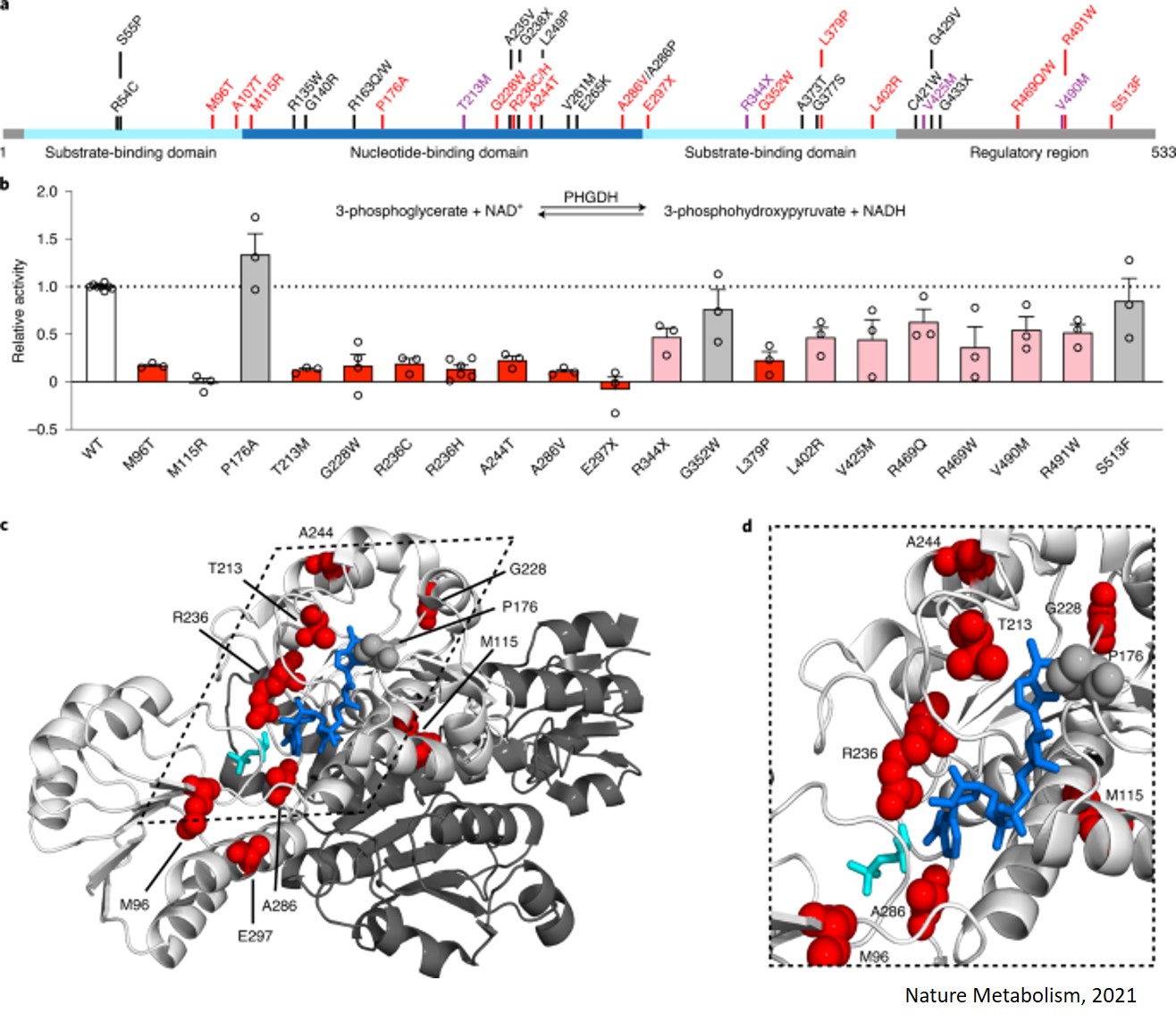 Treatments for a rare retinal disease may be on the horizon after a new study has identified gene variants that cause a metabolic deficiency in the eye.

The disease, macular telangiectasia type 2 (MacTel) occurs in approximately 1 in 5,000 adults over age 40 and slowly causes a significant loss of central vision, which can impair driving, reading, and other activities.

"MacTel is clearly a genetic disease because it tends to run in families, but it's been a tough nut to crack," says the senior author.

"For many years, we didn't know what was causing the disease, and we couldn't find any genes that would give us some clues."

That began to change a few years ago when researchers identified two extremely rare mutations that cause the disease.

These genes account for only 0.1% of cases, but their discovery, also made possible by advances in the emerging field of metabolomics, led to a new view of MacTel as a disease of serine deficiency. Serine is one of 20 amino acids that play an important role in metabolism in the eye and throughout the body.

In a landmark study published in NEJM in 2019, the team found that most MacTel patients, regardless of their genetic makeup, have a serine deficiency that leads to the accumulation of a toxic lipid that damages cells in the retina. Some degree of serine deficiency is prevalent in the general population, and some of these individuals can develop various diseases, including MacTel. However, the exact genetic cause is not known for the vast majority of cases.

Now the team has uncovered another gene that solidifies the link between MacTel and serine deficiency and points the way to effective treatment. The authors used a recently developed method, called collapsing analysis, that can pinpoint difficult-to-find genes.

And though PHGDH accounts for only about 3% to 4% of MacTel cases, "its identification is significant because it causes the same disease features that we see in a substantial number of patients with MacTel," the senior author says.

"That suggests that fixing the serine deficiency or targeting the toxic lipids may be a way to prevent vision loss in many MacTel patients, regardless of the patient's precise genetic defect."

Though the MacTel field is hopeful that treatment options are not far away, the author adds that new therapeutic ideas must be tested first in clinical trials and may not be available for several years.