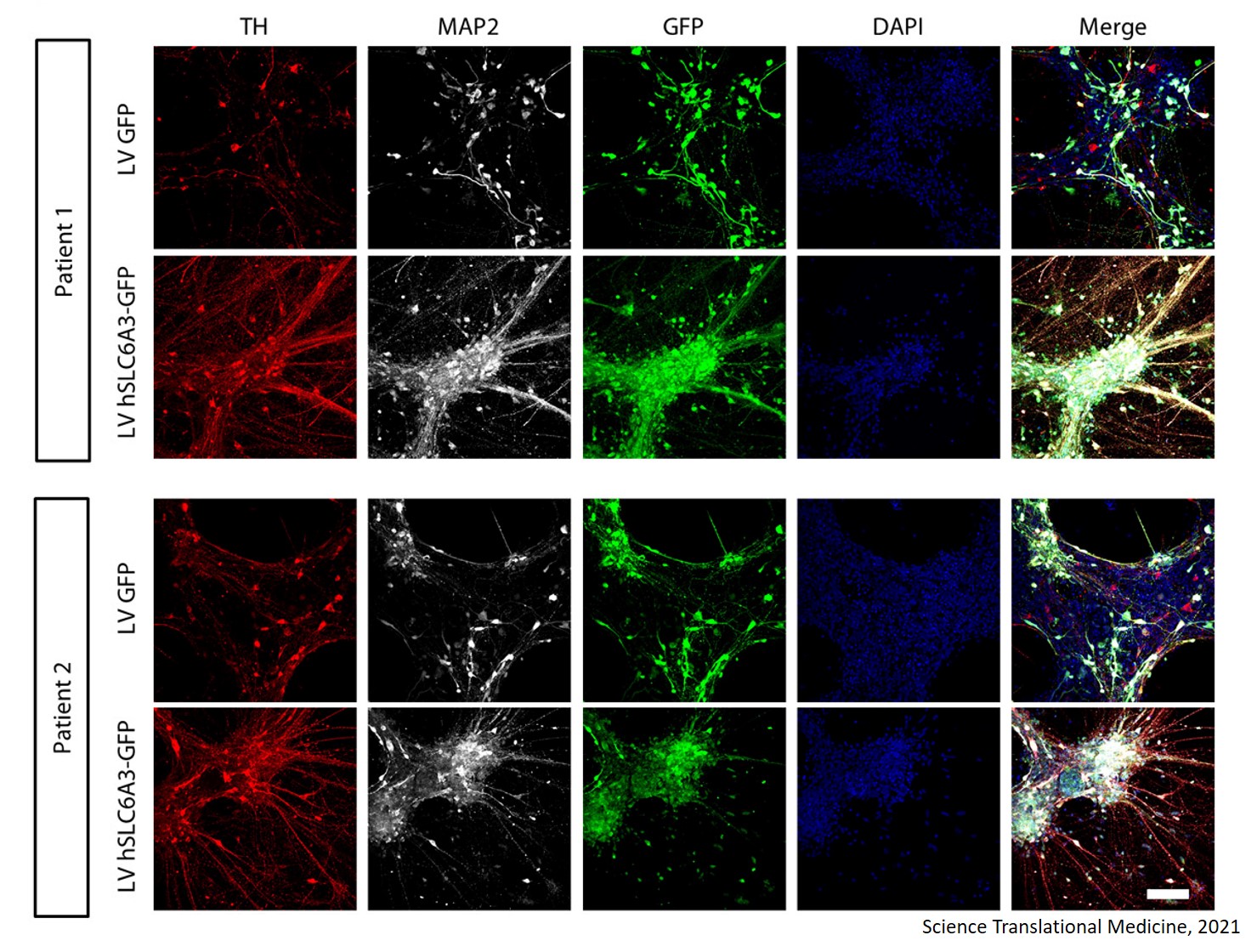 Scientists have given hope of a gene therapy cure to children with a rare degenerative brain disorder called Dopamine Transporter Deficiency Syndrome (DTDS).

The team have recreated and cured the disease using state-of-the-art laboratory and mouse models of the disease and will soon apply for a clinical trial of the therapy. Their breakthrough comes just a decade after the faulty gene causing the disease was first discovered by the lead scientist of this work.

The results, published in Science Translational Medicine, are so promising that the UK regulatory agency MHRA has advised the researchers that they can now proceed to prepare for a clinical trial. DTDS is a rare, progressive and life-limiting neurological condition caused by a faulty gene that affects brain cells. Infants with DTDS are rarely able to learn to walk or speak and as they grow they develop 'parkinsonism', so called because of similarities to Parkinson's Disease.

This includes slow movements, involuntary twisting postures of their arms and legs and whole-body stiffness.

There are no effective treatments or a cure and most children with DTDS sadly die before reaching adulthood, often from respiratory infections or other complications. Although the condition is rare, with around 50 children worldwide currently known to doctors, it has previously been mistaken for cerebral palsy and may continue to be undiagnosed.

Scientists took skin cells from children with DTDS and turned them into stem cells, which can grow into any type of cell to build or repair different parts of the body. The team converted these stem cells into the exact brain cells (dopaminergic neurons) that carry the genetic 'fault' responsible for DTDS.

Using this laboratory model - or 'disease in a dish' - made directly from the cells of children with this rare condition, scientists were able to test the experimental gene therapy for DTDS and show that it could relieve the disease-related defects in DTDS brain cells.

The team used fluorescence microscopy to see what was happening in their 'disease in a dish'. The seemingly random pattern of colours in the untreated cells (left) shows how the neurons and their communicating 'arms' - called neurites - had not formed properly in cells with DTDS. The gene therapy treated cells form a much more obvious cluster pattern for the neuron - seen in white - with its red neurites, essentially showing the DTDS is cured in a laboratory model.

A further collaboration enabled the researchers to build on their 'disease in a dish' results, studying DTDS in mice and testing gene therapy as a cure. The gene therapy injects a modified, harmless virus containing the healthy gene into the area of the brain where this gene is missing. The mice were successfully cured of their symptoms including involuntary and disordered movements, progressive parkinsonism and weightloss. Based on the promising results of the laboratory tests, the next phase is to develop a clinicaltrial which would involve children diagnosed with DTDS.