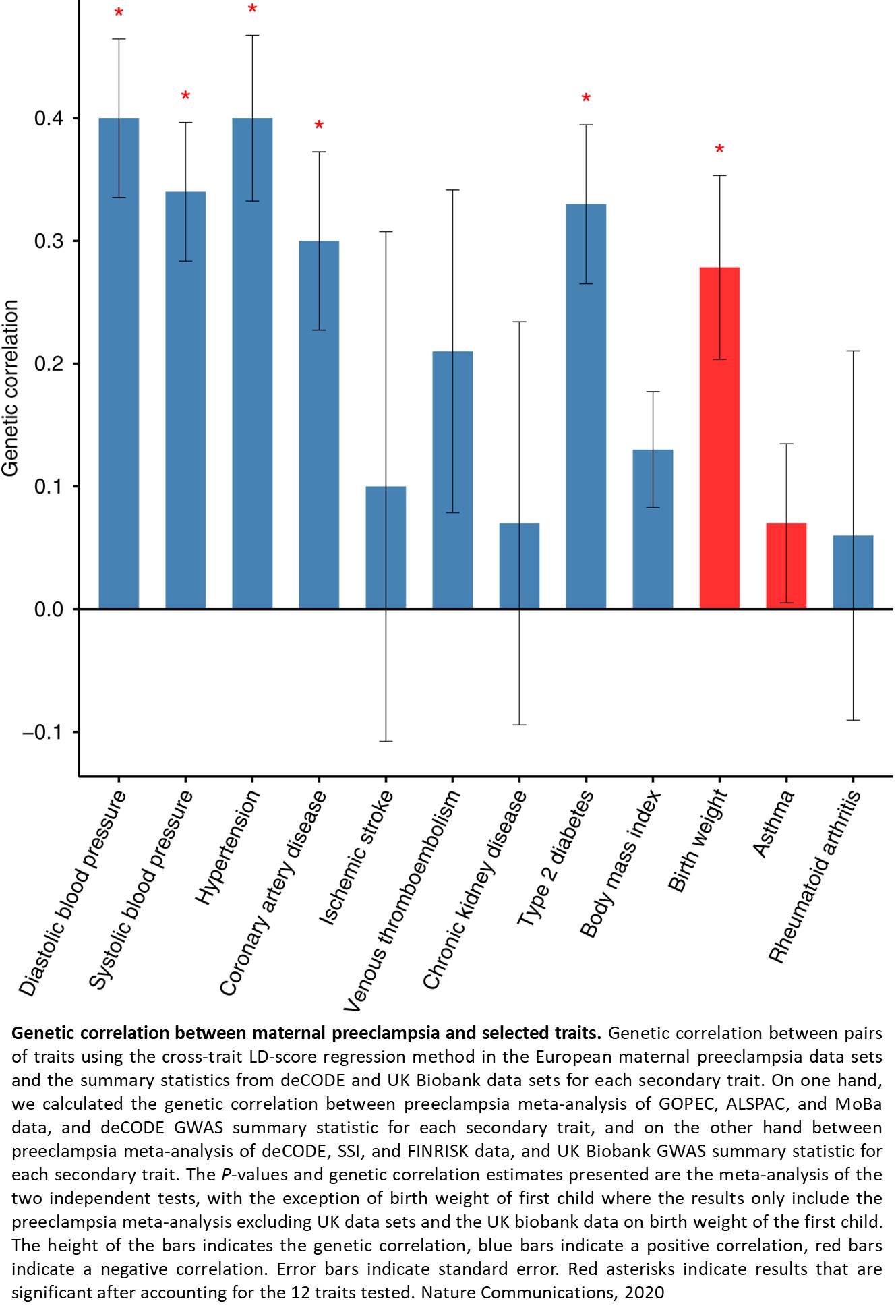 Pre-eclampsia, usually diagnosed by increased blood pressure and protein in urine, affects up to 5% of pregnant women. It contributes worldwide to the death of estimated 50 000 women and up to one million babies annually. The condition is also associated with an increased risk of cardiovascular diseases among mothers and their children later in life. There is an inherited risk, with women with a family history of pre-eclampsia at greater risk of developing the condition themselves.

In the InterPregGen study, researchers studied how maternal genetic variation influences the risk of pre-eclampsia. The team studied the genetic make-up of 9,515 pre-eclamptic women and 157,719 control individuals.

The study also shows that overall genetic predisposition to hypertension is a major risk factor for preeclampsia and thus a large number of variants each with a small effect may also contribute to the risk. These current results complement the earlier findings of the same researchers, who showed that a variant near FLT1 gene in the fetal genome affects mothers' risk of developing pre-eclampsia.

The genes identified so far fit hand-in-glove with other current knowledge of pre-eclampsia as hypertension and obesity are known maternal risk factors. This study shows that these associations are partly explained by inherited predispositions. However, they only explain a part of the pre-eclampsia risk. Whether the remaining unidentified factors act through the maternal or fetal genome, or both, remains to be seen.

The new insights from this study could form the basis for more effective prevention and treatment of pre-eclampsia in the future, and improve the outcome of pregnancy for mother and child.

Why strength training might come at the expense of endurance muscles

How neuromuscular connections are maintained after nerve lesions