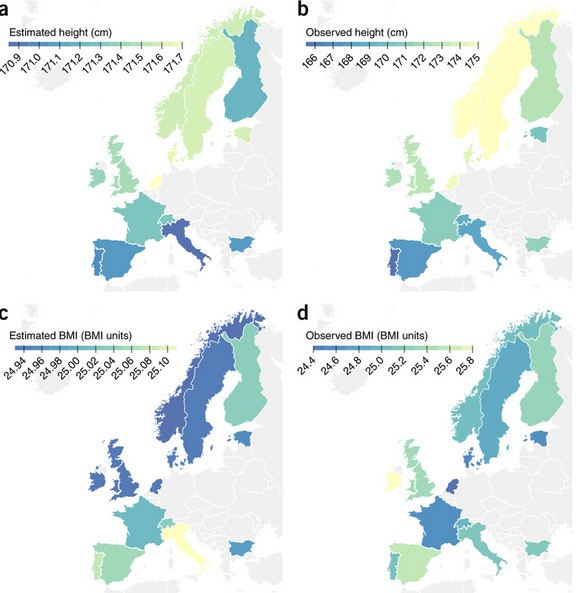 The study, which examined the height and weight of almost 10,000 people from 14 European countries, suggests a link between the genes that increase a person's height and those that produce a reduced body weight.

It could also help to explain why people from northern European countries - like Sweden, Norway and Finland - have a reputation for being long and lean. That - as well as being taller and slimmer than other Europeans.

Author said “genetic variation between countries could explain national differences in height, but environmental factors were the main determinant of a population's BMI.”

The study is published in the journal Nature Genetics.