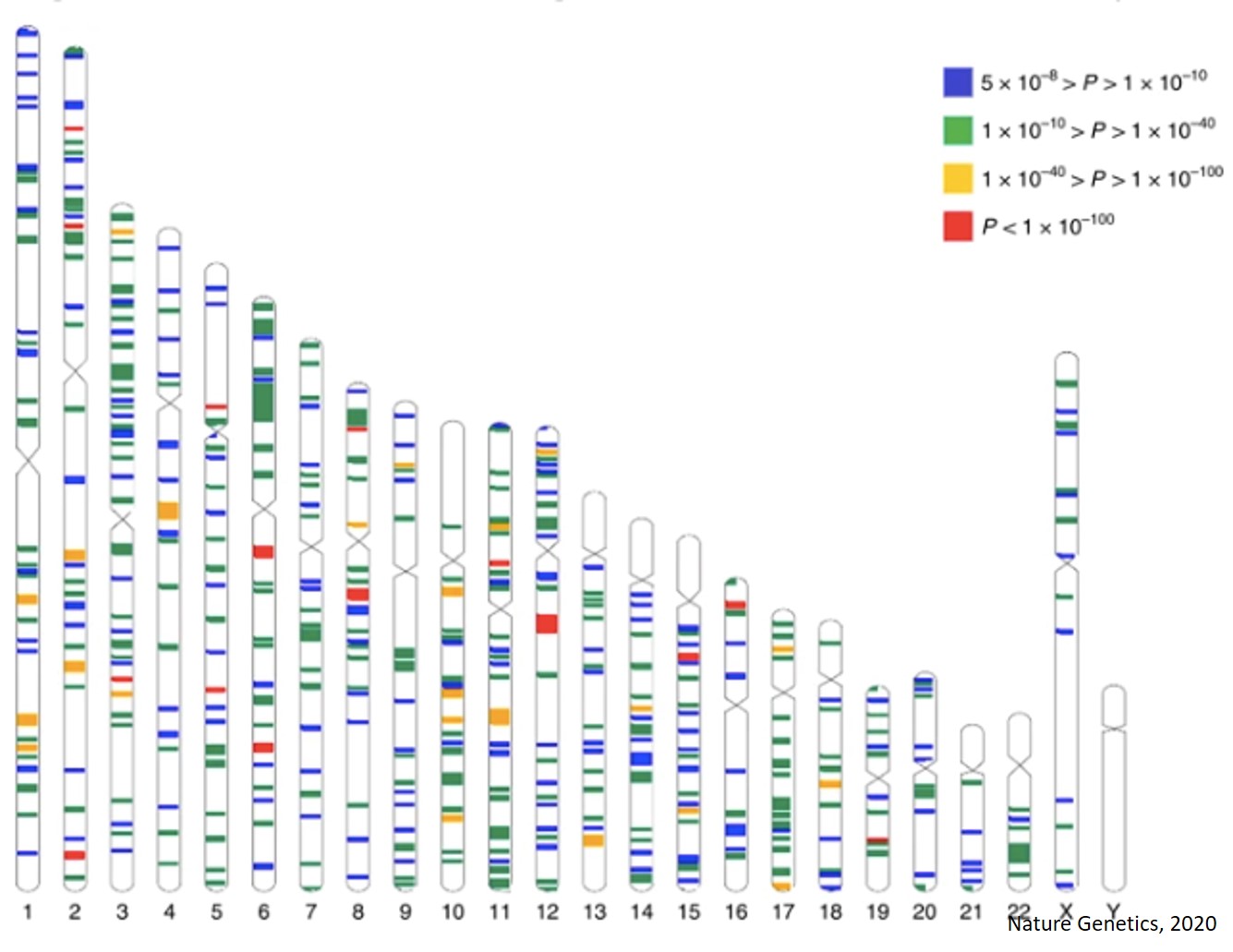 The study, published in Nature Genetics found the ways in which genetics can play a part in myopia.

The study analysed the DNA in relation to the eyesight and degree of myopia in over half a million volunteers. The study identified about a thousand genetic variations in almost 450 genes which appeared to account for many cases of moderate or severe myopia in the population.

It found that the condition, which affects a third of the population in the United Kingdom, can be caused by the mechanisms by which light signals are transmitted by the retina in the eye to the brain. This study also showed other parts of the eye that transmit light are also involved. The findings of genetic markers may lead to being able to predict the condition in children.

Genes that participate in the maintenance of circadian rhythm were shown to be important in myopia and genes responsible for pigmentation of the eyes, hair and skin, were also associated.

Myopia is commonly passed on from parents to children and genetics can reveal previously unknown myopia-causing mechanisms that may inspire future treatments. The study found that genes involved in the circadian rhythm - the inner biological clock regulating our 24-hour long sleep and wake cycles - could be an important factor.

If patients inherit enough genetic variants underlying these processes, short-sightedness will develop. For the first time, a genetic model based on the identified DNA variants successfully predicted up to 75% of myopia in the participants tested.

Another author said: "Very excitingly, we are now heading towards having the ability to predict which children will become short-sighted based on their genetic markers. If we can develop treatments to prevent myopia, these genetic findings may be able to help us identify those who are at highest risk and need them most."