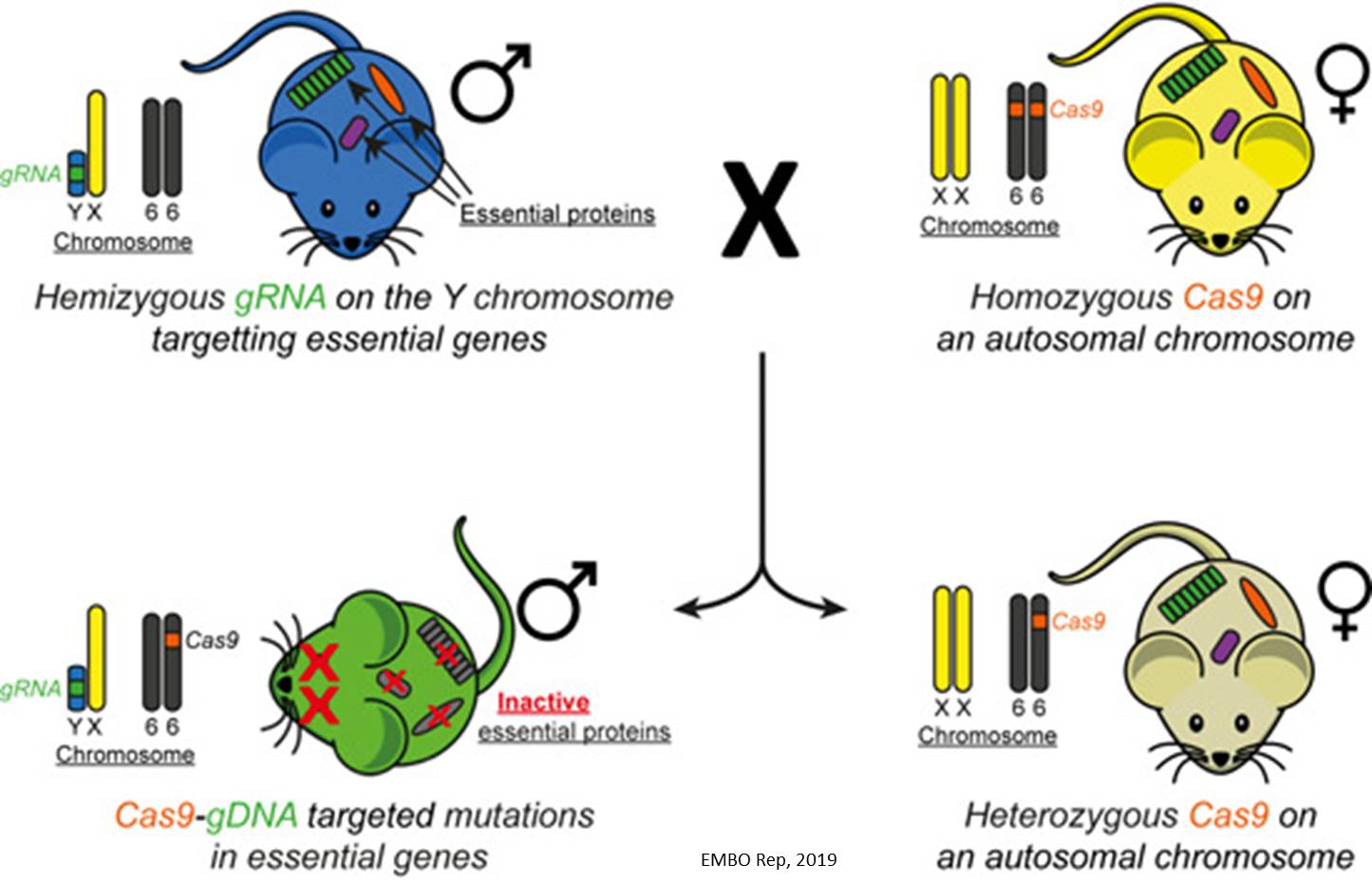 Certain plants, insects, crustaceans and fish possess the uncanny ability to change the sex of their offspring before they are born. Mammals have never before demonstrated this genetic skill, until now.

A new study published in EMBO Reports reveals a genetic system in mammals that enables two animals to mate and produce only females. A similar system based on identical principles would produce only males.

"The research provides the world's first proof-of-concept for mammals to genetically produce only female progeny," says the senior author. "We proved the concept in mouse models, but the concept could also be demonstrated in cattle, swine, goats, chickens and other animals.

"The current approach uses sex-sorted cattle semen to control the sex of their offspring," the senior author explains. "Farmers in the dairy and layer-poultry industries obviously prefer female calves and chicks, but to date, there was no accessible genetic way to regulate the sex ratio, which is naturally left around 50-50. We approached this problem in an innovative way, using genetic engineering."

The researchers crossed two types of genetically engineered mice. The maternal mouse encoded a Cas9 protein, a CRISPR-protein that is inactive unless guided by special "guide-RNAs." The paternal mouse encoded these guide-RNAs on the Y-sex chromosome, a sex chromosome present only in males. After fertilization, the guide-RNAs from the paternal sperm and the Cas9 protein from the maternal egg were combined in the male mouse embryos, but not in the female embryos (because the females lack the Y chromosome). The combination of guide-RNAs with Cas9 results in a complex that eliminates the male embryos.

"We showed that Cas9 was specifically activated only in male embryos," says the senior author. "Our results pave the way for a genetic system that allows biased sex production. When two transgenic types of mice encoding Cas9 or Y-chromosome-encoded guide-RNAs are crossed, lethality of males occurs because Cas9 is guided from the Y chromosome to target essential genes. This does not happen in females because the Y chromosome is not transferred to them. This cross thus halts embryonic development of males without affecting the development of females.

"Importantly, the system can also be used to produce only males. Engineering the guide-RNAs on the paternal X-sex chromosome should result in the exclusive elimination of females, resulting in males-only progeny, which are more beneficial in the beef industry."

The research presents a first-of-its-kind approach to determining mammalian sex through genetic means, the senior author says. "We believe that the producers of cattle, swine and chicken may benefit greatly from the technology."