Genetic signature may identify mothers at risk for preeclampsia 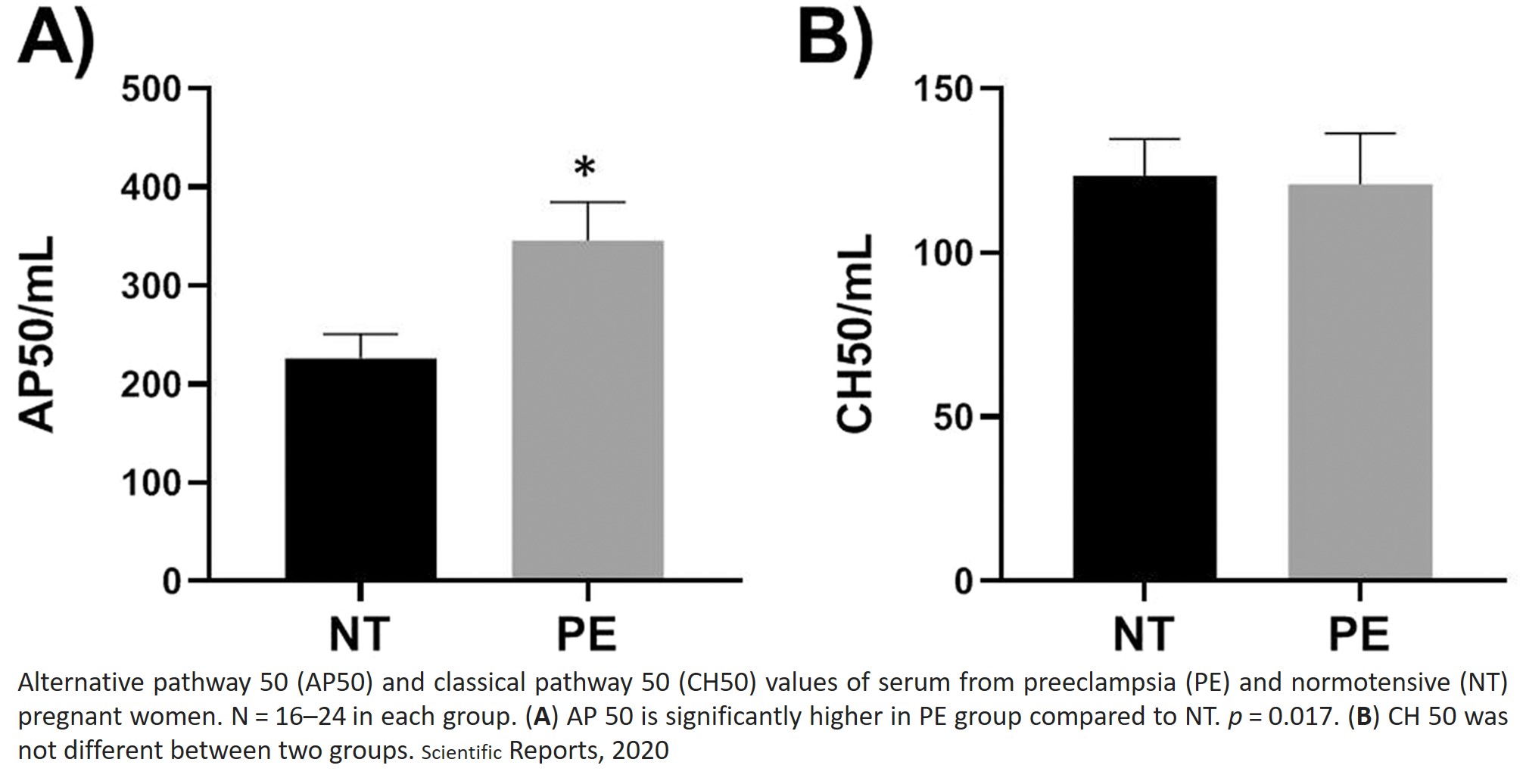 Researchers have identified a genetic signature combining certain maternal and fetal gene variants that are associated with a higher risk of preeclampsia. Preeclampsia is a pregnancy complication resulting from sudden elevation in blood pressure that may lead to maternal organ dysfunction and fetal growth restriction. If the condition is not controlled, eclampsia, a serious disorder that causes life-threatening seizures, may follow. Ten to 15 percent of maternal mortality is associated with preeclampsia and eclampsia.

What causes preeclampsia is not known, and the condition is difficult to predict, but in this new study published in Scientific Reports, the researchers identified a total of 9 common SNPs and discovered that a particular combination of two maternal  (factor H and C3) and one fetal gene (CD46) variants seems to predispose women to preeclampsia. The genes are linked to the complement system, an important part of the body's immune defense against infection that also can drive inflammation. Minor allele frequencies of two fetal CD46 SNPs were significantly higher in PE.

This genetic signature of the condition could be used in the future to identify women at risk and prepare in advance to manage their condition.