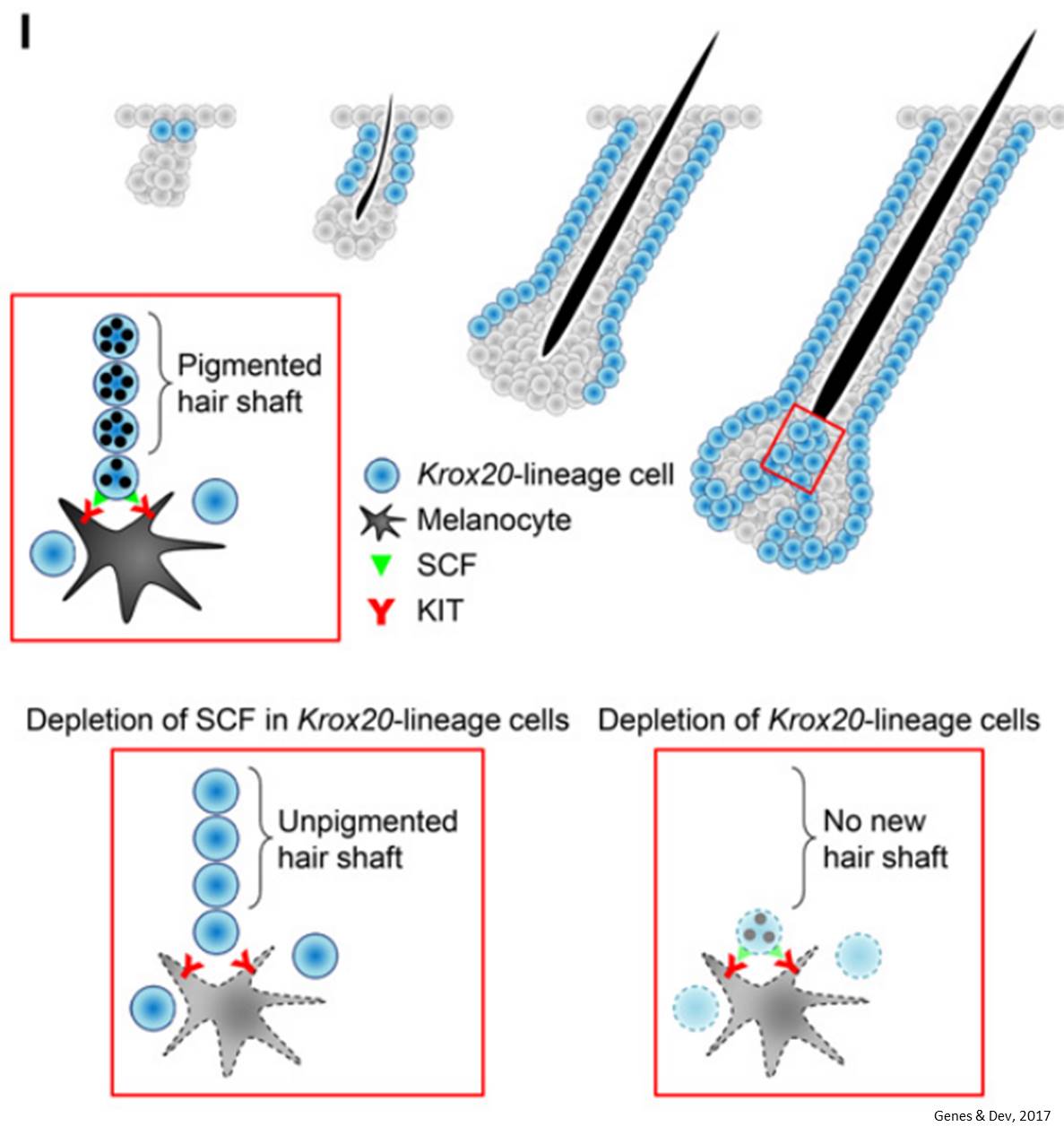 Researchers have identified the cells that directly give rise to hair as well as the mechanism that causes hair to turn gray - findings that could one day help identify possible treatments for balding and hair graying.

The researchers found that a protein called KROX20, more commonly associated with nerve development, in this case turns on in skin cells that become the hair shaft. These hair precursor, or progenitor, cells then produce a protein called stem cell factor (SCF) that the researchers showed is essential for hair pigmentation.

The researchers serendipitously uncovered this explanation for balding and hair graying while studying a disorder called Neurofibromatosis Type 1, a rare genetic disease that causes tumors to grow on nerves.

Scientists already knew that stem cells contained in a bulge area of hair follicles are involved in making hair and that SCF is important for pigmented cells, said the senior author.

What they did not know in detail is what happens after those stem cells move down to the base, or bulb, of hair follicles and which cells in the hair follicles produce SCF - or that cells involved in hair shaft creation make the KROX20 protein, senior author said.

If cells with functioning KROX20 and SCF are present, they move up from the bulb, interact with pigment-producing melanocyte cells, and grow into pigmented hairs.

But without SCF, the hair in mouse models was gray, and then turned white with age, according to the study. Without KROX20-producing cells, no hair grew, the study said.

The researchers will now try to find out if the KROX20 in cells and the SCF gene stop working properly as people age, leading to the graying and hair thinning seen in older people - as well as in male pattern baldness, senior author.

The research also could provide answers about why we age in general as hair graying and hair loss are among the first signs of aging.