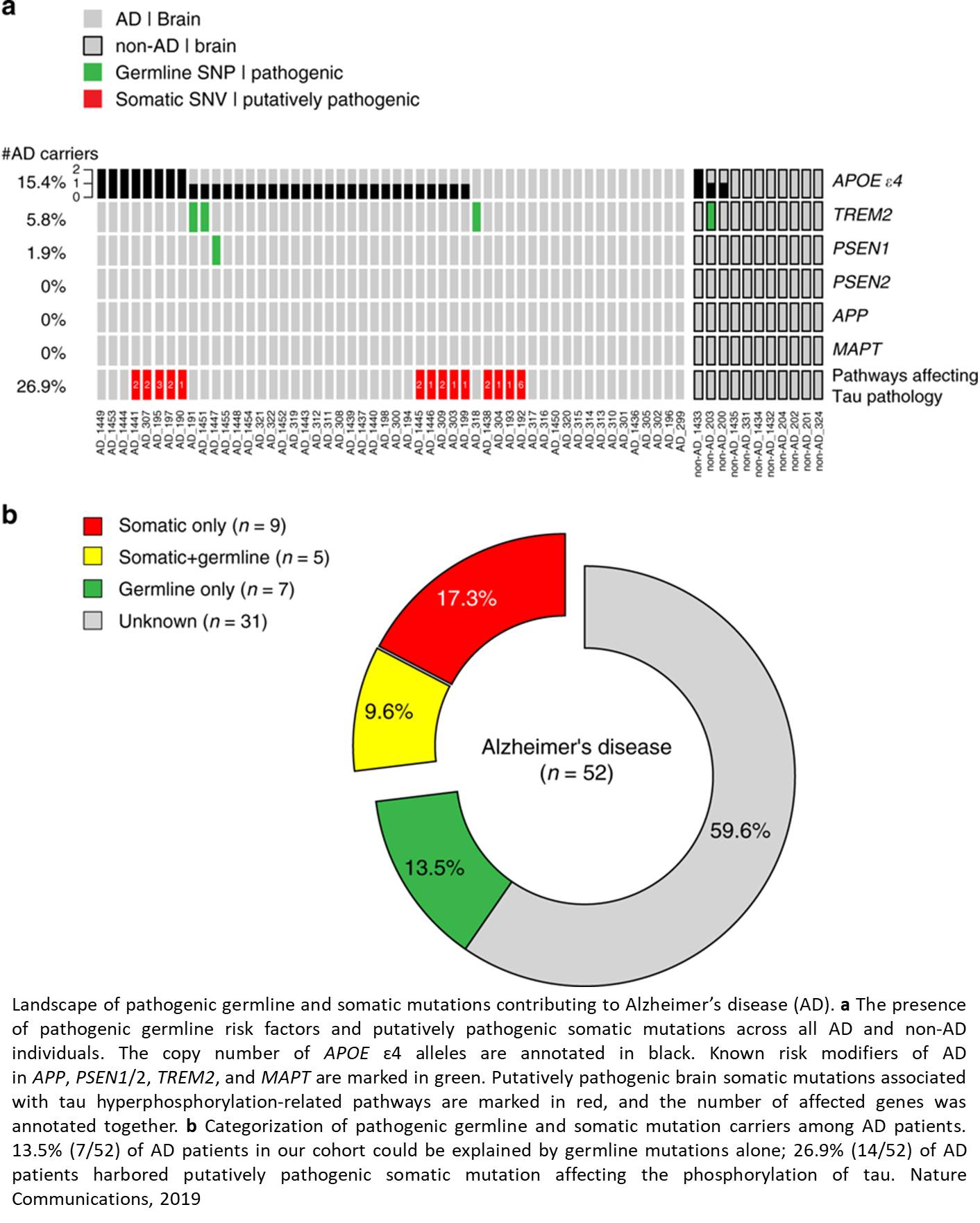 Researchers have identified somatic mutations in the brain that could contribute to the development of Alzheimer's disease (AD). Their findings were published in the journal Nature Communications.

Decades worth of research has identified inherited mutations that lead to early-onset familial AD. Inherited mutations, however, are behind at most half the cases of late onset sporadic AD, in which there is no family history of the disease. But the genetic factors causing the other half of these sporadic cases have been unclear.

Researchers analysed the DNA present in post-mortem hippocampal formations and in blood samples from people aged 70 to 96 with AD and age-matched controls. They specifically looked for non-inherited somatic mutations in their brains using high-depth whole exome sequencing.

The team developed a bioinformatics pipeline that enabled them to detect low-level brain somatic single nucleotide variations (SNVs) - mutations that involve the substitution of a single nucleotide with another nucleotide. Brain somatic SNVs have been reported on and accumulate throughout our lives and can sometimes be associated with a range of neurological diseases.

The number of somatic SNVs did not differ between individuals with AD and non-demented controls. Interestingly, somatic SNVs in AD brains arise about 4.8 times more slowly than in blood. When the team performed gene-set enrichment tests, 26.9 percent of the AD brain samples had pathogenic brain somatic SNVs that are enriched in PI3K-AKT, MAPK, and AMPK pathway genes known to be linked to hyperphosphorylation of tau proteins, which is one of major hallmarks of AD.

Then, they pinpointed a pathogenic SNV in the PIN1 gene, a cis/trans isomerase that balances phosphorylation in tau proteins, found in one AD patient's brain. They found the mutation was 4.9 time more abundant in AT8-positive - a marker for hyper-phosphorylated tau proteins- neurons in the entorhinal cortex than the bulk hippocampal tissue.

Furthermore, in a series of functional assays, they observed the mutation causing a loss of function in PIN1 and such haploinsufficiency increased the phosphorylation and aggregation of tau proteins.

"Our study provides new insights into the molecular genetic factors behind Alzheimer's disease and other neurodegenerative diseases potentially linked to somatic mutations in the brain," said the senior author.

The team is planning to expand their study to a larger cohort in order to establish stronger links between these brain somatic mutations and the pathogenesis of Alzheimer's disease.