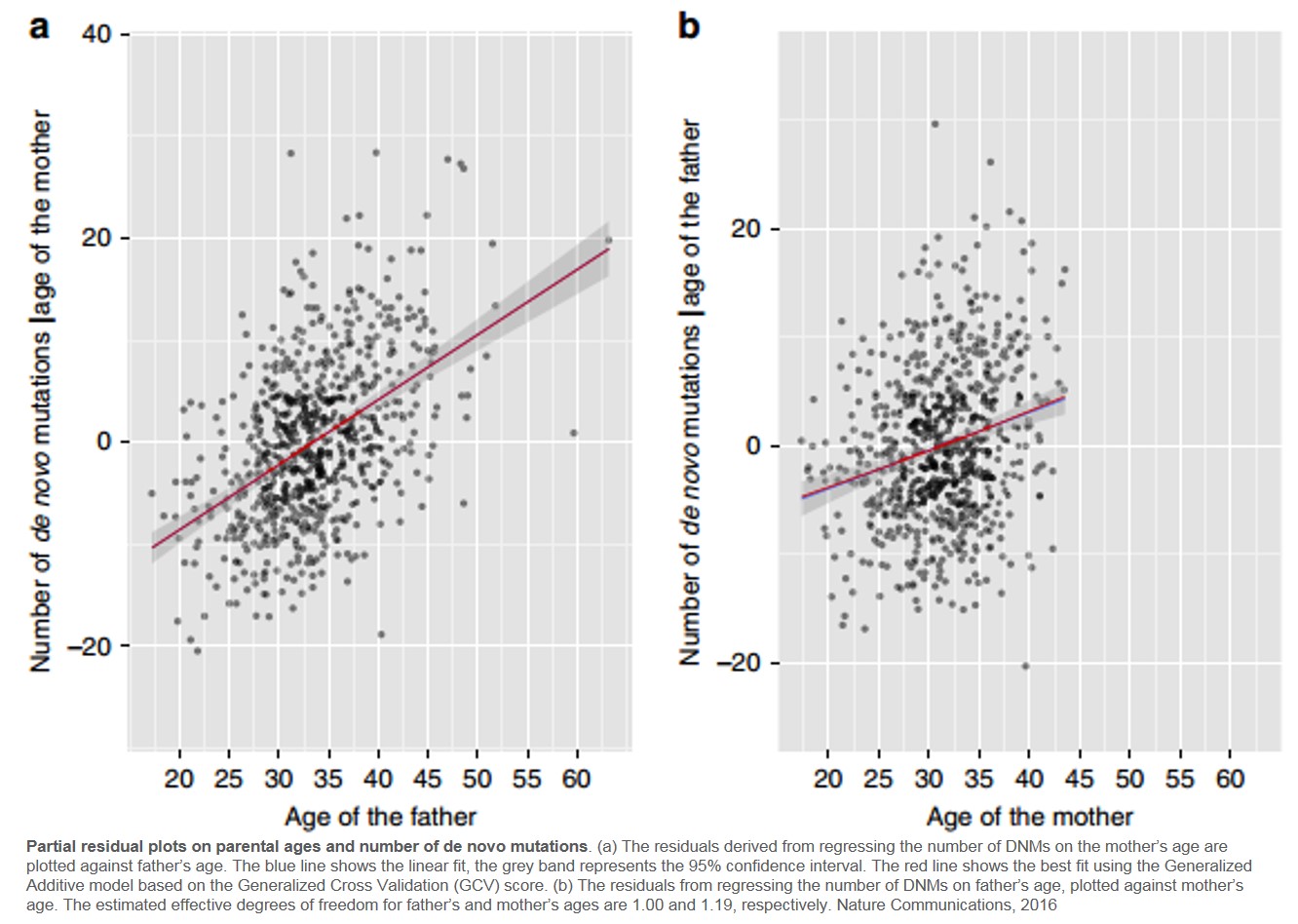 There have been a number of scientific reports supporting a positive correlation between paternal age and the frequency of germline de novo point mutations (DNMs) in the offspring. This correlation is especially evident in sporadic diseases that have been shown to be more frequent in the children of fathers of advanced paternal age.

The increase in the number of mutations has been hypothesized to be due to the accumulated number of cell divisions during spermatogenesis as the male ages. Germline mutations are the source of evolution and contribute substantially to many health-related processes.

Researchers use whole-genome deep sequencing data from 693 parents–offspring trios to examine the de novo point mutations (DNMs) in the offspring.

The estimate for the mutation rate per base pair per generation is 1.05 × 10−8, well within the range of previous studies. Authors show that maternal age has a small but significant correlation with the total number of DNMs in the offspring after controlling for paternal age (0.51 additional mutations per year, 95% CI: 0.29, 0.73), which was not detectable in the smaller and younger parental cohorts of earlier studies.

Furthermore, while the total number of DNMs increases at a constant rate for paternal age, the contribution from the mother increases at an accelerated rate with age.

These observations have implications related to the incidence of de novo mutations relating to maternal age.