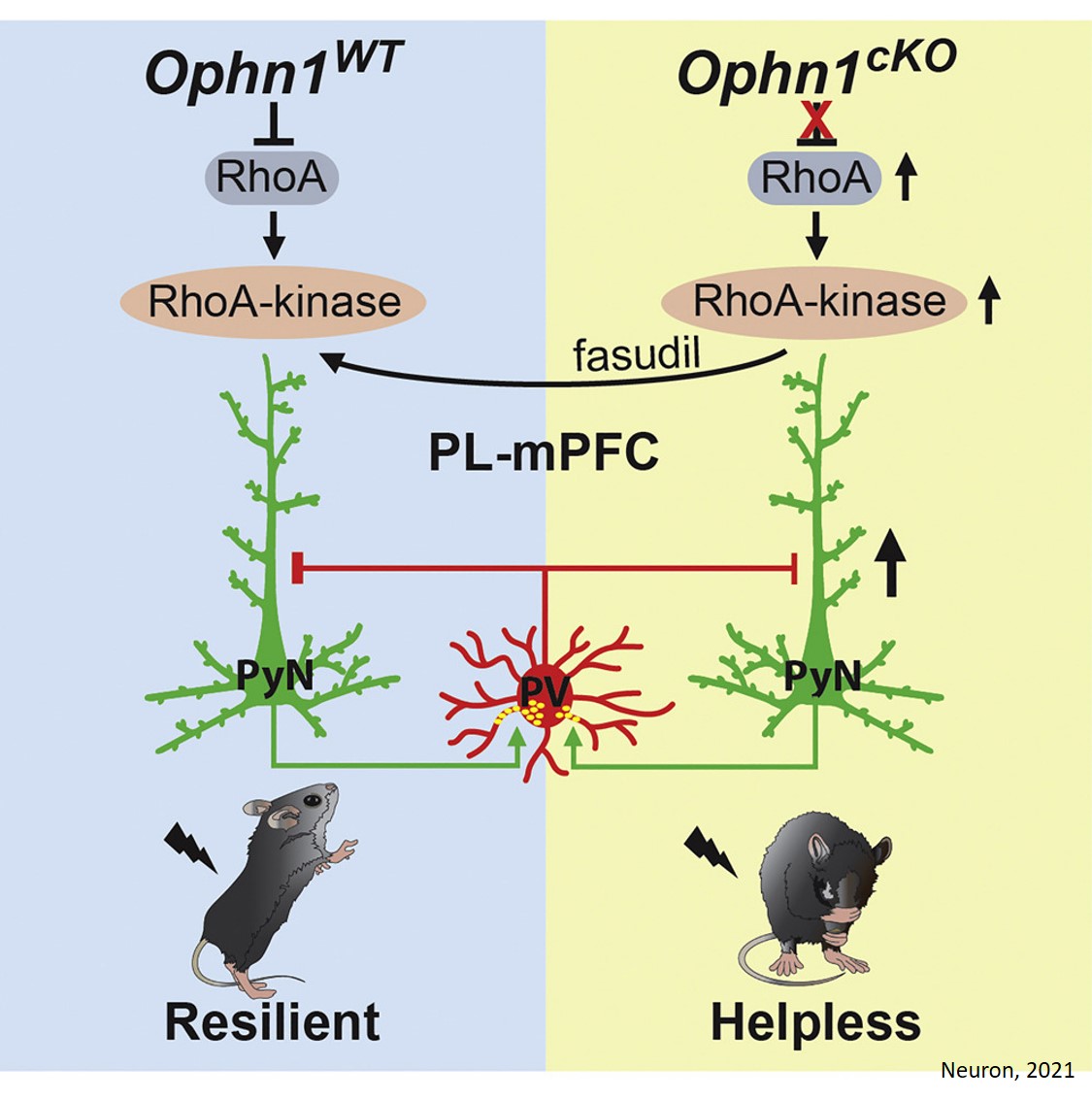 Everyone faces stress occasionally, whether in school, at work, or during a global pandemic. However, some cannot cope as well as others. In a few cases, the cause is genetic. In humans, mutations in the OPHN1 gene cause a rare X-linked disease that includes poor stress tolerance.

The researchers studied the mouse gene Ophn1, an analog of the human gene, which plays a critical role in developing brain cell connections, memories, and stress tolerance. When Ophn1 was removed in a specific part of the brain, mice expressed depression-like helpless behaviors. The researchers found three ways to reverse this effect.

To test for stress, the researchers put mice into a two-room cage with a door in between. Normal mice escape from the room that gives them a light shock on their feet. But animals lacking Ophn1 sit helplessly in that room without trying to leave. The authors wanted to figure out why.

The lab developed a way to delete the Ophn1 gene in different brain regions. They found that removing Ophn1 from the prelimbic region of the medial prefrontal cortex (mPFC), an area known to influence behavioral responses and emotion, induced the helpless phenotype. Then the team figured out which brain circuit was disrupted by deleting Ophn1, creating overactivity in the brain region and ultimately the helpless phenotype.

Pyramidal neurons are central to this brain circuit. If they fire too much, the mouse becomes helpless. Another cell, an interneuron, regulates the pyramidal neuron activity, making sure it does not fire too much. These two cells feedback to each other, creating a loop.

The authors found three agents that reversed the helpless phenotype. Fasudil, an inhibitor specific for RhoA kinase, mimicked the effect of the missing Ophn1. A second drug dampens excess pyramidal neuron activity. A third drug wakes up the interneurons to inhibit pyramidal neurons.

The senior author says: "So bottom line, if you can restore the proper activity in the medial prefrontal cortex, then you could rescue the phenotype. So that was actually very exciting. You should be open to anything. You never know. Everything is surprising."

The senior author hopes that understanding the complex feedback loop behind Ophn1-related stress responses will lead to better treatments for stress in humans.