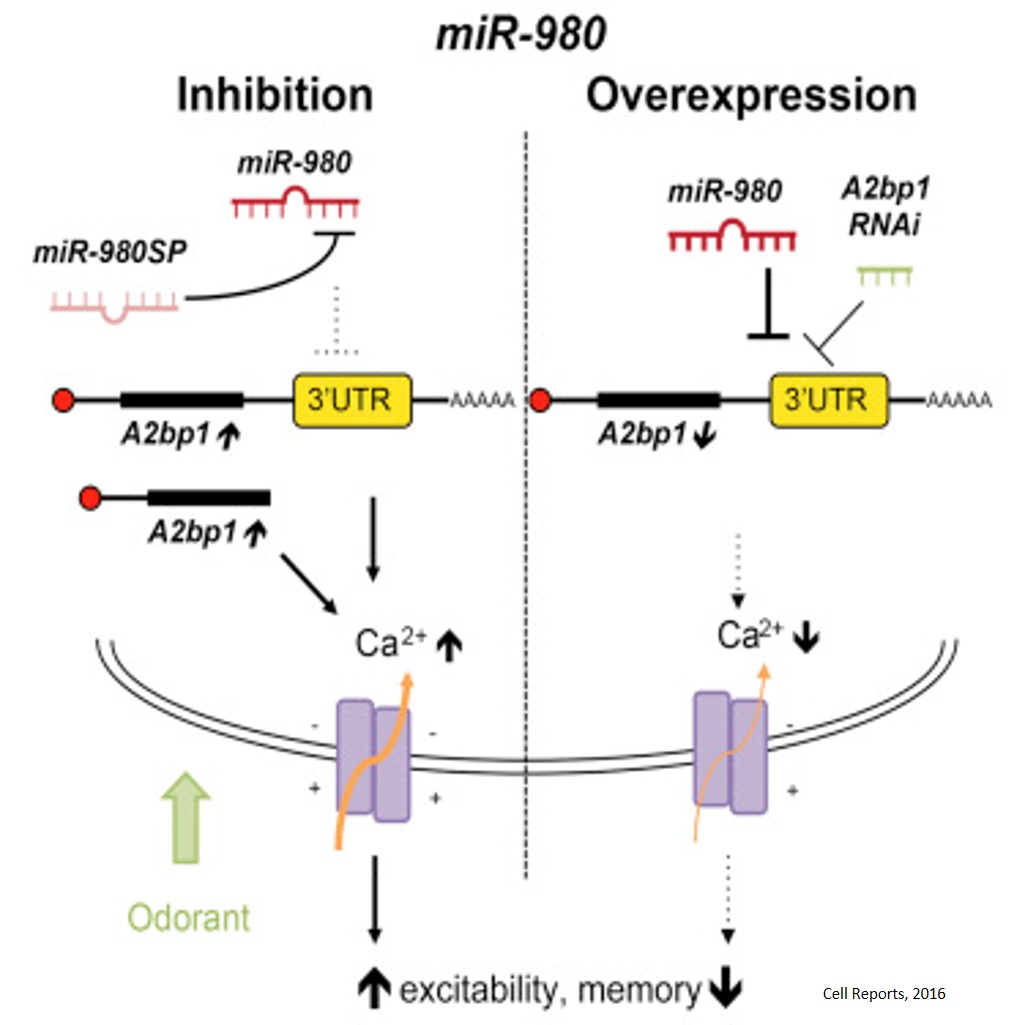 In a new study published in the journal Cell Reports, scientists show that one specific microRNA has strong links to a number of neuropsychiatric disorders, including autism spectrum disorder.

"We wanted to know what happens to behavior when we change the levels of these microRNAs," said senior author. "When we reduced the level of miR-980, the flies had better memory--that's something new and surprising. Tthis specific microRNA regulates neuronal excitability--the nerve's capacity for firing--and inhibiting it increased both memory acquisition and stability.”

Next, the researchers tried to uncover which genes miR-980 regulates, identifying 95 specific targets that might fit that bill. Intriguingly, they found that miR-980 targets and inhibits a gene known as A2bp1. This gene previously had been shown to be involved in susceptibility to autism. In addition, it works to promote memory.

"A2bp1 has been shown to be associated with autism spectrum disorder in humans," said co-first author of the study. "We discovered that when A2bp1 was overexpressed, it improved memory and that miR-980 also affected memory when artificially modulated. This offers a powerful model describing the gene network potentially underlying autism spectrum disorder. Linking this microRNA to a disease-linked gene may help us to uncover even more nervous system dysfunctions."

Authors speculate that the different neuronal networks that form due to varying levels of A2bp1 may account for the range of intellectual abilities observed in autism spectrum disorder in the fly model.