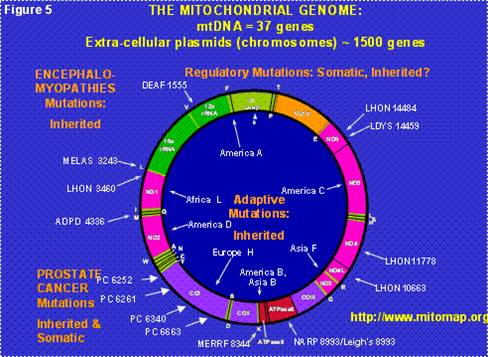 Mitochondria underpin energy conversion in eukaryotes. Their small genomes have been the subject of increasing attention, and there is evidence that mitochondrial genetic variation can affect evolutionary trajectories and shape the expression of life-history traits considered to be key human health indicators.

However, it is not understood how genetic variation across a diminutive genome, which in most species harbors only about a dozen protein-coding genes, can exert broad-scale effects on the organismal phenotype. Such effects are particularly puzzling given that the mitochondrial genes involved are under strong evolutionary constraint and that mitochondrial gene expression is highly conserved across diverse taxa.

Using Drosophila (the fruit fly) as a model organism, the research team had identified a single nucleotide mutation in the mitochondrial DNA sequence which encodes one of the core energy producing genes.

They demonstrate that sequence variation within the mitochondrial DNA (mtDNA) affects both the copy number of mitochondrial genomes and patterns of gene expression across key mitochondrial protein-coding genes.

In several cases, haplotype-mediated patterns of gene expression were gene-specific, even for genes from within the same transcriptional units. This invokes post-transcriptional processing of RNA in the regulation of mitochondrial genetic effects on organismal phenotypes.

Notably, the haplotype-mediated effects on gene expression could be traced backward to the level of individual nucleotides and forward to sex-specific effects on fertility and longevity.

"This mutation made males sterile but remarkably the ill effects were observed only in males; females who harbour this mutation maintain their fertility. This very same mutation that causes male infertility results in them living longer than flies that don't have this mutation. However, while remaining fertile, females that carry this mutation have shorter lives," author said.

This study thus elucidates how small-scale sequence changes in the mitochondrial genome can achieve broad-scale regulation of health-related phenotypes and even contribute to sex-related differences in longevity.