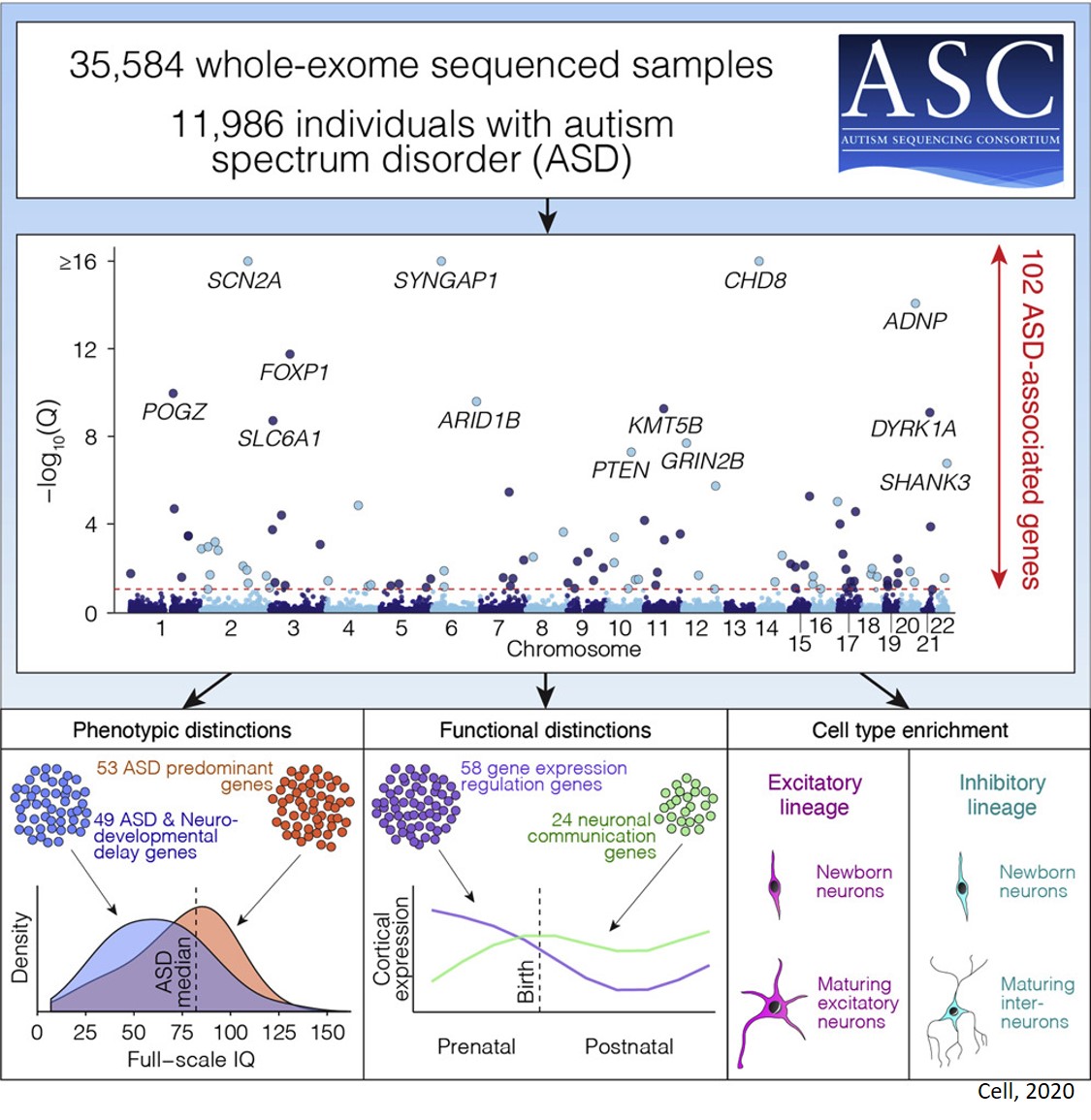 A major international study from the Autism Sequencing Consortium with participation of researchers from the Danish iPSYCH psychiatry project, has recently mapped 102 new autism genes. The new findings provide a new understanding of the biology behind autism, which could in the future be utilised to provide an earlier and more precise diagnosis and better treatment options.

Ever since the first autism diagnosis was made in 1938, researchers have been trying to clarify where the disorder originates. There have been many suggestions - along with many disagreements. But one thing has been clear for a while: Genetics play a major role with a heritability of up to eighty per cent.

The largest study so far of rare genetic variants has now identified 102 new so-called risk genes for autism. The results have just been published in the international journal Cell.

In the study, the researchers mapped the DNA building blocks in the genes of 35,584 individuals, of whom 11,986 had autism. The researchers then determined how many times each gene is affected by variants with "protein disrupting consequences", as the researcher puts it. "If a gene is more often hit by these mutations among people with autism than among people without it, this indicates that the gene is involved in the processes that lead to autism, and is thus designated as a risk gene," explains the author. The majority of the identified gene-destroying mutations are new mutations that are only found in the person with autism and not in their parents.

Expressed early in brain development, most risk genes have roles in regulation of gene expression or neuronal communication (i.e., mutations effect neurodevelopmental and neurophysiological changes), and 13 fall within loci recurrently hit by copy number variants. In cells from the human cortex, expression of risk genes is enriched in excitatory and inhibitory neuronal lineages, consistent with multiple paths to an excitatory-inhibitory imbalance underlying ASD.

The genetic findings provide an entirely new insight into the biological processes that are involved in the development of autism. Some of the genes identified alter early development broadly, while others appear to be more specific to autism. Most of the genes help determine how neurones communicate with each other or they regulate the expression of other genes.

"This new knowledge could provide a better basis for understanding autism. For example, it may help us to make a diagnosis earlier, which we already know makes life easier for people with autism and their relatives. It's also conceivable it could contribute to the development of personalised medicine for those who may want this," says the author. In other words, the results of the study may turn out to be crucial for the treatment of psychiatric disorders in the future.

However, the author also emphasises that the new findings can only explain a few cases of autism as these genetic variants are only present in few individuals. "For this reason, iPSYCH continues to study both rare and more frequent genetic variants," the author says.